Pioneering Hindi film music director Anil Biswas is a celebrated name in the history of Indian film music. He is credited with introducing orchestral music and effects into film music, as well as incorporating Indian classical and folk elements. Best known for his contribution in redefining the contours of Hindi film music, he experimented with song structures and forms, and successfully fused a repertoire of classical and folk tunes with western forms such as the symphony, orchestra and cantala. With an uncanny ability to pick and groom singers, he introduced singers like Zohrabai Ambalewali, and Begum Akhtar besides mentoring Lata Mangeshkar, Talat Mahmood, Mukesh and Meena Kapoor, whom he would later marry. Composing for more than 90 films, his key works include Kismet(1943), Anokha Pyaar (1948), Taraana (1951), Jwar Bhata (1954), Waaris(1954), Pardesi (1957) and Char Dil Char Rahen (1959). He was awarded the Sangeet Natak Akademi Award in 1986, bestowed by the Sangeet Natak Akademi, India's National Academy of Music, Dance & Drama.

He was born Anil Krishna Biswas on 7 July, 1914, in Barisal in East Bengal, in current Bangladesh, to Jagadish Chandra Biswas, a lower-level government employee. His musically inclined mother, who frequently sang bhajans, arranged for Anil to have basic music training at a very young age. Showing considerable interest in music and theatre as a child, he was exposed to the Bhatiyali songs of the boatmen and Baul songs since childhood. He excelled in the art of tabla as well as in singing Shyama Sangeet and Kirtan. A frequent participant in amateur theatre productions, he was accomplished in the performance of kheyal, thumri and dadra, as well as devotional music. He also performed in amateur theatre productions at the time.

As a student, he was drawn into politics given the turbulent times, as he immersed himself in the country’s freedom struggle. Involved in a series of bombings, he was even sent to jail on six occasions. After his father’s death in 1930, he was compelled to leave for Calcutta in disguise to evade arrest. With life in the city being difficult for the young Anil, he took up a series of small jobs, finding a minor position as a private music teacher. With his past catching up with him, he was re-arrested. Post his release from prison, he found service at the Megaphone Gramophone Company, thanks to intervention from renowned poet and musician Kazi Nazrul Islam. Moving to the Rangamahal theatre group, he worked as an actor, singer, and assistant music director. Working with the group from 1932 to 1934, he composed music for plays and also proved to be an accomplished singer.

With his reputation growing, he moved to Bombay in 1934 on the advice of his film director friend, Hiren Bose, who helped him secure work at Kumar Movietone. Thereafter, he moved on to Eastern Art Syndicate, working in various capacities. Biswas made his debut as a music director with Dharam Ki Devi (1935), being involved in 11 films until 1936. Moving to Sagar Movietone in 1936, he worked in several capacities on a number of films; however, his first real taste of fame came with Mehboob Khan’s Jagirdar (1937). His hit songs for the film brought his talent recognition, and he stayed with Sagar Movietone until 1939. After Sagar Movietones was merged with RCA's newly founded National Studio in 1939, Biswas returned in 1940 and continued with the studio until 1942. He worked on several films during this period, including the Mehboob Khan films, Aurat (1940), Bahen (1941) and Roti (1942).

Post 1942, he joined Bombay Talkies, where he worked on a number of films, including his landmark Kismet (1943). The film broke all existing records and ran longer than any other film in history until it was surpassed decades later by Sholay (1975). The song Dur hato ae duniyawalo is remembered till date for its patriotic fervour. His other hits included Jwar Bhata (1944) and Milan (1946).

With crucial changes sweeping the industry in the 1940s and 1950s, the collapse of the studio system which was being replaced by the distributor-oriented process, and the growth of the independent producer, Anil Biswas left Bombay Talkies in 1947 to go freelance. Working independently, he went on to compose music for several films in the 50s including Abhimaan (1957) and Pardesi (1957).

With popular musical tastes undergoing rapid change in the 60s, a disillusioned Biswas chose to shift residence to Delhi. The death of his son Pradeep in an accident is also said to have precipitated this move. Among his later films were Sautela Bhai (1962), and Chhoti Chhoti Baatein (1965). In Delhi, he was associated with All India Radio, and the government-run television channel Doordarshan, to a lesser degree. He served as the director of AIR's National Orchestra from 1963 to 1965, becoming the Chief Producer of Sugam Sangeet in 1965. Barring a two-year break during which he was Vice Chancellor of Jawaharlal Nehru University, he served with AIR (Delhi) from 1963 to 1975. Biswas also composed the music for Doordarshan's popular serials Hum Log (1984), Baisakhi and Phir Wohi Talaash. He also worked on several documentaries with the Films Division.

Anil Biswas is credited for the first Indian orchestra of twelve pieces and for introducing orchestral music and choral effects into Indian cinema. Not only was he a master in western symphonic music, but he was also known for employing Indian classical or folk elements, especially Baul and Bhatiyali, in his music. He was a pioneer in using the counter melody in film scores, using the cantala technique of western music, wherein one line overlaps the other in contra-melody. With Roti (1942), he used a blend of Western techniques with the Indian film song. He was among the first music directors to experiment with Raag Mala as seen in the song Ruti aaye, ritu sakhi re from Hamdard(1953). He created recitative prose songs as seen in Roti (1942). His use of western orchestration using indigenous instruments both in songs as well melodic interludes went on to set the trend for contemporary Indian cinema musicals. In 1986, he was honoured with the Sangeet Natak Akademi Award for his contribution to the field of arts.

Biswas is also known for having influenced many singers of the day, including Mukesh, Talat Mahmood, and Lata Mangeshkar. He not only gave Mukesh a break in Pehli Nazar (1945), but also advised the latter to stop imitating K L Saigal and develop his own individual style. Giving Talat Mahmood his first break in Arzoo (1949), he encouraged Talat to retain the characteristic quiver in his voice, and also to shift his focus from acting to singing. Biswas is also said to have coached Lata Mangeshkar in the art of breath control that is crucial in singing.

Biswas was married to Ashalata, an actress with Sagar Movietones, who is known for films such as Sajiv Murti (1935) and Sati Toral (1935). She continued to act under the name Ashalata Biswas. The couple had three sons and a daughter. They separated in 1954, and later divorced. He went on to marry singer Meena Kapoor, daughter of actor Bikram Kapoor. She had sung hit songs such as Rasiya re man basiya re in Pardesi (1957) and Kachhi hai umariya in Char Dil Char Raahein (1959). Biswas’ son, Utpal Biswas, also worked as a composer, as part of the Amar-Uptal music director duo which composed music for films such as Shahenshah(1988), Main Azaad Hoon and Aaja Meri Jaan (1993). Biswas's daughter, Shikha Vohra, is the mother of well-known documentary filmmaker, Paromita Vohra.

Anil Biswas passed away on May 31, 2003 in Delhi at the age of 88. Then Prime Minister of India, Atal Bihari Vajpayee condoled his death, calling him, “a doyen of film music who struck the rare balance between classical purity of music and popular pulse”, also crediting Biswas for leaving behind an enduring legacy as he introduced many talented singers and innovations to the Indian film music. 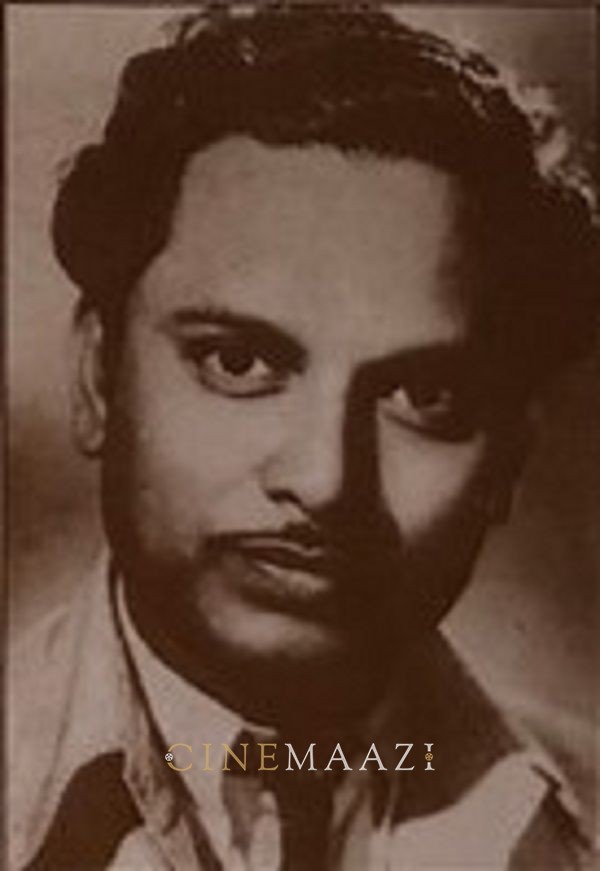