The coveted 'Saraswati Award' for 1970 is presented to Dr. Bhaskar Banerjee for his maiden work as a novelist. Bhaskar receives high compliments for his brilliant portrayal of a most interesting and unconventional character and whilst accepting the Award, he reveals that the character is not all his own creation, that it is not fictitious.

Bhaskar met Anand Saigal through a common friend, and is proud to have brought him before a much wider public through the medium of the book. Anand first came to Dr. Prakash Kulkarni, a close friend of Bhaskar and a prosperous general practitioner. Prakash told Bhaskar that Anand was suffering from lympho-circoma of the intestine. Knowing the disease to be totally incurable, Bhaskar was reluctant to take up the case, but after he had met Anand in person, he was astonished that a dying man could have such a wonderful zest for life and happiness. Could such a man be aware that, medically, he was under a sentence of death? In matter of fact, Anand not only knew his fate but was fully determined that every moment of his remaining weeks of short life would be a happy milestone.

Till Bhaskar met Anand, he had been in danger of turning a cynic. With a brilliant medical career before him, he despaired at his utter helplessness to aid the poor whose diseases were often synonymous with their abject poverty. On the other hand, Bhaskar abhorred the imaginary diseases of the idle rich; and unlike his friend Prakash, he shunned the opportunity of charging them high fees, merely to satisfy their mania-stricken and pampered minds. Gradually friends noticed Bhaskar withdrawing from the mainstream of life. He was becoming a recluse, and was concentrating on research work in connection with the problem of cancer.

Then came Anand, an everything was changed.

Anand! A man with a mission. To be merry and with the gift of sharing his infectious happiness with everyone who came into contact with him. He refused to stay in Dr Kulkarni's clinic as a patient, wasting away his fleeting yet invaluable moments of precious life. He ran away from the hospital and found shelter with Bhaskar. As the days passed, so happily with this extraordinary man, Bhaskar despaired of looking into the future, and even prayed for a miracle which his scientific mind knew was just not possible. Bhaskar watched with awe and wonderment as Anand's fail body, stricken with the deadly disease, disintegrated fast, yet each day his soul seemed capable of soaring higher and higher, to flourish all the more with the sheer joy of giving joy.

As Bhaskar and Prakash awaited the inevitable, Anand busied himself with the task of sorting out the personal problems of his new friends and with the effort to bring sunshine and happiness into their lives. Anand came to learn that Bhaskar has a secret love for Renu, a working girl, though both were too shy and secretive to express their innermost feelings. Anand happily took upon himself the task of breaking down the barriers that kept them apart, and with gay abandon, he manipulated their meetings in a manner what was to culminate in their realisation of true love for each other. To Anand, Bhaskar and Renu would owe and irreparable debt of happiness.

As the end drew closer, BhaskarRenu, Prakash, his wife the matron at the clinic, Bhaskar's personal servant - all were drawn closer to the ailing yet ever happy man. He often caught them unawares with his wit and wisdom, as they fought back the tears that would fill their eyes. Nothing daunted, he went along merrily bringing joy and happiness to all around him. Anand fought off his fatal disease with the determination to cling to happiness till his last breath.

As the end drew closer, Bhaskar, Renu, Prakash, his wife, the matron at the clinic, Bhaskar's personal servant- all were drawn closer to the ailing yet ever happy man. He often caught them unawares with his wit and wisdom, as they fought back the tears that would fill their eyes. Nothing daunted, he went along merrily bringing joy and happiness to all around him. Anand fought off his fatal disease with the determination to cling to happiness till his last breath.

And when the end came, Bhaskar and all of Anand's friends realised that nothing can end with death. The happiness that Anand had so generously spread around would live on and be the medium of Anand's immortality. 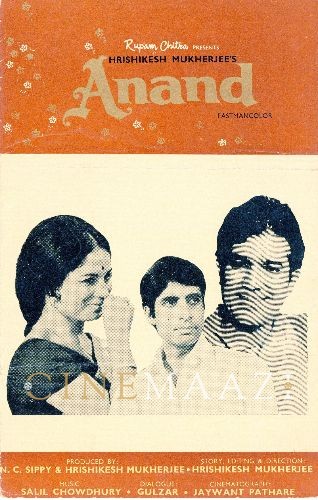 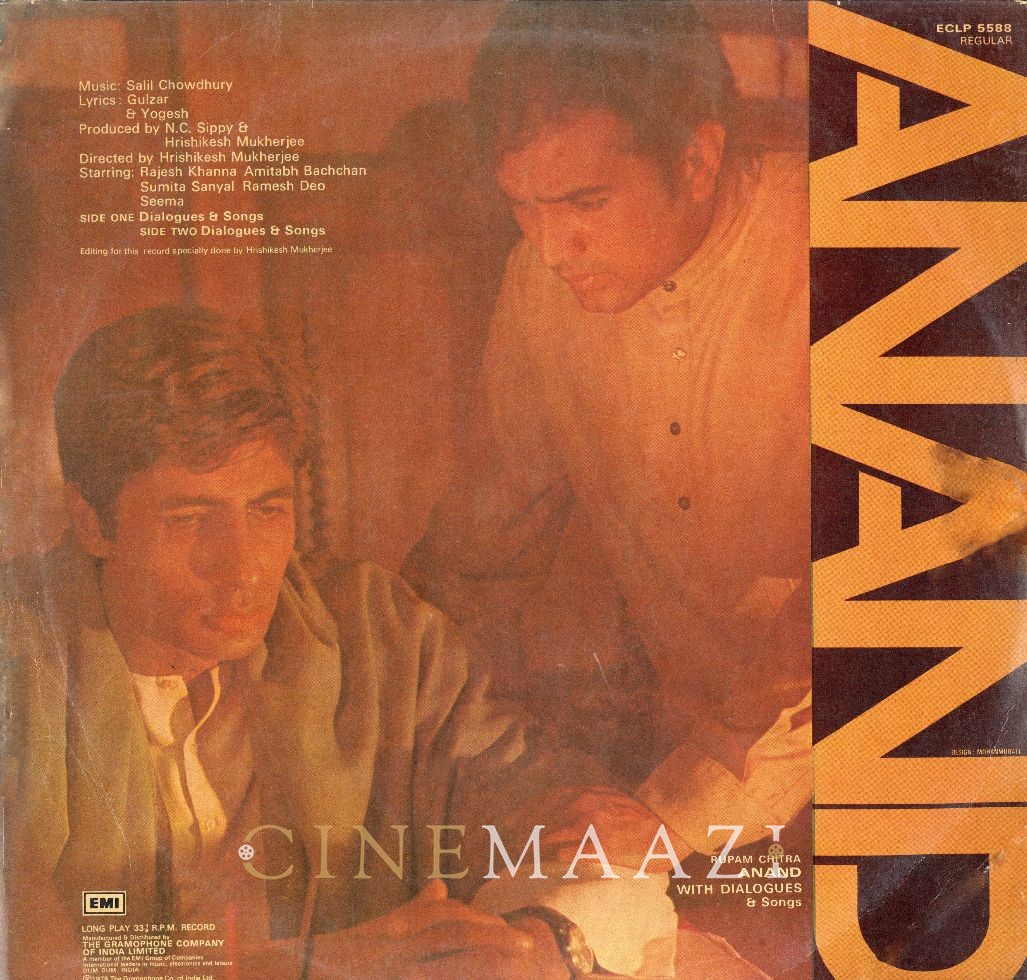 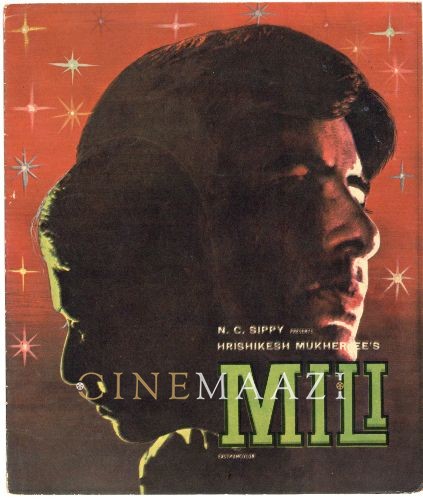