In the village of Rangpur there is a great bustle, for Sunderohachi is getting her son Shyamoo, married, and is fussing over the startling of marriage procession of bullock chariots. After an exciting chariot-race, the party reaches the bride's village and returns with Radha, the bride.

Radha's romantic draams of a newly-wed wife soon dissolve and she finds himself engrossed in household duties and work in the fields, and instead of sweet whisperings of love she has to bear the constant nagging of the mother-in-law. Her youthful spirits however, keep buoyant, fostered by the companionship of her childhood friend, Kamla, who is her neighbour and is married to Bansi, a friend of her husband's She whole-heartedly enters into the gaieties of village life, and soon a son is born to her. Just then, Sukkhi Lala, the village money-lender comes to claim his debts which Sunderchachi had incurred in connection with the marriage of Shyamoo. Shamoo is unable to repay, because crops have been had inspite of hard work. Although Radha tries to keep up Shyamoo's spirits, he latter feels the burden of the debts, as the money-lender keeps on threatening.

With the birth of the third son to Radha, Sukkhi Lala increases his pressure and Shyamoo gets almost mad with worries from which he sees no way out. Life has become terrible. After taking a last look at his sleeping family, Shyamoo one night disappears-nobody knows where.

Radha, who is expecting a fourth child, cannot afford to indulge in grief. Sukkhi Lala has to be paid.

To crown her despair her mother-in-low dies. Radha sells her last pair of bangles to feed the brahmins, and decides, to fight the battle for existence single-handed. Radha works in the fields and rears her boys. With the sympathy and help of Bansi and Kamla she puts forth superhuman efforts.

But again fate intervenes, for a great famine rages in the village and cattle and people die for want of food and water Radha loses two of her eldest sons. Her two other sons might also die of starvation.

Sukkhi Lala offers help on his old conditions that she should visit him. With no prospect of saving her children, Radha decides to go to Sukkhi's house.

Sukkhi is overjoyed. Radha is like one in a trance. But just when Sukkhi is about to make his advances, a great rain-storm breaks out and the dilapidated roof of Sukkhi's house collapses on him.

Sukkhi cries to Radha to help him and Radha with compassion in her heart extricates the money-lender from the debris.

There is joy in the village at the unexpected downpour and the year of famine is followed by a few years of plenty. Sukkhi has not forgotten Radha's saving his life, and the woman for the first time fells easy. Her eldest son Ramu has grown into a fine specimen of manhood and is happily married to Jamna, a beautiful village maiden. Radha loves her youngest son, Briju the most. But Briju is a scamp, keeps dangerous company and gambles. He starts persecuting Tulsi, the daughter of Kamla, the dearest friend of Radha. Ramu tries to check Briju but Briju grows wilder and wilder. He wants to marry Tulsi, but Kamala does not agree. Briju goes from bad to worse and mortgages the whole family property. A quarrel between the brothers ensues to the great grief of Radha. Briju leaves the house.

Soon the village is terrorised by a gang and the suspicion falls on Briju that he is the leader. But Radha does not believe the rumour. Then Sukkhi Lala receives a demand for two thousand rupees from Briju on pain of death. Sukkhi rushes to Radha. Radha goes to meet Briju at the place where Sukkhi was to bring the money. The mother appeals but the son remains unmoved. The code of robbers triumphs.

Sukkhi hears the noise of the breaking of his door. He uries his wealth. Briju comes, and demands money. Sukkhi tries to treat it as a joke. The joke ends in Sukkhi being strangled by Briju, his wealth remaining hidden.

Next day there is a great uproar in the village. The people get furious. They accuse Radha and abuse her. Ramu advises leaving the village. Radha refuses. Suppose her long-lost husband Shyamoo returns and finds the house empty!

Kamala is marrying her daughter Tulsi. She invites Radha. Radha refuses because the whole village is against her. Kamala prevails on her to attend the marriage. As soon as the villagers see Radha, one by one they begin to leave. Radha has become an outcast. She prepares to leave when Briju appears on the scene and abducts Tulsi, his band keeping villagers bay. The villagers overpower the robbers. But Briju is gone with Tulsi. Briju is delayed by Ramu who accosts him, and is about to mount his hourse when Radha catches hold of his stirrup. Briju spurs the horse. Radha is dragged behind. She falls down dragging Briju's gun with her. Briju is riding away. Radha shouts to him to stop. She looks at her son riding away with her dearest friend's daughter-the conflicts rages between the woman and the mother. 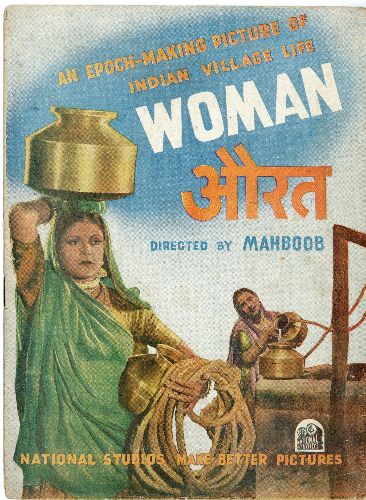 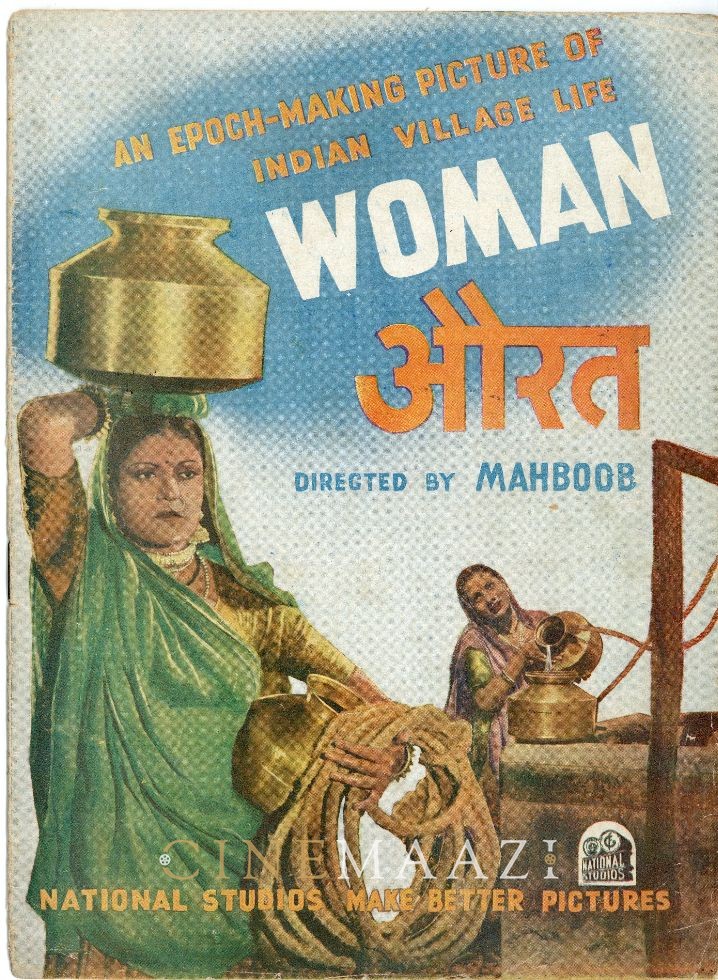 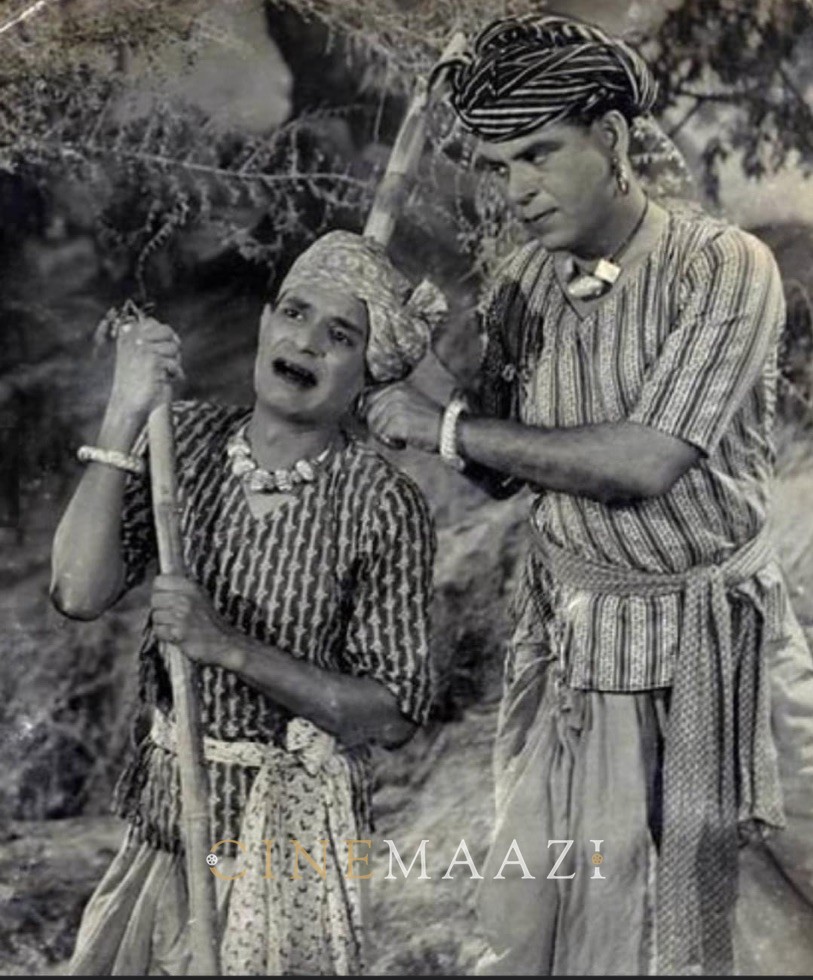 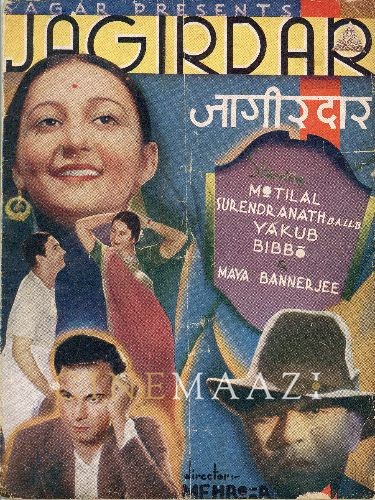