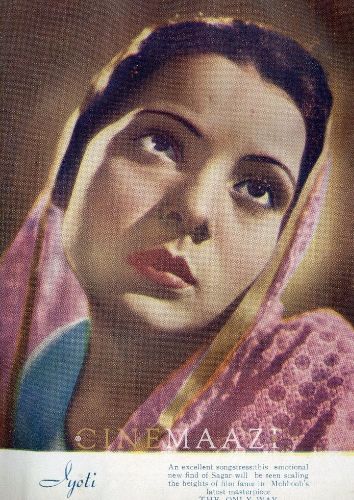 Singer and actress, Jyoti was born in 1921 in Fatehabad, Agra in Uttar Pradesh. Termed as the sweet crooner of the Indian screen, she was born as Sitara Begum. She had an elder sister, Wahidan, who was the mother of famous actress Nimmi. Apart from Jyoti and her elder sister, none of her other siblings survived. Before Jyoti was born, her father visited the Khwaja Dargah in Ajmer Sharif and prayed for a child. Jyoti was born and survived.

She grew up in a musical atmosphere and learned the classical music of Agra Gharana. While she chose music, her elder sister, Wahidan joined Ranjit Studio and became a popular singer and actor. Wahidan appeared in films like Professor Waman M.Sc. (1938), Prithvi Putra (1938), Rikshaw-wala (1938), and Secretary (1938). Sitara Begum’s entry into films came easily due to her elder sister Wahidan, who also gave her a new screen name - Jyoti.

While her songs from Ek Hi Rasta (1939) became popular, Jyoti bagged another project with Sagar Movietone’s Comrades (1939) which was directed by Nandlal Jaswantlal and co-starring Surendra, Maya Banerjee, Harish, Jilloo, Sankatha Prasad, Kayam Ali, and Bhudo Advani. While the film didn’t match expectations, Jyoti’s performance in the film was praised by the popular film magazine Film India. In the October 1939 issue of the magazine, Baburao Patel wrote, “Jyoti, who seems to have improved greatly since her last appearance in The Only Way, shares the acting honours with Surendra who is better in the serious than in the lighter sequences”. In fact, songs sung by Surendra and Jyoti were the points of appeal in the film. Under the direction of composer Anil Biswas, Jyoti sang, Naach naach man mor, chand ne has kar kiya ujala and a duet with Surendra, Aan base pardes sajanwa, aan base pardes.

Her other films with Sagar Movietone include Bhole Bhale, Sadhana and Uski Tamanaa, all released in 1939. The film Sadhana, also starring Prem Adib, Shobhana Samarth, Bibbo and Kanhaiyalal turned out to be a big hit in the cinema halls, running to a silver jubilee at the Imperial Cinema.

The year 1940 turned out to be one of the best years for Jyoti. With the closing down of Sagar Movietone, Chimanlal Desai joined hands with Yusuf Fazalbhoy to form National Studios in 1939. Mehboob Khan, who acquired an eminent position in National Studios, started the production of his film Aurat (1940), the earlier version of Mother India (1957). While Sardar Akhtar, Yakub and Kanhaiyalal played the lead roles, Jyoti played the role of Jamuna, the love interest of Surendra’s character, in the film. Again she was praised for her “growing personality” and her performance on screen. The music of the film, composed by Anil Biswas, was another high point of the film. Jyoti, again, sang five duets with Surendra, including Bol bolt u bol re papiha, Baadal aaye badal gaya sansar and Pani de pani de.

In the film Sanskar (1940), directed by Virendra Desai, her performance was appreciated where she also sang with her sister Wahidan in the song Kaise rain katee mori and three duets with Harish including the song Sakhi ri baalam de de udhaar under composer Ashok Ghosh. The film Pooja (1940) also added to her fame when her songs, Lat uljhi suljha ja balam, Mori bagiyan mein aayenge maali and a duet with Satish, Panchhi ban ke udd jaye jamuna ke uss paar re saajan, became quite popular.

Around this time, Wahidan fell ill and returned to Fatehabad, where she passed away after a prolonged illness.

In 1941, Radhika and Darshan were released. In Radhika, Jyoti, alongside Nalini Jaywant and Veena Kumari, sang two songs, Naacho gao khushi banao, Krishna janma hai aaya, and Janam janam mori aarti jaage. In C M Luhar’s Darshan (1941), Jyoti played the leading role opposite Prem Adib. Sweet and charming, Jyoti shone again as a star with a new personality. The music of the film attracted much attention, where Jyoti gave a soothing lilt to her music and the songs were well sung. Her song, Mai kunjan mein phulan aayi re was well received along with her duet with Prem Adib, Bol re saheli tu phir bina ban ke bol. In Jawani (1942), apart from acting, she sang only one song with Husn Bano, Sajan milan ki biriya, chhai chhai rahi andhariya. She then acted in Amanat (1943) after which she returned to Fatehabad.

In 1942, there was a rumour that Bombay was going to be bombed and Jyoti, a simple girl, got so scared that she left Bombay. She stopped working for around three years and then, after much cajoling by director Mehboob Khan and A R Kardar, she resumed work in 1945. Pratima (1945) was her first release after her long break. After that she worked in Central Studio’s Saathi (1946) where she sang Kiski yaad sataye, Silver Films’ Devar (1946) where she sang two songs, Koi hasta hai, koi ro raha hai and Barbaad kiye jaao gareebon ki khushi.

Raja Movietone’s musical entertainer, Dhadkan (1946) had Zahoor Raja, Jyoti, Misra and Murad in the lead roles. The caption under her photograph published by Film India magazine read: Jyoti, bursting with youth and all the glamour of it conveys something irresistible with those meaningful eyes and half-suppressed smile.

In her career, she sang 38 songs in 12 films. She married G M Durrani, her co-singer in many films. 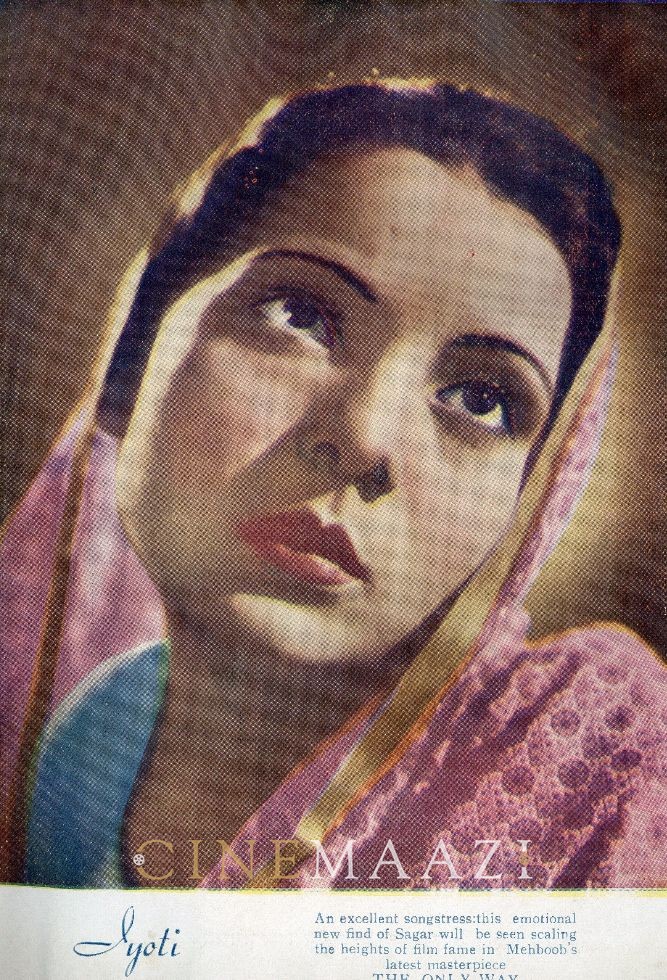 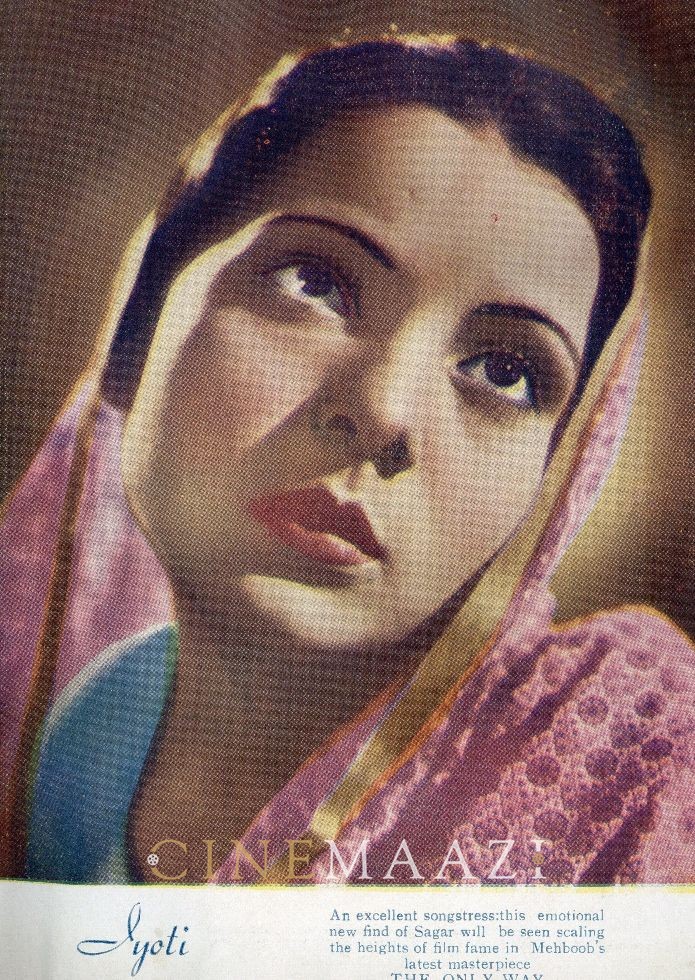 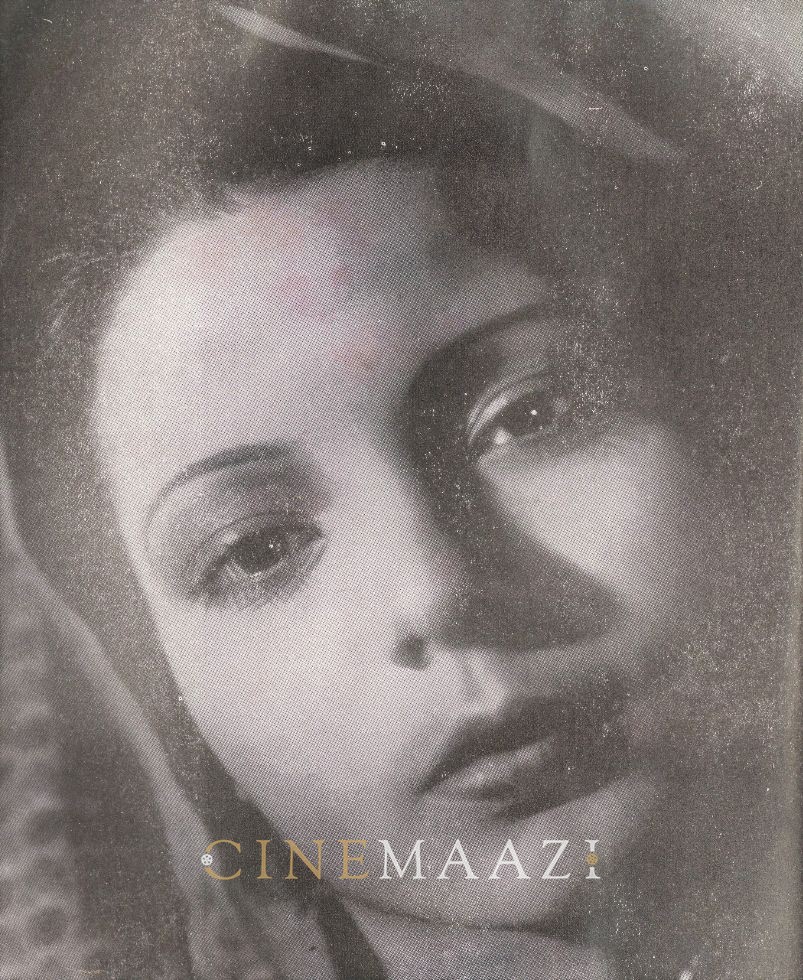