Now that he had retired from the principalship of the Sanskrit college, Lok Nath had thought he would pass his days peacefully with his wife-Parmeshwari. But, he did not know he shall have to face newer problems of his children who had grown up.

Shree Nath was of marriageable age and so was his daughter-Gopi. Gopi was a naughty girl given to chiding her brother on the topic of marriage even as she got a thrashing from him. One day they came quarrelling right on to the place where Bhimsen and his wife Mayadevi had come to see the boy.

All felt embarrassed, but, the boy was approved, for he earned well and he was good to look at. They got their daughter Rani married to the boy.

A girl usually (after marriage) goes to her parents immediately after visiting the place of her in-laws for a day or so, but, Rani could not, because of the Shradhs and then because of Navratri. Bhimsen and his wife knew it was an ill omen, but, when Rani could not come even after that they got annoyed. And the neighbours of Maya, Bhimsen’s wife, fanned Maya’s ire. “You have got her married and not sold her,” they said….

Rani had not come because her mother-in-law had fallen ill. Maya sent her son to know the reason of that strange behaviour. When he reached sister’s home he was greeted by Gopi, Shree Nath's younger sister. Rani and Shree had gone out for a walk. Gopi was naughty, but, Gopal proved naughtier and their little mischiefs turned into love. Rani stood shocked when she came to know while Shree did not bother till he became certain. The only course open-he thought-was to get them married inspite of the knowledge that Gopal did not earn a penny.

The parents on both sides opposed the union, it was not possible for them to marry each other’s sister. Shree’s father threatened to turn Shree out for taking that stand, but, Shree stood firm and the old man had to yield. On the other side Maya, egged on by the neighbours, accepted the match with a view to avenge her daughter. And marriage took place.

After the marriage Maya not only disallowed her daughter-in-law to visit her parents but also loaded her with all sorts of house-hold work, she made her existence miserable. Shree came to fetch her but was refused by his mother-in-law, Shree went away snapping the relationship between themselves saying he will never send rani likewise.

The day of Rakhsha Bandhan came, but, the sisters could not go to their brothers to tie the Raksha round their wrists. Gopal picked up courage and came along to see the sister defying his mother openly. Shree saw him coming to his place inspite of the ban, but, when Gopal showed him his sister’s Rakhsha, Shree gave way telling Gopal they all were suffering because of his not earning and consequently not being able to take a stand. It unruffled Gopal and he away from his house and Maya turned her daughter-in-law out. And when Shree’s sister came back Shree dispatched Rani to her father’s place. 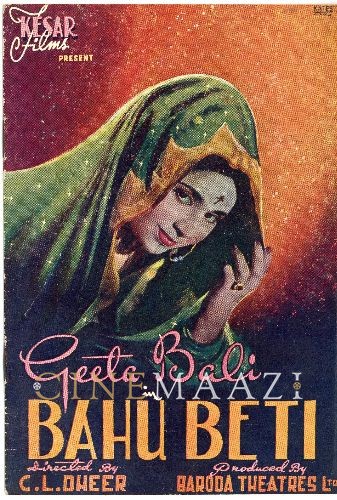 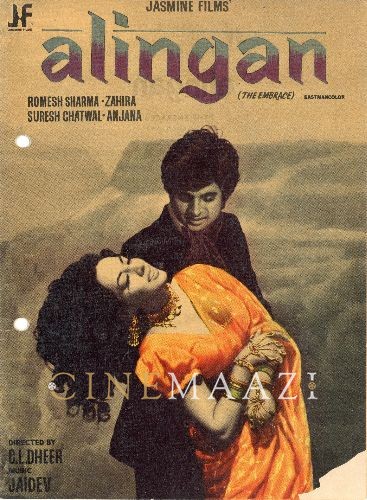