"Dharam Yudh" -the noble war of principles - has to be fought by every human being at some time or other when the greatest love of his life clashes with the call of duty, when the principles one has cherished all one's life call for the sacrifice of a human relationship that is the only reason for living.
"Dharam Yudh" deals with one such fascinating, unforgettable human drama, involving two steadfast, principled and upright friends.

"Dharam Yudh" is the story of one such Thakur who kept alive the plant of justice and fairplay which even generations of his forefathers had so zealously guarded.

"Dharamyudh" is also the story of Pratap Singh who knew well how to be a good friend and a deadly enemy! He can give his life in friendship and take a life if it belongs to his enemy!
Thakur Vikram Singha and Pratap are two ideal friends. Pratap's sister Guddi, before tying a raakhi on her own brother's wrist, first ties a raakhi on the wrist of Vikram Singh, and Vikram Singh, too, treats Guddi as his loved sister.

The one sister of two brothers, the light of their lives, one day becomes victim to the lust of an unknown rapist and murderer. The only eyewitness to the crime is taxi driver Kundan. The murderer silences Kundan by pumping a barrage of bullets in his chest. But before dying, Kundan tells Pratap the name of Guddi's killer. To dying Kundan, Pratap gives his word to avenge the death of Guddi and hunt the killer, because he is not only the killer of his sister Guddi but also the rapist and killer of Kundan's own sister.

The murderer and his identity becomes the greatest stumbling block in the friendship of Thakur Vikram Singha and Pratap. To keep justice alive, two friends Vikram and Pratap turn into sworn enemies, pledged to take revenge from each other. Their deadly enmity is based on a single, BIG LIE, uttered by the acknowledged Apostle of Truth, the old grandfather of Thakur Vikram Singh, who spoke the first and last lie of his life, without realizing that you cannot protect one evil, without hurting and destroying so many good and innocent lives.

In what dramatic circumstances did Truth surface in a maze of lies and suspicion? Who was the mysterious killer whose footsteps gave a terrifying sound which an old woman could recognize amidst a thousand feet?

Why did the old man speak the only lie of his life?

And what was the result of the no-holds-barred War of Principles, the Dharam Yudh fought between two dear friends turned into unforgiving enemies?

"Dharam Yudh" is that surprise-a-minute movie which unfolds a new peak of emotional suspense. 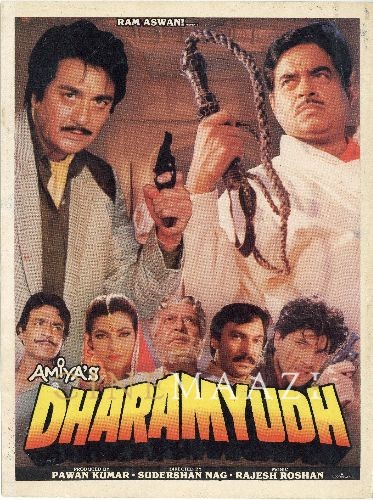 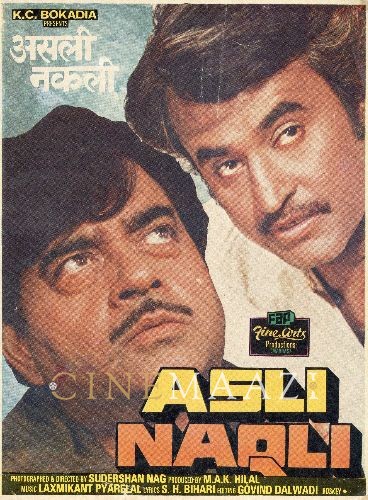