Colleges in Bombay have closed down for the Diwali vacation, and Sudhir Joshi is taking along with him his friend Ajay Sinha to Goa to spend the holidays there with him and his family. Ajay is thrilled at the prospect of seeing that beautiful part of India with historical landmarks, enchanting beauty spots, palm-fringed idyllic beaches, dreamy lagoons, blazing bogainvillaeas and colourful people.

On board the ship, a robber enters their cabin and tries to run away with the diamond necklace that Sudhir is carrying for his mother. The two friends wake up and persue the robber. In the scuffle the robber is killed by Sudhir. Ajay to save his dear friend, takes the blame upon himself and is arrested.

Ajay is convicted by the judge to three years imprisonment and sent to Aguad Central Jail, Goa.

After spending nearly two years in Jail, Ajay is let off on parole for fifteen days.

Ajay walks towards the city to go to Sudhir's house. On his way he feels thirsty and enters a sugarcane field, where he meets the landlady and, later on, her charming daughter Poonam.

Sudhir receives Ajay warmly and, in sheer fun, introduces him as Prince to his circle of friends. Everybody takes him to be a real prince and gives him much attention.

Ajay and Poonam have several chance-meetings. They fall head over heels in love with each other. There ensures a whirlwind of sweet romance between them.

Ajay confides to Sudhir that he has fallen in love with a charming girl. Sudhir is happy to learn that and wants to know who she is. But Ajay asks Sudhir to show his girlfriend to him first. So the two friends decide to invite their respective girl-friends to the restaurant at the beach and introduce them to each other. At the appointed time only one girl (Poonam) appears at the restaurant. Sudhir refers to her as his girl-friend. Ajay realises the truth and lies to Sudhir that he was only joking and that there never was any girl-friend of his. But Sudhir, who is watching them closely does not fail to be convinced from their expressions that Poonam and Ajay have met before and that they are romantically drawn towards each other. Sudhir turns green with jealousy and his friendship with Ajay begins to crack.

Poonam's mother refuses to be rushed by Sudhir's parents into fixing the date for the betrothal.

But on the Divali festival night Poonam and Ajay happen to meet again. Sudhir in order to make fool of Ajay, contrives to get him drunk. Ajay soon drops all discretion and begins to dance with Poonam in a mad frenzy. Sudhir jealous and drunk, rushes to the dancing couple, tears them apart, calls Ajay by names and brands him a murderer a convict in the presence of the big gathering. This pronouncement shocks everyone. Poonam does not believe it and askes Ajay to contradict it. But Ajay confirms the statement and leaves for jail.

But soon the truth is revealed and Poonam, made with joy rushes out to meet her beloved Ajay. 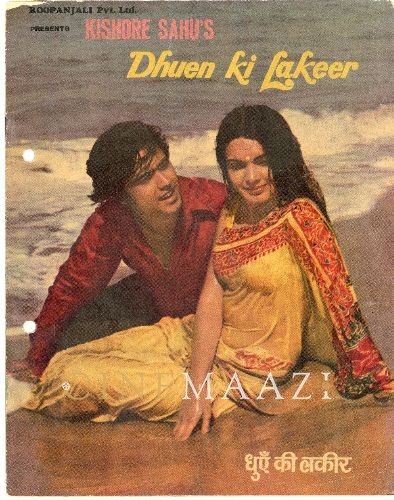