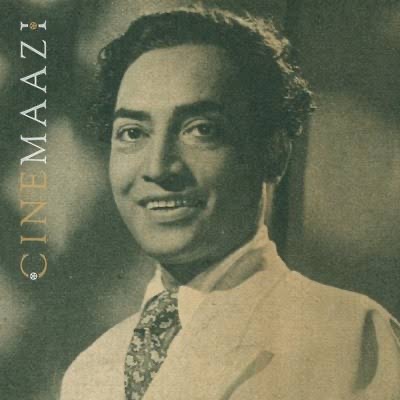 While even passionate cinephiles of Indian cinema may not remember him today, Kishore Sahu was one of the most respected film-makers of his time. Not only did he act in, direct and produce films, but also wrote for them, all the while bringing Hindi cinema into intimate contact with Hindi literature. Born on 22 November 1915 in Rajnandgaon, Chhattisgarh, Kishore was interested in theatre even as a child.
By the time he was a student of the Morris College in Nagpur, he was so involved in theatre the very bright Kishore was barely managing to pass his classes. Having both written and acted in plays in school, Kishore’s writing had already been honed to a fine skill.

Once he had graduated from college, Kishore wanted to go into theatre full-time. Keeping in mind his magnetic personality and his delicate good looks, his friends advised him to try his luck in films in Mumbai. While looking for work in Mumbai, he met Ashok Kumar. This opportune meeting led him to recommend Kishore to Himanshu Rai, the owner of Bombay Talkies, thus setting him on the path to success. Himanshu Rai cast Kishore as his hero in the film Jeevan Prabhat (1937), opposite his own wife, the actress Devika Rani.

Though his very first film was a hit, Kishore returned to Nagpur with the feeling that this was not all that he wanted to do. Soon, with the help of one of his friends, he established a production company by the name of India Artists Limited. The first production under this banner was Bahurani (1940). With its progressive take on caste and untouchability, Bahurani received a great deal of critical acclaim. Following Bahurani, Kishore acted in Bombay Talkies’ Punarmilan (1940), which also proved to be successful. At the very start of his career therefore, Kishore already had three successive hits to his credit. He decided to star in a different genre with Kunwara Bap (1942), still remembered as one of the best comedy films made in India. As both the director and male lead in the film, Kishore asked his friend, the eminent Hindi author Amritlal Nagar, to pen the script as well as appear in the film as one of the characters.

While he was still being praised for his demonstration of comic timing, Kishore’s next film, Raja (1943), featured him as an angry young man. In the meantime, Kishore also continued writing. A prolific writer, he penned stories, novels, plays, and numerous poems. This did not prevent him from continuing to direct films, and he made  Veer Kunal (1945), Sajan (1947), Sindoor (1947), Kali Ghata (1951), and Hamlet (1954) around the same time. His film Mayurpankh (1954) was shot in Gevacolour but proved to be unsuccessful at the box office. Dil Apna Aur Preet Parai (1960) starring Meena Kumari and Raaj Kumar was a commercial success.

In the last few years of his career, however, Kishore was displeased with the rapid advent of technological innovations in Indian cinema. By the seventies, the world of film had changed almost entirely. He made Hare Kanch Ki Chooriyan (1967), with his daughter Naina Sahu in the lead, but filmmakers like him had already been relegated to the margins with the changing times. He shifted to playing character roles among which his role as the judge in Guide (1965) was notable. Still unwilling to give up his relentless fervor for cinema, Kishore Sahu kept working on his last film until he breathed his last in August 1980.