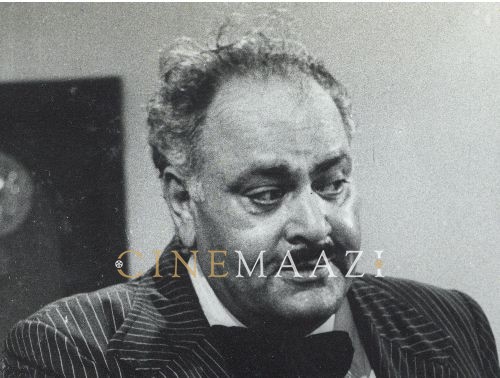 Born in the year 1929, in Rawalpindi, Punjab, British India, he hailed from a wealthy family of Jaipur. He owned a vast property near Khasa Kothi in Jaipur, and Ford cars. He became involved in acting as an amateur, and also worked as a production assistant in All India Radio. He apparently moved to Bombay along with Shashi Kapoor, who had visited him in Jaipur. Changing his name from Pushpendra Rae to Pinchoo Kapoor, he went on to make his debut in Hindi films with Anmol Ghadi (1946). He played a character called Prakash in this Mehboob Khan directorial starring Surendra, Suraiya and Noor Jehan, which told the tale of childhood lovers Chander and Lata who get separated when Lata moves to Bombay with her family.

He went on to appear in a range of character roles such as the prosecuting attorney in Apradhi Kaun?, the blackmailer in Baazi (1968), the murderer in The Guru (1969), the swami in Bombay Talkie (1970), the postman in Do Boond Paani (1971), the judge in Badnam Farishte (1971), and the nawab in Prabhaat (1973). Bandhe Haath (1973) saw him cast as the doctor, while he was the fussy train passenger in Sone Ke Haath (1973). He essayed the lawyer in Imaan Dharam (1977), the boss in Dream Girl (1977), the Supreme Court advocate in Karm (1977), the colonel in Badalte Rishtey (1978), and the general manager of Jeevan Bima in Bhola Bhala (1978). In Agent Vinod (1977) he played the uncle of the lead character, while he played the landowner in The Naxalites (1980). He played the father to the lead characters in films such as Commander (1981), Bambai Ka Maharaja (1980), Khandaan (1979), Hamare Tumhare (1979), and Bahu Ki Awaaz (1985). Often playing the rich patriarch, his character would invariably be shown to be opposing his progeny’s relationship with the financially deprived love interest. He was a popular figure in films with his small yet effective roles.

Among his standout roles is the character of Interpol officer R K Malik he played in the Chandra Barot directed Don. The character became popular in this hit film. In the Raj Kapoor directorial Bobby, he played Mr Sharma, the father of the mentally challenged girl that Rishi Kapoor father wants him to marry. Here too he won appreciation for his performance.

Known to be prosperous in real life too, much like his onscreen avatars, in Bombay he reportedly lived only in swish hotels.