That Love, however sweet in youth, becomes a bitter cup of poison through jealous hands, is yet an unsolved riddle of Life.

Swarup had a heart to love and a flute to pour it out. While wandering as a fugitive, he aroused the thrill in the heart of Mala. Nourished by that fleeing called Love, they sang away their stolen moments in joy. Mala had on one side her friend Jamuna who helped her in and out of situations, but she had Mamu on the other side who smelt their delight with anger. He managed to remove Swarup behind the bars and Mala as an unconscious wife to the house of Jyoti.

Swarup, on serving out his term of imprisonment, came to know that his eyes can no longer feast on seeing Mala, for she had gone away and there was no hope for him to be united with her. The separation broke his heart and he left the place just to become a Wanderer.

Jyoti was surprised at an unwilling wife but his young sister Paro became a sympathetic friend to Mala. Doubt, scorn imprisonment, torture - all were of no avail to Jyoti, for Mala still lamented her separation from Swarup.

Jamuna atleast succeeded in disentangle the plot. She convinced Mamu that the girl married with Jyoti was another girl and not Mala. Repentful, Mamu took the bride to Jyoti who in great fury shot at him for playing tricks with his life. He then rushed to fire another shot at Mala who had gone away from his house to meet Swarup. But when he saw them, he changed his mind and offered a silent prayer, for the Lovers had bid farewell to this world in each other's arms.

The flute was broken, the song had withered, the thrill had frozen, but the fragrance of Love stayed behind, that we mortals may yet comprehend it. 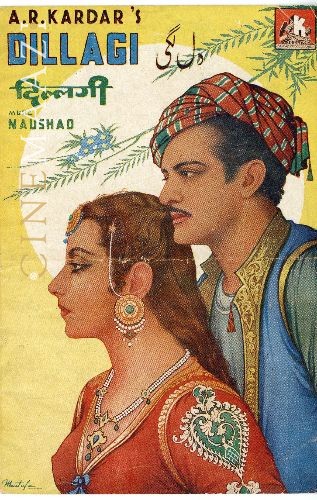