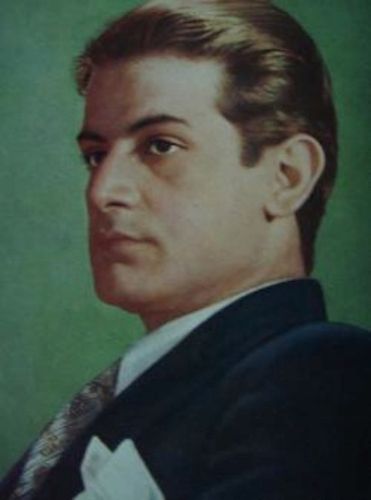 Born as Sunder Shyam Chadha in Sialkot (present-day Pakistan) on 20 February 1920 to Sita Ram Chadha, army personnel and Charan Devi. His mother was a tall, beautiful lady and Shyam inherited her looks. Unfortunately, he lost his mother when he was only five years old. The eldest of four brothers and one sister, Shyam had a great fascination for films right from his early childhood. He actively participated in college plays and became the President of the Dramatics Society of Gordon College, Rawalpindi. Braving family opposition, in particular from his father, Shyam powered on thanks to the support of his uncle Tarachand Chadha to join films.

Shyam began his film career with Punjabi films. He made his debut with the film Gowandhi (1942), directed by G.R. Sethi, opposite the debuting actress Veena. Shyam’s grandfather was a village Patwari, and his father was a hospital store-keeper in the Indian Medical Service. Due to the nature of his father’s work, young Shyam moved through the various cantonment towns of Punjab throughout his childhood. By the time he graduated from Gordon College in Rawalpindi, Shyam had developed a fascination for the cinema. Meanwhile, he started writing weekly columns in English and Urdu newspapers In 1941, he appeared for a screen test for the Bombay Talkies Studio, but he was not selected. Unable to find any work in the city, he returned to his hometown.

Not deterred by this setback, Shyam soon took up work as an assistant to the director J.K. Nanda. After the success of Gowandhi, he moved to Bombay, where he met the producer-director R.C. Talwar. Talwar offered him a role in Khamoshi (1942) opposite Ramola. The following year he appeared in two Hindi films Bhalai (1943) and Mazaq (1943).  While he was shooting for the film, his father passed away and he had to return to Rawalpindi. After a long stay, he received the lead role in Shalimar Picture’s Mun-Ki-Jeet (1945), opposite the actress Neena, when he came back to Bombay. His tall stature, well-cut features and his poise appeared onscreen to his best advantage, and the film’s resounding success catapulted Shyam to stardom. Unfortunately, his two consequent releases, Room No. 9 (1946)—a crime thriller opposite Geeta Nazmi and K.N. Singh—and the K.A. Abbas directed Aaj Aur Kal (1947) were both flops.

Shyam finally struck gold when he was cast in the Bombay Talkies film Majboor (1948), with Munnavar Sultana as the female lead. Though he had already been marked as one of the promising artists of the Indian screen, this was the first time he demonstrated the full range of his versatility and became a contender for the front-rank of Indian stardom. With Majboor, Shyam stood next in line to replace stars like Motilal and Ashok Kumar as the Matinee idol of his times. Shahid Latif’s Shikayat (1948) opposite Snehprabha Pradhan also proved to be a hit, and over the next year, Shyam worked in nine films. These included the K. Amarnath directed Bazaar (1949), Chandni Raat (1949), Char Din (1949), Dada (1949), Naach  (1949), Dillagi  (1949), Kaneez  (1949), Patanga  (1949) and Raat Ki Rani (1949). In Dillagi (1949), a tragic romance of unrequited love, Shyam played the lovelorn Majnu archetype whose beloved was married off elsewhere. It was perhaps his finest performance on the screen. Naushad scored melodious tunes while the romantic song Tu Mera Chand Main Teri Chandni touched new heights of popularity all over the country. In Samadhi (1950), he unveiled a new facet to his skills as he played a negative character for the first time. With a narrative woven around Netaji Subhash Chandra Bose’s Indian National Army, and Ashok Kumar and Nalini Jaywant in the lead, the film was a super hit and earned Shyam great acclaim for his role.

While he was steadily gaining praise for his professional work, Shyam’s personal life was troubled. A ladies’ man, Shyam shared intense relationships with some of his co-actresses including Nigar Sultana, Ramola, and Kuldip Kaur. In a fight with Kuldip Kaur, he injured his hand when he attempted to slap her. Later, he was married to Mumtaz, whom he met in Lahore. Their marriage did not work out well either, and she soon moved out to live with her sister Zeb Qureshi.

In his short career of 10 years he did 31 films and alone in 1949 he appeared in a record of 9 films: Bazaar, Dillagi, Naach, Patanga, Chandni Raat, Char Din, Dada, Kaneez, Raat Ki Rani. The following year he did six films: Nirdosh, Suraj Mukhi, Chhoti Bhabhi, Samadhi, Sangeeta, and Meena Bazar.

He acted with all the top contemporary heroines delivering a string of hits in the late forties. Singing star Suraiya and Shyam were together in Dillagi, Naach, and Char Din. Shyam and Nigar Sultana worked together in several hit films like Patanga, Sangeeta, Bazaar, and Shikayat. He acted with Munnavar Sultana in films like Dada, Kaneez, Raat Ki Rani, and Majboor while he did Chandni Raat and Shabistan with Naseem Bano. With Nargis, it was Meena Bazar and Chhoti Bhabhi while he appeared with Kuldip Kaur in Nirdosh and Kaneez.

Starting his acting career with a Punjabi film Gowandhi, he was under moral debt to his mother-tongue, which he repaid by producing Bhaiya Ji (Punjabi-1950) with the title role enacted by Om Prakash. His last Punjabi film as an actor was Madari (1950) in which he played a guest role.

After the release of Kale Badal (1951), Shyam was shooting a horse-riding scene for Filmistan’s Shabistan when he fell and fractured his skull. Though he was immediately rushed to the hospital, he could not recover from the fall. He died within a few hours of the accident at the Bombay Hospital on 25 April 1951 at the age of 31. The tragic circumstances of his death and his popularity as a film star drew huge crowds to his funeral. Shyam was immensely fond of his daughter Sahira, but he did not live to see his son Shakir (named Shekhar at birth), who was born a few months after his death. After her husband’s untimely death, Mumtaz moved to Pakistan to live with her sister Zeb.

Manto and Shyam were two bodies, one soul. They shared their thoughts, works, and dreams. In his book ‘Stars from Another Sky’, Manto dedicated the most poignant and heart-warming chapter to Shyam titled ‘Murli Ki Dhun’. Shyam’s unsuccessful attempt to flirt with actress Kuldip Kaur in a first-class suburban train compartment and hints of dalliances with Nigar Sultana, Ramola as well as Mumtaz Qureshi were narrated by Manto. After Manto migrated to Pakistan, Shyam would intuitively know his friend’s needs and send money to him. Manto called Shyam fun-loving, liberal and a man with a roving eye for good looking women. Shyam was a lover of beauty and Manto believed death must be beautiful else Shyam would have never gone at the prime of his youth. 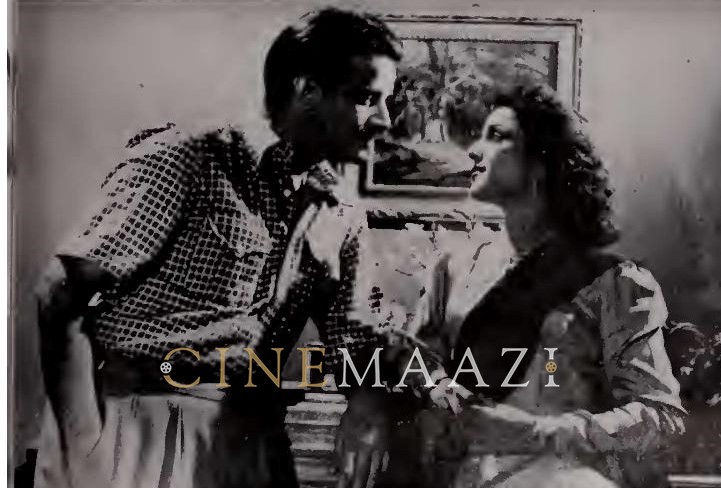