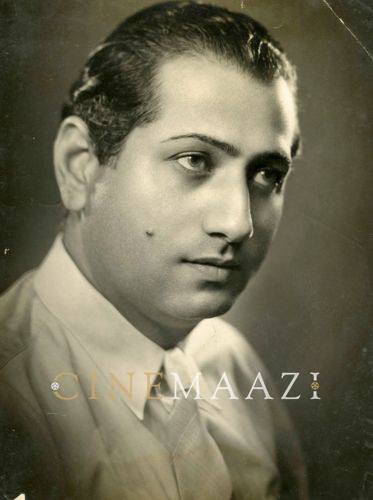 An excellent calligraphist, the celebrated Indian filmmaker and director Abdur Rashid Kardar (A.R. Kardar), was one of the pioneers of Lollywood cinema. He made a wide variety of films - historical, social, costume drama, and great family entertainers. The legendary movie mogul Kardar was known for his impeccable film-making skills. He was a perfectionist and all his productions match the standards set by contemporary German film makers. Kardar's technical innovations especially his handling of the cameras, attempts at separating image and sound recording, innovate credit-titling and new choreographic techniques were legendary. During his long career, A.R. Kardar worked his way up the ladder from a poster-maker to a studio owner. He deservedly earned the approbation of being one of the doyens of the Indian film industry.

Affectionately known as Mianji, A.R. Kardar was born on October 4, 1904, in Mohalla Chaumala, Bhati Gate known as the Chelsea of Lahore. His father Abdul Rahim, an engineer himself wanted Kardar to pursue engineering. But Kardar was interested in the cinematic arts and started his innings as a poster maker for foreign film distributors and Sharda Studios. His first brush with filmmaking was as assistant director and actor in Lahore’s first silent movie The Daughters of Today (1928), the brainchild of Gopal Krishan Mehta. In 1928, Kardar set up his own studio and established United Players Corporation with the help of Hakim Ram Prashad thereby laying the foundation of the film industry in Lahore. Endowed with leadership qualities, he led a group of creative artistes like Hiralal, M. Ismail, Nazir, Fazal Shah, Lala Yaqoob and M. Sadiq to name a few.

He made his directorial debut with Husn Ka Daku aka Mysterious Eagle (1930). He also cast himself as hero opposite Gulzar Begum. The film was a mild success. The next film Sarfarosh aka Brave Heart, proved equally appealing. Kardar's third film was Safdar Jung (1930) in which he introduced Mumtaz Begum as heroine. His next film was Farebi Shahzada / The Shepherd (1930). The fifth was Khooni Katar / Golden Dagger (1931) in which he introduced Nazeer. Kardar hired the services of German trained J.K. Nanda to direct his sixth film Awara Raqasa / Wandering Dancer (1931). He also made Mysterious Bandit / Farebi Daku (1931) in the same year.

A.R. Kardar had a fairy tale of romance with Bahar Akhtar during the shooting of Sweet Heart / Qatil Katar (1930). His secret marriage with Bahar Akhtar landed him in jail. He was acquitted by the court after Sardar Akhtar retracted from her earlier statement in which she had accused Kardar of abducting her younger sister Bahar. He burnt all the negatives of his under-production film after tying the knot with Bahar. He closed down his film company and joined the East India Company in Calcutta.

After the advent of talkies, Kardar directed Hoor Punjab or Heer Ranjha (1932) produced by Hakim Ram Prashad under the banner of Playart Phototone. Since the film was made in Hindustani language, the spectators in Lahore, became agitated when they found that the heroine is not speaking in their language i.e. Punjabi. The film was withdrawn and reissued after adding a Punjabi song to satiate the spectators.

In Calcutta he made about seven films for the East India Company like Aurat Ka Pyaar (1933) before the company closed down. Thereafter, he moved to Bombay and joined Film City where he made Baaghban (1938). His fascination with sexually-deviant behaviour and the violence seething below the surface of repression was deftly portrayed and the film won the Gohar Gold Medal. Thokar (1939) was a cautionary tale about wealth not bringing happiness. Subsequently he joined Ranjit Movietone and made three movies with them. In Pagal (1940) and Pooja (1940), he went against the usual brand of family melodrama with his story about a psychiatric doctor in an asylum.

He directed a Circo production Nai Duniya (1942) and soon Circo came up for sale. Kardar bought it to start his own production company Kardar Productions. Sanjog (1943) was a romantic musical comedy of mistaken identity. Kardar found box office success with the musical Shahjehan (1946) with K. L. Saigal as hero. Next year, Kardar directed Dard (1947) and in 1949, Dillagi, a romantic tragedy, which was a commercial success. Dastan (1950) a tragic melodrama, was told in flashback about a sexually-repressed woman. Jadoo (1951) and Deewana (1952) marked the parting of ways between Kardar and Naushad. Dil-E-Nadan (1953) had popular music by Ghulam Mohammed. Kardar told the story of a tyrannical son of a Thakur in Dil Diya Dard Liya (1966), based on English movie Wuthering Heights.  His last film was Mere Sartaj released in 1975.

Dilip Kumar’s reported directorial interference during the making of Dil Diya Dard Liya led to the exit of A. R. Kardar from filmdom. His health deteriorated and he died in Bombay on November 22, 1989, almost unsung and under agonizing circumstances. 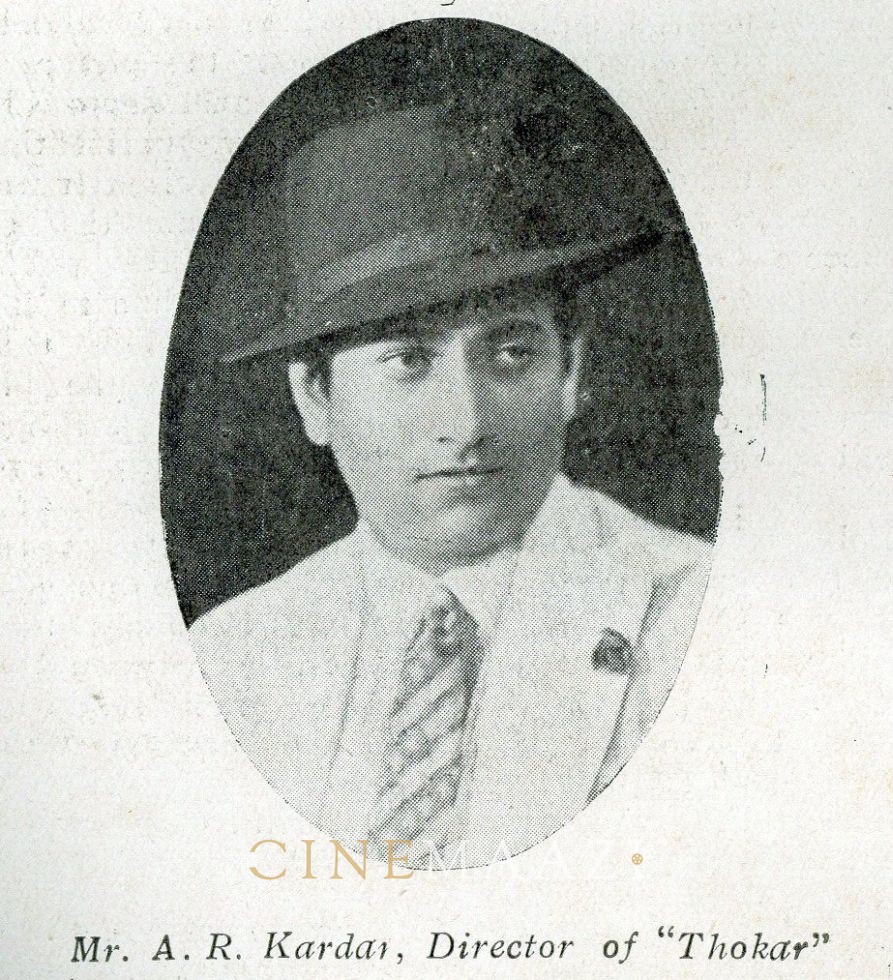