This is the story of residents of a chawl - of Hindus, Muslims, Sikhs, Christians of various faiths, living as if they belonged to one family under one roof. Among them are Raka and Rana. With their co-operation they share their sorrows and happiness. They are two rocks who face all the difficulties and save their near and dear ones.

Rana and Raka are working in a factory of Seth Dhaniram, the owner of the factory who manages to put them in jail on false grounds and plans to de-house all the residents of the chawl to take revenge.

But during absence of Rana and Raka their beloveds Asha and Aruna take their places and face the wrath of Seth Dhaniram like two rocks.

When Rana and Raka come out of jail they find all the doors of employment closed by Seth Dhaniram. In co-operation with other dealers Dhaniram has hoarded go-downs with flour, rice, ghee and sugar etc., and has been a cause of a steep "PRICE RISE". His intentions are to see that human beings die due to starvation and their profits are multiplied.

Rana and Raka have taken an oath to take revenge from the enemies of the Society. With the help of the police they get raided the over full godowns. To survive, Seth Dhaniram plans and creates enmity between Rana and Raka. Both turn each other's enemy.

The rich have always exploited poor by dividing them and ruling them. Seth Dhaniram has convinced Raka to work with him.

Will poor be always under the clutches of the rich?

Has 'Price Rise', creation of the rich, no solution?

How Rana and Raka came to know the evil plans of Seth Dhaniram?

What Rana and Raka did for the Nation?

For all these burning questions of the day await JOGINDER'S "DO CHATTANE". 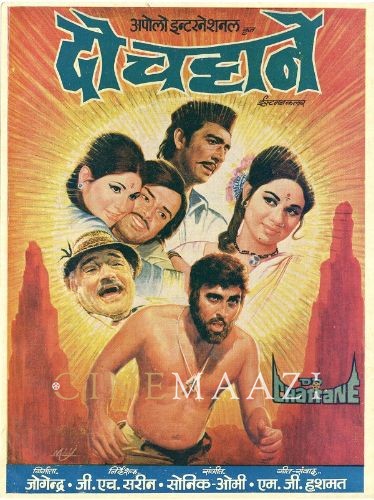