This is the story of a man, frustrated in love, who was reformed by a young boy who came into his life with the freshness of a flower.

Mohan, whose beloved was married to a rich man, has become a bully and resumed the name of Bankelal. Balma a dancing girl loves him sincerely, but Banke cannot forget his first love.

One day, he saves Munna, a fatherless boy, from drowning. Taking pity on him he pretends to be his "daddy". On the advice of the Head Master, his better nature prevails upon him and he decides to go out of the life of Munna. But Munna has come to love Banke and wants to be with him as often as possible.

When Laxmi, the mother of Munna, comes to know of the real character of Banke, she tells her son not to see him, ever poor Munna agrees to his mother's request with tears in his eyes.

One night Banke is attacked by a rival called Dadu. When the police come up, he manages to escape into the house of Balma. Balma pleads with Banke to give up his wrong ways. Banke tells her the story of his life and then in a fit of emotion cries his heart out of her about Munna whom fate has thrown in his path and whose affection has made a deep, fatherly impression on him.

Good-natured Banke has arranged the wedding of the daughter of one Kariman Amma who prepares his food. When festivity is at its height Munna comes up and asks his daddy to do some honest work and not be a goonda. Banke feels insulted. He slaps the boy and drives him away. But he cannot forget Munna. At long last when he comes to know of Munna's illness he runs up to his beside and promises to become good and earn his living by honest means.

He surrenders himself to the Police Inspector who keeps him out on parole so that he may become useful in unmasking the Boss whose identity is unknown to all.

And that is exactly what happens. Ever since Banke has stopped working for the Boss, his income has dwindled. He kidnaps Munna and through the boy tries to force Banke to come back to his fold.

In an exciting climax, Banke saves Munna and goes to kill the Boss. Here comes up Laxmi and stops Banke saying "Do not kill this man. He is the father of Munna." The knife drops from Banke's hands. The Boss tries to shoot Banke. But the Police have come up in time and it is the Boss who dies.

Banke and his colleagues also have to pay the penalty of law for their evil ways.

In the finale, Banke is seen coming out of jail. Here comes up Laxmi with Munna who still believes to be his daddy Banke asks Laxmi to marry him and thus gives him a chance to prove himself to be a real father to Munna whose angelic influence had brought him back to the path of righteousness. 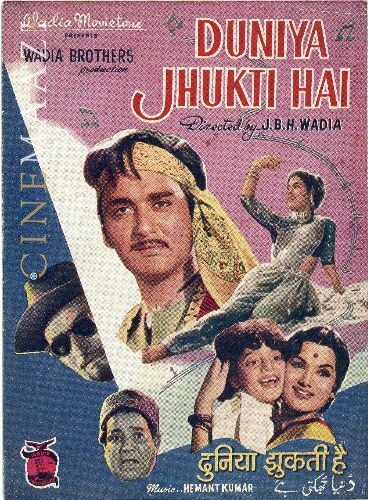