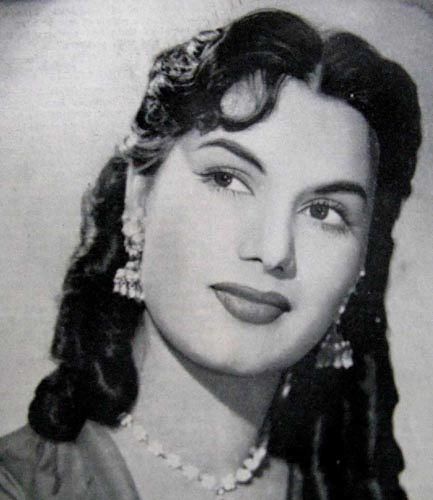 Bubbly and beautiful, actress Shyama charmed with her sensitive acting onscreen. Born Khursheed Akhtar in 1935 in Lahore, she started off in films as a child artist. She worked in minor roles in several films before she featured as a heroine in Shrimatiji (1952). She went on to enjoy a golden run with hits such as Aar Paar (1954) with Guru Dutt, the romantic musical Barsat Ki Rat (1960), and the Raj Kapoor-Meena Kumari starrer Sharada (1957) for which she received the Filmfare Best Supporting Actress award. Many hits songs such as Sun sun sun sun zalima, and Ae dil mujhe bata de were picturised on her. In fact, her vim and spontaneity gave life to song sequences in Guru Dutt’s crime story, Aar Paar as well as AVM productions' social, Bhai Bhai (1956). In a career that spanned nearly four and half decades, she acted in approximately 140 films. She featured in a range of roles, from lead parts, to character roles and even very brief appearances onscreen. She is perhaps best remembered for her performances in which she played grey characters, which went on to become box-office hits like Bhabhi (1957) and Chhoti Bahen (1959).

The Lahore born Khursheed Akhtar, as she was originally named, first appeared on screen in her pre-teens in a qawwali in Shaukat Hussain Rizvi’s Zeenat (1945). She was renamed Shyama by filmmaker Vijay Bhatt, and went on to appear in numerous films in the 1940s and mid-1950s. Making a dent in films did not come easy and a long period of struggle followed. The Baburao Patel-edited book - Stars of the Indian Screen, published in 1952 reveals that Shyama worked assiduously and ceaselessly in 80 pictures, be it as an extra or as a chorus girl, till she was cast as the other girl to complete the love triangle in Tarana (1951) and Sazaa (1951). The film Tarana featured Dilip Kumar and Madhubala in lead roles while Sazaa paired Dev Anand with Nimmi.

The turning point in her career came with the noir comedy Aar Paar, directed by Guru Dutt, which released in 1954. Shyama played the spirited, vivacious daughter of a garage owner who falls for an ex-convict (Guru Dutt) working for her father. She played her part with the right amount of liveliness and innocence, essaying one of the two women who are in love with the slick migrant taxi-driver Kalu. The evergreen duet Sun sun sun sun zalima rendered by singers Mohammed Rafi and Geeta Dutt saw a dungaree-clad Shyama, matching steps with Dutt onscreen. She would later reveal that Guru Dutt was a good dancer, and it was he who had taught her the moves, which she followed easily. The song went on to become one of the highlights of Shyama’s career as well as of the Hindi film music industry at large.

The song Ae dil mujhe bata de from Bhai Bhai showcased Shyama at her elegant best. With rhythmic grace she expressed the exuberance of early ardour. The film starred real-life brothers Ashok Kumar and Kishore Kumar as the two lead characters. The cast included Nirupa Roy, who played the role of Ashok Kumar's homely wife, while Shyama played the seductress.

In the course of her career spanning 40 years, she played a range of roles. Bhabhi saw her essay a scheming sister-in-law who plots to separate brothers. It was rated by Shyama as one of her favourites alongside Aar Paar, Sazaa, and Sharda. The latter was a remake of the Tamil hit Edhir Paradhathu (1954), and told the story of a woman (Meena Kumari) who marries the father of her lover (Raj Kapoor). Shyama played the woman who marries Kapoor’s character.

Shyama was married to Fali Mistry, the well-known cinematographer who had directed her in Sazaa. Apparently during a photo-shoot he told her that she was most photogenic and as she looked nice from every angle, he didn’t need special lighting for her. The couple wed in 1953. Years later on the Guftagoo show when she was asked what her weaknesses were, she didn’t mention any of the predictable objects such as cars, jewellery or perfume, but declared, “My greatest weakness was always Fali.” They were parents to three children— Farooq, Rohin, and Shirrin.

Despite hailing from a conservative Muslim family, Shyama lived her life on her own terms, as daughter Shirrin described. Strong-willed, she defied the norms by taking up acting and marrying a Parsi at a young age. She continued working even after her marriage and children. She loved life and the industry, giving her all to films, and when she decided she didn't want to do it any more, she quit. Her last film was J P Dutta’s Hathyar in 1989. 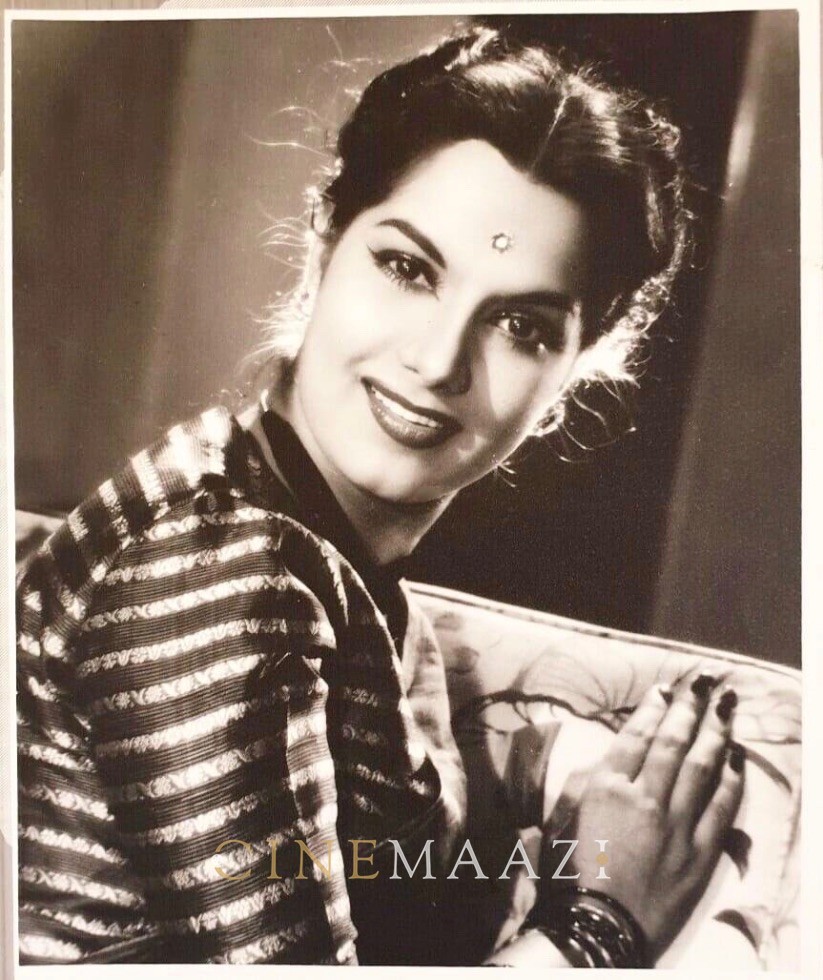 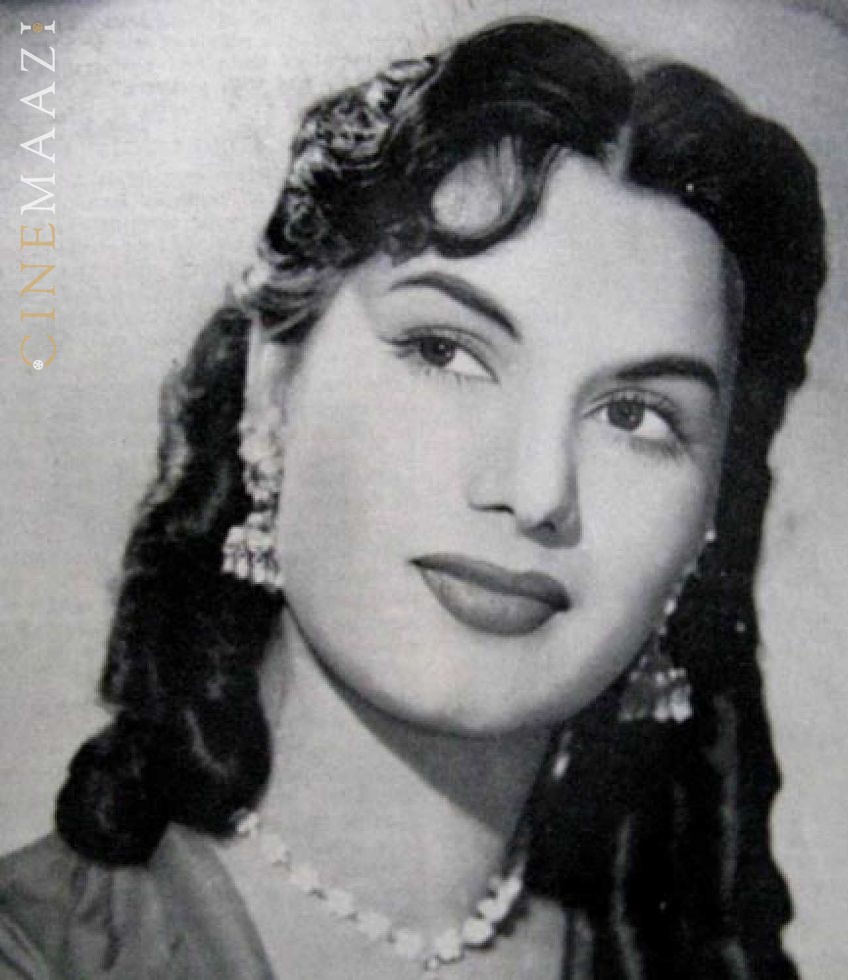