"To crush the might of evil ones" was not the only mission for which Lord Krishna entered birth. A peaceful populace was in dire need of freedom from the galling thraldom of a tyrannical king. Shri Krishna meant not only to free it but to create in it the strength-and the self consciousness-necessary for effective self-defence. And, since the source of the people's strength was the milk of cows and the work of bulls, the Lord aimed at the protection of cattle as well.
Kaunsa, the king of evil genius, struck at the source of his subjects' sustenance. Shri Krishna thus had occasion to fulfill one of the principal roles of the incarnation-the role of the divine Cow-Boy.
On the peaceful bank of the Jamna, King Kaunsa happened to camp with his army of which is brother Keshi was Commander-in-Chief. To secure a plentiful supply of milk for his soldiers, Kaunsa demanded five hundred cows from the neighbouring village of Gokul. Anaya, a true and trusted servant of the king, was deputed to convey the royal command.
Anaya honestly believed that all property in the realm belonged to the Crown; and that, therefore, Kaunsa had a legitimate right to commandeer the cattle. But Nanda, the headman of Gokul, thought otherwise and the dairy farmers of the village fell in with his view. To them, the demand for the cows was like a demand for their very lives; for, they really depended on the cows for their living. On the other hand they were fully aware of the calamitous consequences of risking the wrath of the King. The people of Gokul found themselves on the horns of a dilemma.
The boy Krishna took a hand in the problem and inspired Nanda and other farmers with the courage to refuse the king's demand.
Shri Krishna's act of courage had different reactions on the various people concerned. It filled Kaunsa's mind with awe for the young lad who could instigate mere dairymen to give so audacious a reply to their monarch; Commander Keshi was tickled by a curiosity to see the impertinent little imp; the simple Anaya viewed him with contempt, as one who was about to bring ruin on Gokul; while the people of Gokul began to regard him with great reverence as the saviour of their source of livelihood.
Impelled by a desire to see the "impertinent imp" and, if possible, to get rid of him, Commander Keshi paid a personal visit to Gokul. Nervous at the prospect of Shri Krishna meeting a crafty Commander like Keshi, Radha planned to keep the Lord in hiding. Shri Krishna, however, would have none of her plan. He thought, on the other hand, that there was a good opportunity to give peaceful persuation a trial.
On Keshi's entry into Gokul, Shri Krishna and his companions gave him a taste of their boyish pranks, which were enough to nettle even a veteran such as he.
Krishna tried his best to persuade Keshi to follow the path of peace, but to no avail. On the contrary, Keshi tried to carry out his plan to decoy Shri Krishna. This was more than the urchins could bear, and they naturally brought their combined strength to bear on the lone Commander.
Matters thus took a series turn. Keshi's soldiers swamped Gokul and forcibly took away all the cows to their camp. Shri Krishna with Pendhya and his other companions, was also placed in confinement in the camp.
The good Anaya was in Keshi's employ, but he came of farmers' stock. His mind revolted against the Commander's act of atrocity, but he was helpless to do anything.
What men could not do, the Lord's cows and bulls achieved. All the cattle suddenly ran amock, and completely devastated the army camp. Commander Keshi met his doom in the melee.
King Kaunsa's rage knew no bounds. In a fierce frenzy for vengeance, he ordered the complete destruction of Gokul. He set about in person to make sure that the devastation was complete.
While the storm of a tyrant's wrath was gathering about it, Gokul itself was wearing a festive appearance. Youths and maidens were gaily engaged in adorning their cattle to celebrate the annual "Govardhan" festival.
All the herds in the village had been gathered together for a festive procession, when kin Kaunsa's army suddenly surrounded them on all sides. Kaunsa had ordered the slaughter of every cow and bull in Gokul.
For the peaceful farm population of the village, it was a moment of supreme crisis. Destruction was staring them right in the face. And yet the situation was saved! Kaunsa countermanded his own orders. What made him change his mind? What happened to him eventually?
Shri Krishna, of course, is the key to the answers to these questions. The answers, however, are better seen on the screen than can here be described in words. 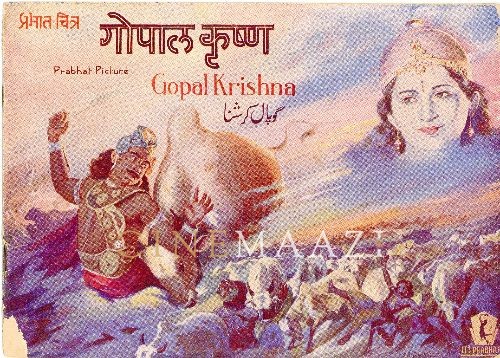 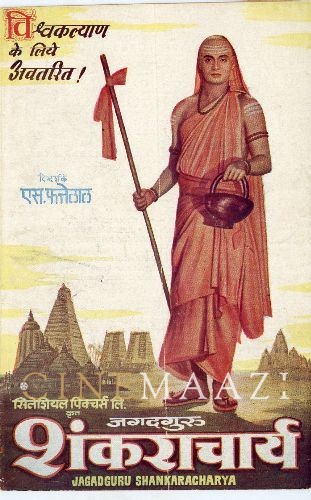 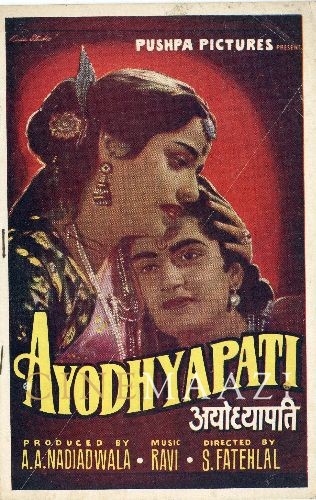