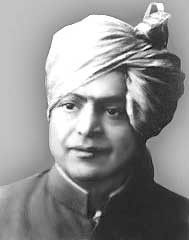 Recipient of the Padma Bhushan for his contribution to music, Master Krishnarao was a famous vocalist in khayal, an actor-singer, and also a music composer for Marathi dramas, as well as Marathi and Hindi films. His compositions bore testimony to the century-old tradition of Marathi Sangeet Natak, which echoed Hindustani art music, and also displayed his own grooming and expertise in music. He had the talent to create hummable melodies, exhibiting an ability to create a variety of mukhdas. His compositions were infused with buoyancy, comfort, and even exuberant joy. Beginning his career playing minor roles on stage, he made his concert debut in 1911 when he was just 13. He went on to work with the legendary Gandharva Natak Mandali for several years. Joining Prabhat Film Company, he became famous as a music composer between 1933 and 1941. He went on to join Natya Niketan, which is known for infusing a new modern spirit in music-drama. Among the Hindi and Marathi films he is known for are Dharmatma (1935), Amar Jyoti (1936), Vahaan (1937), Gopalkrishna (1938), Manoos/Aadmi (1939), Shejari/Padosi (1941), Lakharani (1945), Vasantsena (1942), Bhakticha Mala (1944), and Vithu Maza Lekurwala (1962).

Born on 20 January, 1897 in the village of Alandi, his father was a priest of moderate means. However, he did enjoy a period of prosperity as a money-lender, till he lost his fortune and passed away when Krishnarao was just around six years old. As a youngster, Krishnarao began his career on stage, with the well-known theatre troupe of Maharashtra – Natyakalapravartak. He played minor roles in the company’s productions. At a young age he showed a rare spark of talent, when he adapted the tune of a popular song to the lyrics of a song he was supposed to sing. His resourcefulness impressed all, and he went on to make his concert debut in 1911 in Dhule, aged just 13.

Krishnarao trained in music for some time under Rambhau Kundgolkar, also known as Sawai Gandharva of the Kirana gharana. He later joined his main guru, Pandit Bhaskarbuwa Bakhale of the Agra and Jaipur gharanas, receiving training between 1910 and 1922. Between 1915 and 1933 he essayed major singing roles in the Gandharva Natak Mandali theatre company.

His career in film music began with him joining Prabhat Film Company, and making a name as a composer between 1933 and 1941. Going on to join the pioneering theatre company Natya Niketan, he scored music of a novel quality during the period 1942 to 1953. As a composer of film music, to Master Krishnarao goes credit for playing a key role in founding a genre of film music that can be described as the ‘Maharashtra school of Hindi film music’. This school of music enjoyed prominence till Prabhat was active in Pune. Later, the popularity of this branch of music endured only in Marathi cinema.

Master Krishnarao showed his adaptability scoring tunes for three films in both Marathi and Hindi. He did full justice to the tradition of the Maharashtra school of Hindi film music, which had its roots in the 100-year-old Marathi Sangeet Natak. Marathi Sangeet Natak itself echoed Hindustani art music complete with rare ragas, and different forms from khayal to tarana. Krishnarao’s influences are seen in his compositions for Amar Jyoti (1936) which incorporated duets, ghazal, and marching songs. Along with exploring the larger music tradition, he employed the regional continuities of folk and devotional music. To Master Krishnarao’s credit, despite his classical roots, he was able to deftly compose action songs, duets, light tunes, choruses etc. His skill was apparent in his very first film Dharmatma, directed by V Shantaram, for which he scored the background music.

Among his key compositions, in Manoos/ Adami he scored the delightful Ata kashala udyachi baat, which was a playful song in multiple languages with the refrain in Marathi, while the second was Tarantarav, a melodic construction of sounds that lacked meaning. His composition Lakh lakh chanderi from Shejari/ Padosi, was a 10-minute long challenging piece with superior lyricism and facility. For Aadmi, he rose to the occasion, composing Ab kis liye kal ki baat which was a multilingual song that included a line in Bengali. Composing music for approximately 15 films, he also played the lead role of Sant Savata Mali in the film Bhakticha Mala (1944) released by Rajkamal Kalamandir. He also composed the music for this film and also sang his own songs.

Master Krishnarao's school of musical thought is said to have inspired many aspiring composers of the day such as Vasant Desai, C Ramchandra, Sudhir Phadke, Purushottam Laxman Deshpande, Snehal Bhatkar and Gajananrao Watve. His style was marked by the use of bol baant or rhythmic play with the words of the song-text, gamaks or oscillations on swaras or notes, and the use of tihais or mathematically designed patterns. Above all, his compositions exuded buoyancy and joy.

Master Krishnarao is credited with the creation of three Hindustani ragas and many bandishes. A recipient of the Sangeet Natak Akademi Fellowship, he was also honoured with the third highest civilian honour - the Padma Bhushan, in 1971, for his contribution to music.

Master Krishnarao passed away on 20 October, 1974 in Pune.