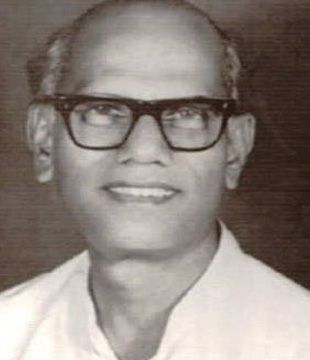 Born on 21 January, 1910, he became an apprentice of the noted novelist Narayan Hari Apte. He assisted him in the publication of the Madhukar journal in Koregaon. Apte was deeply involved in the film industry, having known both Baburao Painter and Dadashaheb Phalke. When he received the offer to script Amrit Manthan (1934) for V Shantaram, Athavale also joined him at Prabhat. He initially earned his name as a songwriter for Prabhat, with Kiti sukhada becoming an early hit. But the real breakthrough came with the song Abhi beej ekale from the ground-breaking Sant Tukaram (1936). So convincing was the composition that many of Tukaram’s followers were under the impression it was a lost song by the saint himself. He went on to write songs for some of Prabhat’s most successful films including Rajput Ramani (1936), Kunku (1937), Aadmi (1939), Sant Dnyaneshwar (1940), Sant Sakhu (1941), Shejari (1941) and Ramshastri (1944). Many of his songs were picturised on Shanta Apte, thus contributing to her star aura. He worked outside the sphere of Prabhat as well, notably for Debaki Bose’s Aple Ghar (1942) and Vijay Bhatt’s Bharat Bhet (1942).

Making his directorial debut with Bhagyarekha (1948), he worked once again with his mentor Narayan Hari Apte. He won the Certificate of Merit for Feature Films in Marathi for Shevagyacha Shenga (1955). The film was also screened in the competition section at Cannes. He made several other notable films like Main Abla Nahi Hoon (1949), Vahinincha Bangdya (1953), Sansar Karaychay Mela (1954), and Padada (1955).

He made a series of documentaries for the Films Division in the 1960s. In 1966, he authored a historical account of Prabhat Films, called Prabhat Kaal.

The celebrated lyricist, writer and director passed away on 2 May, 1975.