A charming and bewitching young damsel, Kamala, was brought up by Mahesh Babu, a good-hearted person, who was incidentally the Proprietor of the Ruby Theatre. Brought up in the atmosphere of the footlights, she imbibed the spirit of an artiste. Mahesh did not want her to be an actress. He had other pious wishes for his adopted daughter.

Kamala entreated, coaxed and got round her guardian. She appeared on the stage. Blessed with a melodious voice and infused with the spirit of an artiste, she was acclaimed a star. Her admirers were legion. The Ruby Theatre flourished.

In the same city, there was another theatrical company, the Bina Theatre. This company was very popular too. They had a very fine actor in the person of the handsome Narendra. Narendra had a big following. Amongst theatre-goers there used to be heated arguments as to which of the two theatres was better. Many people thought that it would be a grand performance if the two artistes worked opposite each other in the play.

Narendra heard of Kamala's talent and went to see her acting. He was very pleased with her fine performance. He went up to her and congratulated her. Kamala was overjoyed. She valued a fellow artist's opinion over everybody else's. They became great friends.

Narendra's boss, Baldeo Babu was a shrewd businessman and a great schemer. Noticing this friendship, he, immediately, planned a meeting with Kamal and inviting her to tea on a false pretext, he tried to get her to join his company.

Kamala was annoyed at Baldeo's behaviour. Narendra heard that his name had been used to bait Kamala. Narendra was upset and refused to work for Baldeo any longer. He went and joined the Ruby Theatre: The joy of the proprietor of the Ruby Theatre knew no bounds. At last, the two were teamed together. The auditorium could not hold the public. Thousands were turned away. His coffers were filled.

Narendra and Kamala were tremendously fond of each other. The fondness grew into love. They resolved to get married. After the performance, every night, the two lovers drove to distant and lonely spots, out in the villages and fields, to the river-bank or to the romantic hills. One afternoon they were caught in the rain, the car broke down and they had to take refuge in a villager's hut. They were very pleased with the poor peasant's hospitality. When they returned home, Narendra approached Mahesh Babu for Kamala's hand. Mahesh Babu was pleased to accept the proposal but could not understand Narendra's mentality in his refusal to allow Kamala to act any longer.

Kamala was an artiste, and even she could not see eye to eye with Narendra on this point. "She could not live without the stage", she argued. Narendra was disappointed. In his disappointment, he tried to find solace in the villages. The scheming proprietor of the Bina Theatre heard of this separation and planned to make good use of this opportunity. He went to Narendra and entreated him to join his theatre and save him and his employees from starvation. The good Narendra agreed.

In the meantime, Kamala had fallen sick, she could not appear on the stage. The popularity of the Ruby Theatre waned. Its doors were closed. Mahesh Babu and Kamala fell upon evil days.

On one side, it was being heralded that Narendra had returned to the city and a great performance was to be seen at the Bina Theatre, and on the other, the auctioneer's bell announced that the Ruby Theatre had closed down and the furniture of Mahesh Babu and Kamala Devi was to be sold to the highest bidder.

Did Narendra hear of Kamala's sad plight? Did Narendra come to her rescue? Did Kamala go to Narendra when she heard of his return? We shall not spoil the readers' fun. We shall have it to the screen to show and fulfill our readers' hopes and desires and complete joy.

(The film was adapted from Subha-yoga, a short story by Upendranath Ganguly) 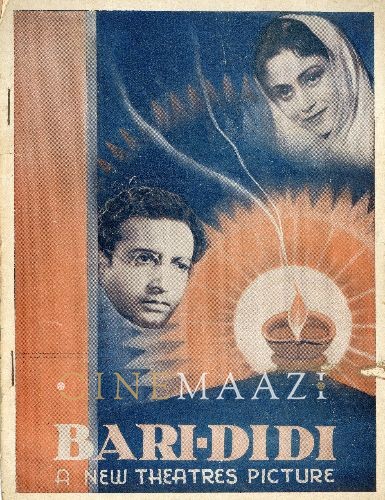 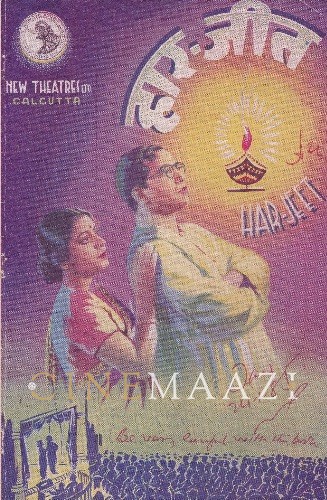