Usman and Mamu were very good friends - the former a care free and happy-go-lucky fellow and the latter a meek and submissive attendant of the King.

Yar Khan, the king's Wazir, was very ambitious and greedy and he had cleverly managed to grasp all powers from the King. One day, Yar Khan came across Usman's sister Zubeda at a function and he took a fancy to her. Since her overtures to her were of no avail, he managed to get her by force in his palace. There she committed suicide rather than submitting to his wishes. Usman get terribly upset at the news and he took a vow to avenge his sister's death. Those we had similarly suffered at the hand of Yar Khan joined Usman to bring about the downfall of Yar Khan

The king's daughter, Princess Zarina was to return home from a tour and Yar Khan was ordered by the King to make all arrangements to receive and escort her home.

Yar Khan thought of a clever plan of kidnapping her and putting the blame on Usman. But Usman foiled his evil plan by rescuing the Princess from the clutches of Yar Khan's men. When Zarna learnt the true identity of her rescuer she condemned his activates. Usman took the opportunity and explained to Zarina the evil designs of Yar Khan and convinced her of the righteousness of his actions. She promised to help him in his mission to get rid of Yar Khan.

Usman escorted Zarina to the palace where Yar Khan tried to arrest him but Zarina intervened and induced her father to treat him with honour as he was her savior. While Usman was being entertained by the King's orders, Yar Khan's men treacherously attacked him. He, however, escaped after an exciting encounter.

Salma, a cafe dancer and a friend of Usman, was thrilled when Usman narrated her the episode of Zarina. She even felt jealous as she too loved Usman. She offered to join him to avenge her mother's death at the hands of Yar Khan.

Zarina, who had fallen in love with Usman tried to plead for Usman but the King having blind faith in Yar Khan did not heed her. Yar Khan, in the meanwhile, became aware of Zarina's love for Usman, and thought of a clever plan to trap him. He sent a forged message to Usman in the name of Zarina asking him to meet her at the Royal Gardens. When Usman wanted to go to meet Zarina on receipt of that message, Salma, who suspected a foul play tried to dissuade him but he thought that she was only jealous of Zarina and he went away to keep up the appointment. When he reached the palace, Yar Khan's men swooped on him and he was captured. Taking advantage of the success, he also took the King into custody and kept him a prisoner along with Usman. Then Yar Khan diverted his attention to Zarina and offered to marry her but she refused. To subdue her he threatened that the King and Usman would be hanged the next day if she refused his request.

When Salma learnt of Usman's plight, she decided to rescue him at any cost. She collected his followers and set out for the palace.

Would she rescue her beloved Usman? Would she fulfill her heart's desire? See this spellbinding episode on the Silver Screen. 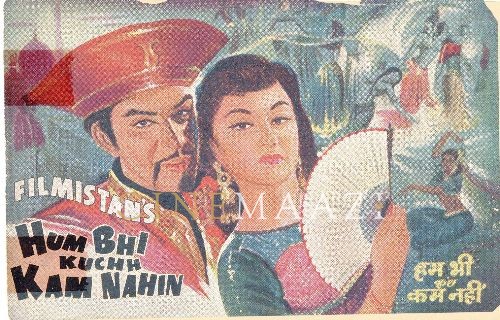 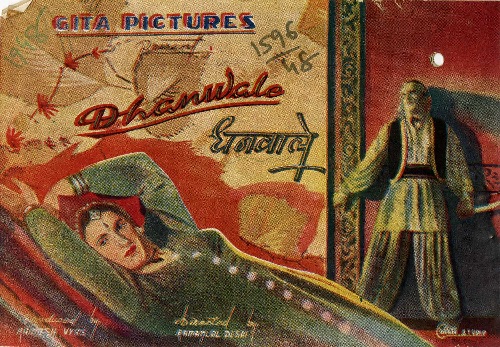