Bansi, an honest young man is sent to India from Africa by his grandfather, who wants him to receive an all-round education. Bansi stays with his sister Lajwanti, but his brother-in-law Lala Kripa Ram treats him cruelly. Bansi’s only friend in the house is his niece Munni.

Laali, a girl from the same village, is tricked into a tonga by a tongawala. Just when he is about to molest her, Bansi arrives to rescue her. He takes her to his sister’s house and feeds the hungry Laali.

Meanwhile, Laali’s father Lala has reported his missing daughter to the police. Investigations reveal that the same tonga she had travelled in was abandoned outside Kripa Ram’s house. Misunderstandings ensue, and Kripa Ram assumes that Bansi has abducted Laali. Laali protests, telling everyone that Bansi saved her from the tongawala, and they praise Bansi for his presence of mind. Laali’s father takes her back home, but her memory lingers in Bansi’s mind.

As a result of this episode, Bansi is thrown out of the house by his cruel brother-in-law. Bansi wanders alone until he reaches Laali’s village and is taken in by her. The two soon fall in love.

Meanwhile, Bansi’s grandfather dies in Africa, leaving his fortune to Bansi. After several days of searching for him, the solicitor reaches Laali’s village and takes Bansi to the city to complete formalities before handing over the properties worth several lakhs.

The newly rich Bansi indulges in a lavish lifestyle, and soon falls prey to the city goon Saukha Ram. Saukha Ram arranges a dance by Chameli for Bansi. Though Bansi writes to Laali, his letters are intercepted by Phumman, the son of Patwari Khema, who desires Laali. Laali catches Phumman red-handed and comes to know of Bansi’s whereabouts. When her father reaches Bansi’s bungalow in the city, he is shocked to see him steeped in decadence at Chameli’s brothel. He returns gravely disappointed and tells Laali of this. Laali comes to Bansi’s house disguised as an income tax officer. She seizes all his wealth and renders him penniless to teach him a lesson. Bansi returns to Kripa Ram’s house and asks for shelter. Laali follows him there and returns his wealth after punishing Phumman and Saukha Ram. 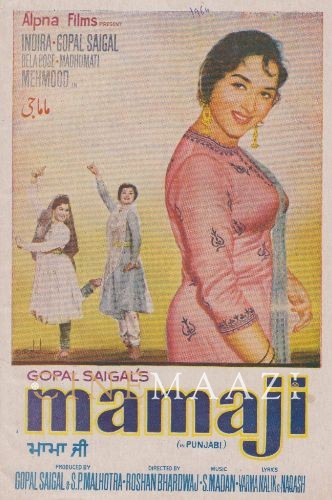