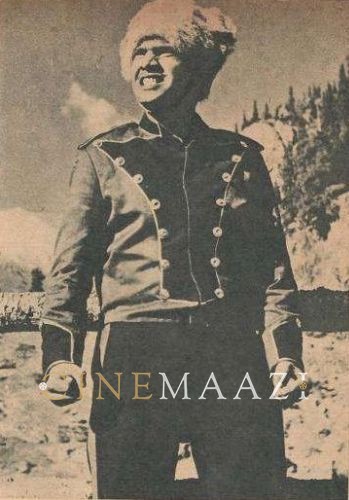 Comedian Mohan Choti was regular fixture in films from the 50s to the early 90s. He was born Mohan Rakshakar (alternate sources state the name was Mohan Atmaram Deshmukh), adopting the name Mohan Choti after his character in Bluff Master (1963).
He ran away to Bombay at a young age, living on the pavement opposite a film studio. Thus, he became part of crowd scenes in films whenever required. His break came with Shikast (1953). He garnered a role in the film when popular comedian actor Jagdeep was unable to report for shooting.
Mohan Choti acted in approximately 300 films over the course of his career. These include Jagriti (1954), Musafir (1957), Kaagaz Ke Phool (1959), Anpadh (1962), Taj Mahal (1963), Woh Kaun Thi (1964), Love In Tokyo (1966), Do Raaste (1969), Amar Prem (1972), Taxi Driver (1973), Dream Girl (1977), Naseeb (1981), Tohfa (1984), Thanedaar (1990), and Sarphira (1992).
Along with comic actors like Mehmood and Tun Tun, Mohan Choti amused audiences with his onscreen mannerisms and antics, winning their love and cheers. He essayed the character Jaggu in Yash Chopra’s Dhool Ka Phool (1959) and the character of Choti in Dil Bhi Tera Hum Bhi Tere (1960). He played the role of the younger Kalu in Anpadh (1962), while Pooja Ke Phool (1964) saw him play the character Katpatia in the film starring Dharmendra, Ashok Kumar, and Mala Sinha. He acted along with Mehmood in the film Bhoot Bungla (1965), and was part of blockbuster films such as Love in Tokyo starring Joy Mukherjee and Asha Parekh, and Amir Garib (1974) starring Dev Anand and Hema Malini.
He also produced and directed the films Dhoti Lota Aur Chowpatty (1975) and Hunterwali 77 (1977). Dhoti Lota Aur Chowpatty had a large star cast with many guest appearances including Dharmendra, Dulari, Helen, Nazir Hussain, Jagdeep, Farida Jalal, Jankidas, Jeevan, Shubha Khote, Roopesh Kumar, Sanjeev Kumar, Mehmood, Mac Mohan, Keshto Mukherjee, Prem Nath, Rajendra Nath, Tun Tun, Bindu and others. The star cast of Hunterwali 77 featured Asrani, Bindu, Helen, Imtiaz Khan, Aruna Irani, Kader Khan, Tun Tun, and Choti himself.  Anu Malik started his career as music director with this film. However, the film failed and is said to have rendered Mohan Choti bankrupt. He also started a small eatery in Mumbai, in order to earn a living. He also announced a film to launch his son Hemant as hero. However, after the launch of the film, it was shelved.
Mohan Choti passed away on 1 February, 1992. 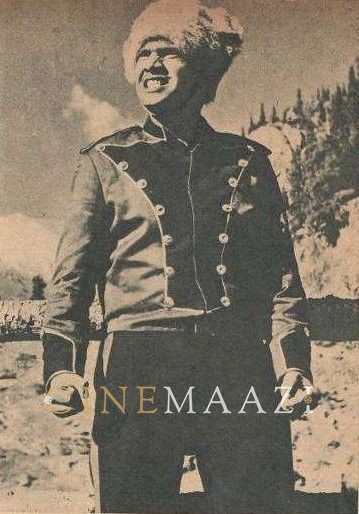