“NOOR-E-YAMAN” is based on the world-famous Arabian Nights Stories with a moral attached to it, namely, the ultimate success of Virtue over Vice.

Motebar Shah of Yakut is an over-ambitious king who wants to rule over his people by claiming divine powers. In this nefarious work, he is assisted by Bahadur Shah whose job is to bribe poor people who pretend to suffer from physical disabilities which are supposed to be miraculously cured by the so-called magic of Motebar Shah.

Here comes Gulrukh, the Princess of Shabistan in the disguise of a dancer. She pleads to Motebar to save her people from the curse of Magician Iblis. Motebar agrees to do so if she marries him. Naturally, she refuses. To Yakut comes the virtuous Hatim Tai, with his friend Khairoo. He wants to distribute alms but Motebar would not allow it. A fight ensues in which Hamza, Khairoo, Gulruk and her Sahali Salma are arrested. They are all put alongside madmen in prison. It is here that Gulrukh and Hamza fall in love. Later on Gulrukh and Hamza are taken away.

In the prison Hamza and Khairoo accidentally come across the magic ring. On rubbing it appears Darbarshah, a small comic looking jinn who breaks the prison wall and frees them.

Hamza and Khairoo come up in time to save Gulrukh and Salma from the clutches of Motebar and Bahadur and they all go to Shabistan.

Here comes up Motebar Shah with Bahadur and both the parites pledge to free Shabistan from the magic spell on condition that he who succeeds will marry Gulrukh.

At Gar-E-Iblish, Motebar again waylays Hamza and would have succeeded in killing him when the Jinn whose master is Iblis himself flies away with them. Iblis had an old score with Motebar to settle and he converts him and Bahadur by his magic into dogs.

Hamza and company come to the gates of Gar-E-Iblis where he wounds the Birdman, who guards the gates. But Iblis who has seen this kidnaps Gulrukh. He wants to marry her by force but Hamza comes up and succeeds in freeing Gulrukh and killing Iblis.

Iblis’s magic having died with him, Motebar and Bahadur become normal human beings from dogs.

Motebar succeeds in kidnapping Gulrukh and with the help of the big Jinn flies away to the City of Yakut.

As he is about to marry Gulrukh Hamza comes up with Khairoo. In the final show-down and with the help of Darbarshah Hamza kills Motebar Shah and takes Gulrukh away as his bride to Yaman. 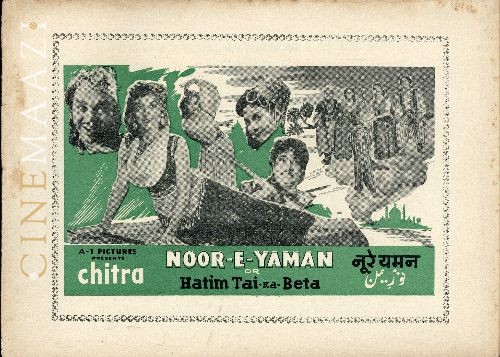 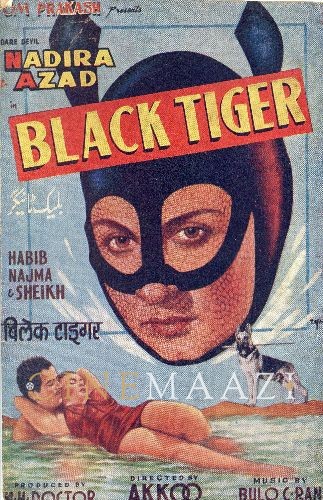 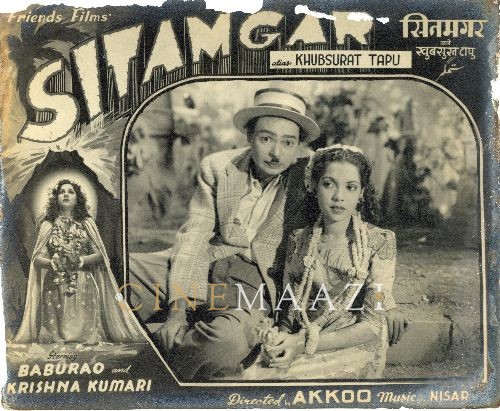 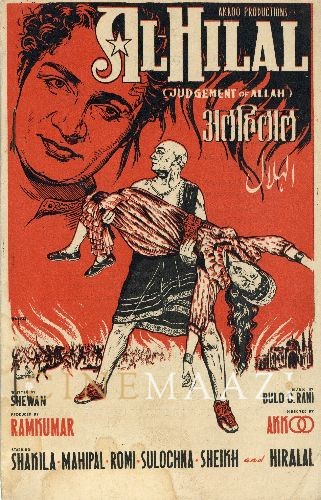