To live a placid contended and safe life or to live ambitiously, dangerously – which is better?
Shishir born with a silver spoon, in the lap of luxury having as a baby a car for his perambulator, owning his own car as a child, practically living in cars and for cars finds himself at the age of twenty-four a postman drawing forty rupees per month, maintaining himself and his widowed mother on this income.
The only remnant of his luxurious past is an overwhelming desire, an obsession, to own a car.
We see him fighting for his ambition with Manohar, the postmaster, his childhood friend and monitor, his good genius, who remonstrates with him and advises him to give up his foolish ambition to own a Car. Shishir goes out to deliver the daily mail. On the way he sees a beautiful car with a beautiful girl in it. The driver has opened the bonnet and is trying to make the car start. Shishir attracted more by the car than by the girl sits down on the road admiring the body and the mechanism. Passers-by trample upon his bag, the letters get loose, and spread out on the road. An insured letter lies uncovered. A gentleman of the streets cleverly walks away with it. Shishir suddenly realizing that his bag is lying on the road turns to find all his letters trampled upon and the insured letter missing. He accuses a passer-by of lifting the letter, people gather, there is a row and Shishir gets the worst of it.
He gathers together the remnant of the mail and distributes them as best as he can. In the meantime, people have invaded the post-office, and are clamouring for their letters. Manohar tries to pacify them and defends Shishir when Shishir comes there crest fallen. He reports about the missing insured letter. The owner of the letter accuses him of theft, a complaint is lodged and Shishir is sentenced to one year’s imprisonment. Manohar takes Shishir’s mother to his own house.
In the jail Shishir gets as his cell companion Vinod, the son of Rai Bahadur Takurrai, a rich and respectable landlord. Vinod has been turned out of the house by his father for his misdeeds especially in connection with abducting women. Uma loves her brother very much and in spite of his crooked ways, her sisterly love makes her help him with money unknown to her father. Vinod has been to jail several times. His latest exploit has been the beating up of Suresh, the fiancé of one Sushila, a girl who refuses to yield to Vinod. Vinod has threatened to kill her and any man who marries her. In the jail Vinod chums up with Shishir with a view to make him his instrument in future. Shishir tells him about his ambition to own a car. Vinod promises to get him one if he goes straight with him after their release from jail.
On the day of their release, Shishir’s mother and Manohar come to the jail. Shishir’s mother is almost mad with joy at meeting her son. To her grief and surprise, Shishir walks out with Vinod, refusing to recognize her or Manohar. Vinod takes Shishir to his place. He phones to his sister Uma to get him some money. Uma comes there and persuades her brother to give up his criminal activities. Vinod storms at her. Shishir, busy admiring Uma’s car finds her weeping. He is touched by her grief and gently and tenderly tries to pacify her. Uma is attracted to him, and having never experienced tenderness from any male, immediately falls in love with him.
Vinod’s servant Devdas’ greatest ambition is to be a violinist. He keeps on worrying an old violin which he has picked up somewhere.
Vinod promises a car to Shishir if he goes and delivers a letter to Sushila. He instructs Devdas to follow Shishir, to shoot Sushila as soon as she appears and throw the blame on Shishir. Manohar who has been searching for Shishir has traced him to Vinod’s place, and he overhears Vinod’s schemes. He accuses Vinod to his face and threatens to bring the police.
Vinod shoots at him, the bullet strikes a window pane, near which Manohar is standing, and the glass entering Manohar’s eyes blinds him.
In the meantime, Devdas following Shishir meets a man carrying a violin, robs him of it and runs away. Afraid of being caught by the police, he runs up to Shishir and being by nature panicky and not over intelligent, discloses the whole plot of Shishir and giving the pistol to him asks him to shoot Sushila.
Shishir frightened at this and nervous runs away crying “I am not a murderer”. He becomes half-crazy at the idea of his being a murderer. Uma meets him and forcibly takes him with herself in her car.
In the meantime, Manohar, who is in hospital, has told Shishir’s mother that Shishir has become a murderer. This makes her go mad.
Devdas comes and reports to Vinod that Sushila has not been killed. In furious rage he tries to Sushila himself. Shishir learns this from Devdas and follows Vinod.
Vinod goes and shoots Sushila, runs away from there, followed by Shishir, and goes to Uma for money. His father meets him there. There is a fierce quarrel between father and son. Vinod raises his pistol to shoot his father, the police arrive, Shishir comes up.
What happens to Shishir, to Uma, to Vinod? Does Shishir get a car? See the unexpected and fascinating end on the screen. 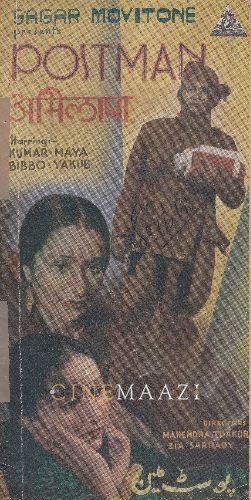 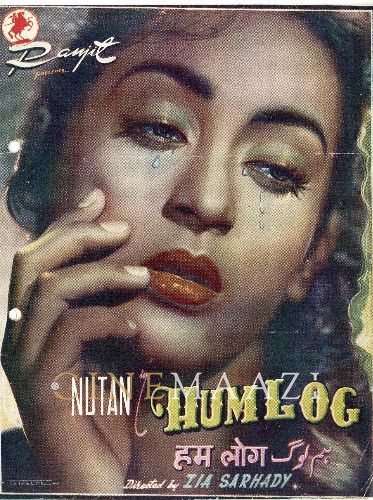