A millionaire had left a huge fortune with his solicitors, to be given to his daughter Batasi, whom he had lost many years back, during a Kumbh Mela festival. After years of relentless search, the solicitors got a clue that Batasi had been adopted by a mali, working in the house of Ajit Prasad.

Ajit Prasad came to know that Batasi was to inherit a large amount and immediately planned to get married to her before she was actually traced by the solicitors.

On hearing the news that she was to get married to a man whom she had known as ruthless and unscrupulous, Batasi became weary.

During the wedding ceremony, with the help of her friend Julie, she escaped in such a manner that neither the bridegroom nor the guests became aware of her escape.

One of Ajit's assistant, however, saw her running away and pursued her. She desperately cried out for help and was saved by Shyam a truck-driver.

Ajit was informed that Batasi had got away with a truck-driver. This incident, however, did not upset Ajit's plans very much, because he knew that to the knowledge of everybody except Julie he was legally married to Batasi, and hence the task was simple, that is to trace out Batasi and warn Julie.

Shyam seeing that there was no one for Batasi to count for support, arranged to get her training in dance and music so that she could earn her own living, all this meant additional expense. And in order to meet with this expenditure, he decided to take up a contract of transporting “Explosives”, putting his own life into a great risk. Risking one’s own life for another indicates profound love, and both Shyam and Batasi decided to marry in the near future.

In the meantime, Batasi was being trained and very soon she became an elegant dancer. With her very debut performance on the stage, she became a stage star. The star was easily sighted by the vigilant eyes of Ajit and she was trapped and… 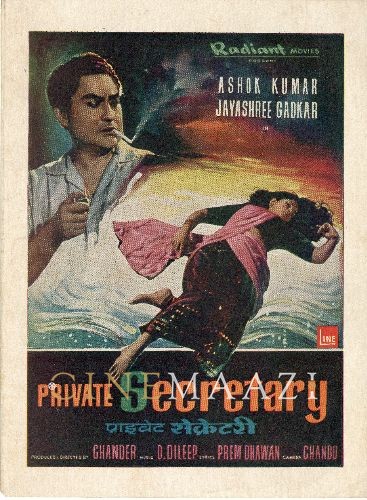