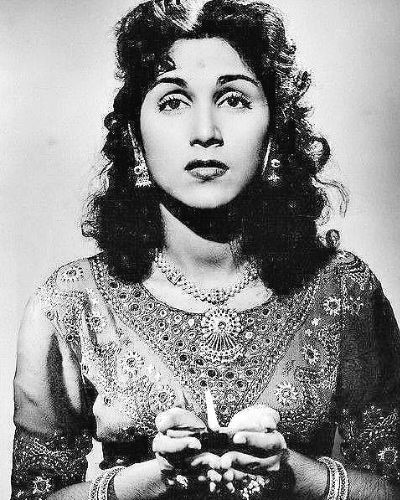 The legendary actress of early Hindi cinema, Purnima was born on 2 March 1932 in Bombay. She was the daughter of a Lucknow Muslim mother and a Tamil Brahmin father. Her father Ram Sheshadri Ayangar worked as an accountant with Manohar Desai’s father Kikubhai Desai, who was a film director and producer. Purnima had five siblings, four sisters, and one brother. One of her sisters was the Hindi film actress Shirin, who married the film stalwart Nanabhai Bhatt, father of Mahesh Bhatt. Though Purnima was named Meherbano Mohammad Ali at birth, her sister Shirin suggested that she go by the screen name of Purnima.

While still in school Purnima started working in Hindi and Gujarati films from 1947 itself when she was hardly 15-16 years old. The filmmaker Raman B Desai was Purnima’s neighbour, and he offered to cast her as Radha in his film Radheshyam (1948). Purnima had made her debut in Hindi cinema a year before when two of her films, Manager and Tum Aur Main were released. In 1949, she played the second lead in Kidar Sharma’s film Thes, alongside Bharat Bhooshan and Shashikala. In the same year, two more of her films, Narad Muni and Patanga were released. The latter was a Bhagwan Das Verma film which had a very successful run at the box office. Unfortunately, Thes and Narad Muni did not fare so well. In the 50s, she continued to play lead and second lead roles in films such as Jogan (1950), Badal (1951), Parbat (1952), Jaal(1952), Shole (1953) and Pooja (1954).

Purnima was later married to Syed Shauqat Hashmi. Following Partition, her husband decided to move to Pakistan while Purnima stayed back. She subsequently married filmmaker Bhagwan Das Verma in 1954 and took a break from her film career.

After a 3 year hiatus, Purnima returned to the screen with Chamak Chandni (1957) to supplement her family’s finances. Keeping in mind her priority to financially support her family, Purnima accepted any opportunities that came her way and worked in films like Son Of Sindbad (1958), Baghi Sipahi (1958) Kangan (1959) and College Girl(1960). She slowly found a firm footing as an established character artist with her later films like Humjoli (1970), Zanjeer (1973), and  Main Tulsi Teri Aangan Ki (1978). After a long career spreading over almost four decades, she acted in Sadaa Suhagan(1986) for the last time. In her career, she acted in 152 films, though she claimed more than 200 films, in one of her interviews. Her friends were Saira Bano, Shakeela, and Dulari.

Her son from her first marriage, Anwar Hashmi is the father of actor Emraan Hashmi. Purnima passed away on 14 August 2013. 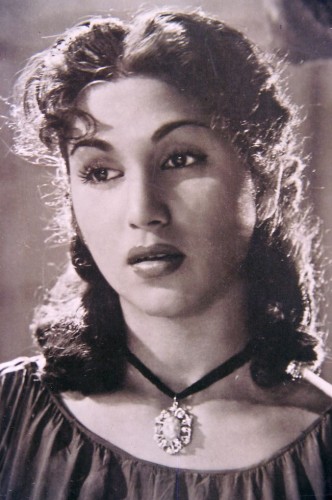 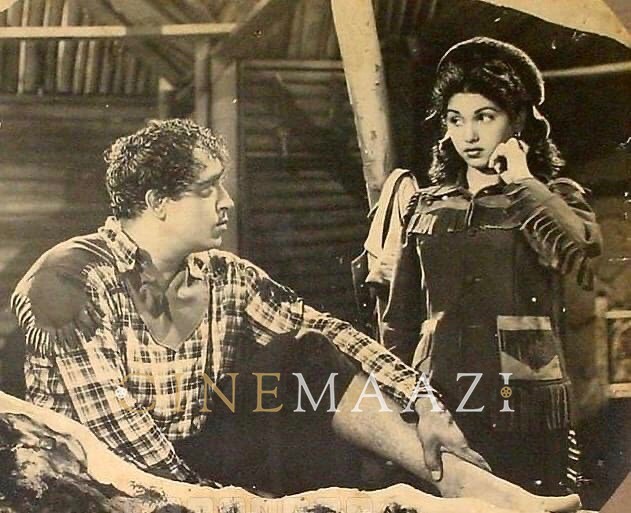