Kali lost his parents when he was very young. He was living with his uncle, who conducts acrobat's with Kali's sister and makes a living. Kali used to play the drum for the shows.

Every day Kali's sister, Seeta was making the acrobatics involving risk for her life. One day, Kali decides to run away with her to a far off place where there is safety for her life.

He brough her up with utmost care, love and affection. He is not only a brother to her, but a father and mother too.

He is now a grown up man and he is a winch driver. He is very kind to poor people and at times allows villagers to get into the trolley and gives them a lift to their work spot to avoid their walking all the way.

But, his new officer, Vinay does not like this. As they are not employed in the powerhouse, they are not eligible for the lift. He warns Kali and this leads to a misunderstanding.

Vinay met Seeta in a temple and he got a liking for her.

Meanwhile, Mangala with her mother comes to the village searching for a livelihood. Seeta takes pity on them and tells Kali to help them.

One day Kali was late to send the trolley down into the valley. Vinay was waiting down to send a patient to hospital.

As Kali was negligent, Vinay suspends him. The depressed Kali takes drink and falls under a lorry.

Vinay sends him to hospital and attends to his medical needs. Kali's hand is amputated. Mangala takes pity on him and marries him on the request of Seeta.

Vinay comes and informs Kali of his desire to marry Seeta. But, Kali does not like him and refuses. On the other hand, he offers Seeta to a village merchant Makhan Seth. This is not liked by Mangala and Seeta. Mangala goes to Vinay and requests him to run away with Seeta and marry her. This was overheard by Nekiram, an employee in the winch shed.

Nekiram, who has a desire to marry Seeta, goes to Makhan and informs him that Seeta had an affair with the engineer and Kali is thrusting her on him. Makhan asks him to help him. Nekiram plans to kidnap her before the marriage.

Could Kali trace the whereabouts of Seeta?

Could Mangala succeed in her attempts to convince Vinay to marry Seeta? 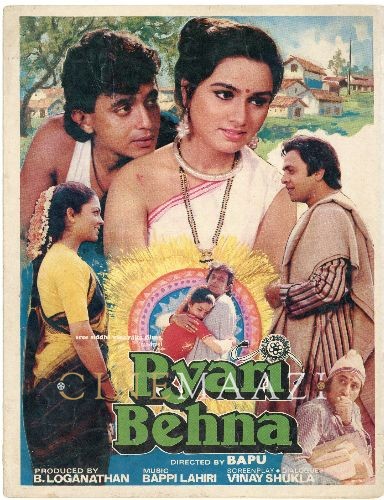