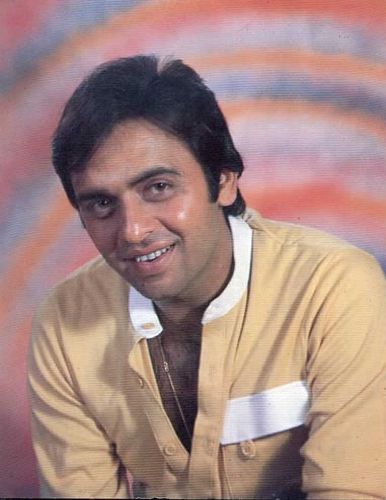 A fine and versatile actor who underplayed his roles, Vinod Mehra featured in approximately 100 films in the course of his career spanning more than two decades. These include Anuraag (1972), Nagin (1976), Jaani Dushman (1979), Ghar (1978), Swarg Narak (1978), Kartavya (1979), Saajan Bina Suhagan (1978), Jurmana (1979), Ek Hi Raasta (1977), Ye Kaisa Insaaf (1980), and Khuddar (1982). Nominated for Filmfare Best Supporting Actor for Anurodh (1977), Amar Deep (1979), and Bemisal (1982), he left a mark with his charming smile, subtle roles, and natural acting on the silver screen. He also essayed the leading role in a Punjabi film Maujaan Dubai Diyaan (1985). Along with lead roles, he also essayed secondary lead and supporting roles in many films. His contribution to Hindi cinema cannot be undervalued, as he emerged as a breath of fresh air with his simple charm in times of larger-than-life superstars and screen icons.

Born on 13 February, 1945 in Amritsar to Kamala Mehra and Parameshwaridas Mehra, the family moved to Bombay post Partition, where his father had business interests. His elder sister Sharda appeared in several films before Mehra started his career in the 1970s. Completing his schooling at Sacred Heart Boys High School Santacruz, he went on to earn a Bachelor's degree from St Xavier's College, Bombay. Interestingly, in 1965 he participated in the All India Talent Contest organised by United Producers and Filmfare. This contest saw future superstar Rajesh Khanna emerge as winner, while Vinod Mehra was runner-up.

He had featured as a child actor in films in the late 1950s, playing roles such as the younger version of Kishore Kumar in Raagini (1958). He moved on as a junior artiste in films such as Bewaqoof (1960) and Angulimal (1960), till he was rediscovered by filmmaker Roop K Shorey at the famous Bombay restaurant, Gaylord. Shorey considered him perfect for his next project, and offered Mehra his first big break as full-fledged hero with Ek Thi Reeta (1971). Co-starring Tanuja, the film was a virtual remake of Shorey’s earlier Ek Thi Ladki (1949) which had featured his wife Meena Shorey. An action comedy thriller, the film revolved around a young girl who believes herself to be an orphan. Implicated on a false murder charge she escapes, only to get involved in several comedic situations along with the film's hero played by Mehra.

Mehra was next seen in Lal Patthar (1971), essaying the role of Shekhar, the childhood sweetheart of the young wife of Raja Gyan Shankar Rai. Even in a formidable cast that included Raaj Kumar, Hema Malini and Raakhee, the quiet, dignified, fresh-looking Vinod Mehra made an impact. The song he renders onscreen seated at the piano--Geet gaata hun main, gungunaata hun main, sung by Kishore Kumar, remains memorable, establishing Mehra’s quiet charm and endearing screen presence.
The following year, Mehra featured in the classic Amar Prem (1972), which starred superstar Rajesh Khanna and Sharmila Tagore. The film, directed by Shakti Samanta, saw him essay the role of the grown-up Nandu, who had been loved and pampered as a child by his foster mother Pushpa, played by Sharmila Tagore. When he grows up and meets her after a long period of time, the affection he feels for him sees him take her home as his mother. Mehra portrayed his role with sensitivity, emoting via his eyes rather than with dialogues, and making an impact even in his scenes with the superstar Khanna.

Mehra can be said to have truly arrived in the industry with Hrishikesh Mukherjee’s Anuraag (1972). Directed by Shakti Samanta, the film told the story of a blind sculptor played by Moushumi Chatterjee, who lives in an ashram. She strikes up a friendship with a small boy, who is suffering from cancer. When she falls in love with Rajesh (Vinod Mehra), his father is not agreeable to their union, owing to her condition. Eventually, it is an eye donation by her young friend—his last dying wish—that grants her the gift of sight. The film, with its emotional tone and popular songs such as Tere nainon ke main deep jalaaunga and Sun ri pawan, pawan purwayiaa, helped establish Mehra as an actor who could ensure commercial success at the box office. The film also established Mehra and Moushumi Chatterjee as a popular pair, and they went on to feature in several films together such as Raftaar (1975).

Vinod Mehra went on to make an impact in notable films such as Anurodh (1977) Ghar (1978), Jurmana (1979), Amar Deep (1979) and Bemisaal (1982). Working with superstars Amitabh Bachchan and Rajesh Khanna, his versatility and finesse as an actor are apparent. He delivered one of his best performances in the film Ghar. Featuring Mehra and Rekha in the lead roles, Ghar revolved around a young married couple coping with the aftermath of the wife’s rape. Mehra’s gentle romantic mien and fluid facial expressions succeeded in conveying the pain his character experiences. The songs of the film, namely Tere bina jiya jaaye na, Aapki aankhon mein kuchh mehke hue se raaz hain and Phir wahi raat hai, raat hai khwaab ki, became immensely popular.
Quiet, simple, unassuming, graceful and good-natured—these were the qualities that marked Vinod Mehra both on and off screen.

Mehra received Filmfare Nominations as Best Supporting Actor for Anurodh (1977), Amar Deep (1979), and Bemisal (1982). He produced and directed the film Gurudev (1993). However, his untimely demise on 30 October, 1990, at the age of 45, saw the film stalled till it was completed by director Raj Sippy and released three years after Mehra’s death. Post his demise, some of his delayed films such as Patthar Ke Phool (1991), Insaniyat (1994) and Aurat Aurat Aurat (1996), were released and dedicated to his memory.