In the dead of the night a lone horseman is galloping through the jungle. Loyal slave Apap has been successful in saving the prince from the cruel soldiers of treacherous senapati Durjan Singh who has revolted and killed his own king Udai Singh. But now Apap is dying because of the wounds. His horse stops in the jungle clearing where the gypsy chieftain Badsha Khan is at his prayer. He helps him down. Before Apap takes his last breath he takes promise from Badsha Khan to safeguard prince Vikram's life and help him to regain his throne.

Twenty years passed and Vikram grew up to be a brave gypsy, under hard training of Badsha Khan. But inspite of all the training and bravery prince Vikram cannot raise hand or voice against the cruel King because Badsha Khan had made him helpless by extracting an oath from him, not to indulge in any sort of protests or uprising against the mighty King Durjan Singh.

But that day it became too much when a band of soldiers, who were escorting the princess of Ratangarh, a neighbouring state, tried to kill an old peasant.

Vikram saves the old man but becomes the target of soldiers' wrath. That night Badsha Khan relieves him from his oath and tells him that he is the only surviving prince of Udaigarh, his father's state. Vikram decides to wait no more and attacks the much hated Durjan Singh that very night to avenge his father. This leads to the second chance meeting with ravishing princess Ratna who saves Vikram from being captured by the soldiers after Vikram's attack on Durjan Singh fails.

Vikram's moment of triumph comes when he at the annual games saves princess Ratna from the captivity of notorious dacoit Sangram Singh. Durjan Singh is pleased with Vikram and appoints him as the tutor of his idiot son Veer Singh. Love blossoms between Vikram and Ratna right under the nose of Veer Singh.

Vikram is introduced to the members of the underground revolutionary party, who are working to overthrow Durjan Singh. They take Vikram as their leader.

Now Vikram's immediate need is money, to make weapons. He hatches a plan to kidnap the princess in the name of Daku Sangram Singh and asks for the ransom. In this he uses Durjan Singh's idiot son Veer Singh. He is successful but Sangram Singh becomes his arch enemy. He frustrates all Vikram's plan till Vikram defeats him and brings him to the court as a prisoner. It was a great victory for Vikram but it turns out into a great misery for him because in the court he comes to know that Sangram is his long lost brother. Sangram is taken to the dungeons.

But Vikram and the loyalists are not to be out done. How they hatch a plan to rescue Sangram; how Durjan, the crafty old fox turns the tables on them; how the forces of good finally triumph over evil; how the two brothers are united at the feet of their mother; how Ratna is released from her bondage into the arms of Vikram; how the tyrant dies a deserving violent death; and how the flag of Maharaja Udai Singh flutters once again upon the citadel of the Raajmahal; All this and more are unravelled in one breath taking scene after another in the final climactic moments of RAAJMAHAL. 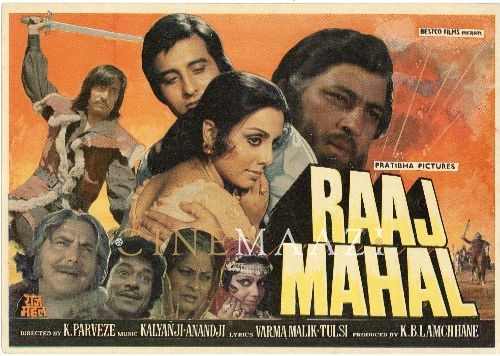 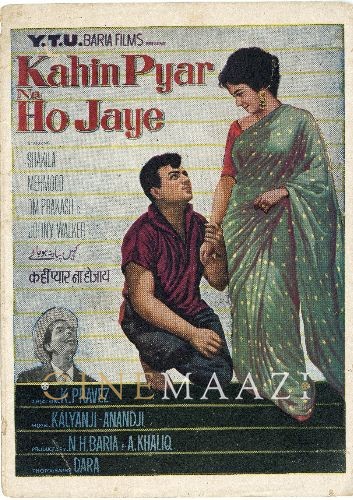