Madan is young and ambitious. Unfortunately he is employed as an Asstt. Station Master in a small town called Tarapur, where only three trains come, two in day time and one at night. Madan is thoroughly bored with his life and wants to get out of it. He applies for two months leave which is granted but he still has to work because his reliever has not turned up. In such state of boredom and frustration during the duty at night train it is learnt that someone has died in the train and dead body has to be removed. Madan wants to avoid the unpleasant duty of keeping a dead body at the station but the passengers won't agree to continue with the dead body in the train. The dead body is removed, the train leaves. The routine starts all over again... one of the railway servants comes to Madan and tells him that the dead body looks just like Madan; Madan gets curious he checks up, yes the dead body has a striking resemblance of himself.

Next day the dead body is sent away to bigger station for post mortem etc. Madan's reliever also turns up. Madan takes a sigh of relief. He hands over charge, the station Master, meanwhile has sent all personal belongings of Madan to his quarter. In his quarter Madan relaxes dreaming of an exciting holiday in Bombay and may be if luck would have it-he will never come back to the cursed Tarapur. Madan notices a bag in his room, the bag was inadvertently left behind when all the belongings of the dead body was sent with it.  The new station master thought it as a personal belonging of Madan and sent it to him. Madan looks into the bag; there are three diaries, and unposted letter, some clothes. Out of simple curiosity Madan starts reading the diaries and the letter.......

Madan learns that the man, who resembled himself, was the only son of a rich Zamindar, who left his palace seven years ago to become a sadhu. For seven years he wandered from one pilgrimage to another and finally got tired and was returning home. In the diaries there were noted day to day events and suddenly Madan gets an idea.

Here is an opportunity to start anew with splendour money and excitement. Why not go to the palace of dead man and claim that Madan is the only son of Thakur Suraj Pratap Singh. The idea gets on hm. He studies the diaries thoroughly, practices the dead man's handwriting and finally one day he reaches the palace. He is given a tumultuous welcome, the entire town turns up to receive him, he is taken in a huge procession to the palace. Everyone accepted him as the lost son has come back. Madan has managed to win over his mother, dewan of the state and others but how to face his 'wife' who have had intimate moments with her husband.

Finally, he meets his wife a woman of stunning beauty and serenity. Madan has never seen such beauty before; he shudders, he fears, suppose he is caught as an imposter.

Somehow, he manages that night, but what about the subsequent nights. In his fear that the might be caught, Madan tries to avoid his wife.

Shakuntala, the wife, who has passed the last seven years as a widow does not want to lose her husband again. His behaviour and avoiding her reminds her of the time when he left her and went away. She clings more to him as Madan tries to avoid her. Soon Madan finds that he is in love with Shakuntala, his wife. He could have carried on as a husband but his conscience does not allow him how to cheat such an innocent and devoted wife.

At last he makes up his mind, he tells her the reality, the reality that her husband is dead and he is a stranger deeply in love with her only if she accepts him, does she........? 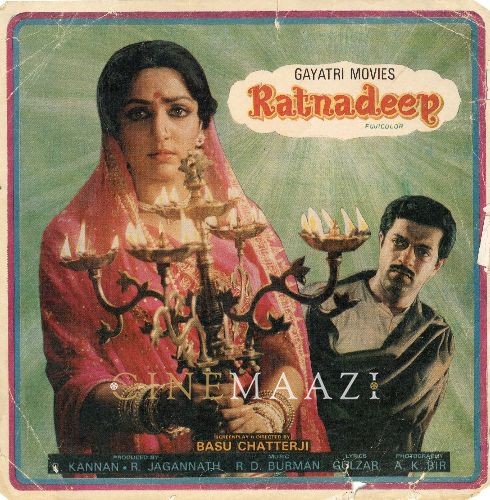