Filmmaker Basu Chatterjee carved a distinctive niche in the realm of Indian cinema, chronicling middle-class lives and values in range of light-hearted yet astute films such as Piya Ka Ghar (1972), Rajnigandha (1974), Us Paar (1974), Chhoti Si Baat (1975), Chitchor (1976), Priyatama (1977), Swami (1977), Priyatama (1977), Khatta Meetha (1978), Baton Baton Mein (1979), and Shaukeen (1982). Known for his slice-of-life cinema crafted with love and humour, his middle-of-the-road films mirrored the changing times of the 1970s. They explored areas which were far removed from the glitz and glamour of the blockbusters of the time. Chatterjee had a flair for making the lives of regular men and women come alive engagingly onscreen, as he probed the subtle nuances of relationships both romantic and otherwise. His films showed particularly keen insight into women’s thoughts and desires, needs and quests. In a departure from his usual brand of cinema, Ek Ruka Hua Faisla (1986) and Kamla Ki Maut (1989) explored social and moral issues. What’s more, he handled his subjects with a light touch, sprinkling his films with humour, and imbuing them with excellent music. He also made remarkable comedies with protagonists from different communities, such as Khatta Meetha which featured two Parsi households, and Baton Baton Mein which was set in Bombay’s Catholic community. He also created and directed Byomkesh Bakshi, the hit detective serial on television. His work found appreciation via multiple awards such as the Filmfare Best Screenplay Award for Sara Akash (1969), Filmfare Critics Award for Best Movie for Rajnigandha (1974), Filmfare Best Screenplay Award for Chhoti Si Baat (1975), Filmfare Best Director Award for Swami (1977) as well as the National Film Award for Best Popular Film Providing Wholesome Entertainment, Filmfare Critics Award for Best Movie for Jeena Yahan (1979), Filmfare Best Screenplay Award for Kamla Ki Maut (1989), National Film Award for Best Film on Family Welfare for Durga (1991), and the IIFA Lifetime Achievement Award in 2007.

He was born 10 January, 1927 into an upper middleclass Bengali family in Ajmer, Rajasthan. Moving to Bombay in the 1950s, he started off as an illustrator and cartoonist for Russi Karanjia’s weekly tabloid, Blitz. Chatterjee worked there for 18 years before exploring filmmaking. He also played a role in the founding of Film Forum Society (1959). He started off assisting director Basu Bhattacharya on Teesri Kasam (1966). The Raj Kapoor-Waheeda Rehman starrer went on to win the National Film Award for Best Feature Film. He made his directorial debut with Sara Akash (1969), for which he bagged the Filmfare Best Screenplay Award. The film starred Rakesh Pandey, Madhu Chakravarty, Nandita Thakur, A K Hangal and Dina Pathak in lead roles. Set in a traditional middle class joint family in Agra, the film dealt with internal conflicts of a newlywed couple, both of whom find themselves unprepared for domestic life. Along with other notable films of the year like Mani Kaul’s Uski Roti (1969) and Mrinal Sen’s Bhuvan Shome (1969), Chatterjee’s Sara Akash was regarded as one of the films which started the Indian New Wave in cinema.

Chatterjee is considered a product of the Bimal Roy school of cinema. Among the Bengali imports, including Hrishikesh Mukherjee, Basu Bhattacharya and Gulzar who steered mainstream Hindi cinema in the 70s and 80s, he also crafted films which were sensitive to women, with lead characters portrayed as strong women. Far from glorifying women, in his films, women could be as fickle as men in relationships, even as, like men, they took major decisions in the household and also pursued careers outside the home. His films also played a significant role in the unlikely rise of Amol Palekar as a star in the 1970s. While he was known for his light-hearted middle cinema films, he also deviated from his norm at times to make a thriller like Chakravyuha or a more cynical film like Kamla Ki Maut. Unlike his new wave roots, his later films often displayed a sentimental upholding of middle class desires and values.

His films depicted simple yet engaging scenarios. If Piya Ka Ghar focused on the lack of privacy faced by a couple living in a joint family in Bombay in the 1970s, Rajnigandha portrayed the heroine torn between the promise of an affair with an old college sweetheart and a new steadfast relationship. Chitchor portrayed the hero being passed over his love interest’s family in favour of the rich boss, while Chhoti Si Baat depicted the hero fighting off his competitor for his shy colleague’s heart besides taking lessons in the art of seduction. Swami portrayed the heroine made to marry the hard-working head of a joint family, who continues to pine for her lover. Khatta Meetha showed a middle-aged Parsi widow and widower who decide to marry despite the objections of their grown-up children, who eventually learn to live in harmony. Tumhare Liye explored the theme of reincarnation in a saga of love, separation, and revenge. Dillagi portrayed the attempts of a Sanskrit professor to woo the beautiful Chemistry professor, while Baaton Baaton Main saw the young lovers overcome the opposition of their families to wed. The comedy Shaukeen portrayed the antics of three lascivious old men looking for a good time, while Apne Paraye depicted the bitter-sweet relationships between various members of a joint family, and the songless Apne Paraye showed the 12 jurors who must decide the fate of a young man accused of stabbing his father to death.

Chatterjee also directed the hit television detective series Byomkesh Bakshi, as well as the Priya Tendulkar-starring Rajani for Doordarshan. Byomkesh Bakshi was the first Hindi television series based on the character created by Sharadindu Bandyopadhyay. Starring Rajit Kapur and K K Raina as Byomkesh Bakshi and Ajit Kumar Banerjee, respectively, the series became a critically acclaimed and celebrated adaptation staying fresh even after decades. Rajani, on the other hand, became immensely popular for creating awareness among lax government offices and officials. It portrayed Rajani fighting government laxity in every episode, as it tried to reflect the mid-1980s state of services at government offices. It roundly criticised public utilities including electricians, postmen, telephone wiremen, and the gas cylinder agency. He also made the political satire Kakaji Kahin for television.

Basu Chatterjee passed away on 4 June, 2020 in Mumbai. 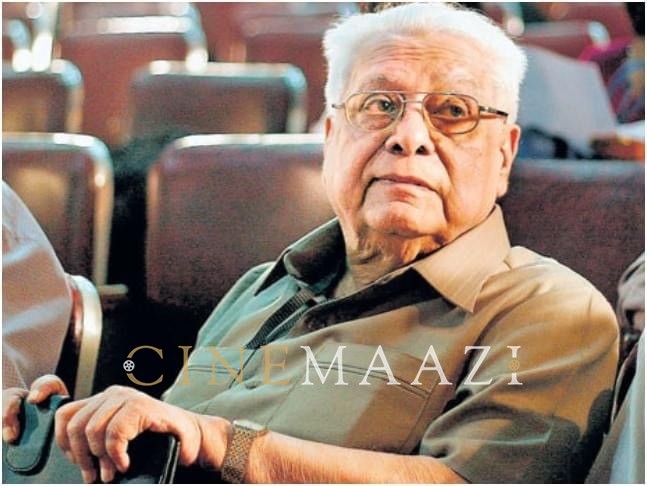