"Whenever there is decay of righteousness (Dharma),
O Bharata, and there is exaltation of unrighteousness
(Adharma), then I Myself come forth"
The Bhagavad Gita-IV-7
***

Kansa was the king of Mathura whose evil deeds knew no bounds. One day he heard a divine voice (Akashvani) telling him that the eighth child of his sister Devaki will destroy him. He, therefore, decided to kill all her children and imprisoned her and her husband Vasudeva immediately after their marriage. He killed their seven children, one after another, soon after they were born.

The eighth child was Lord Krishna. When He was born, they heard a divine voice asking them to take Him to Gokul and leave Him in the care of Nand and Yashoda, and replace him with their daughter. This impossible feat was performed with miraculous divine assistance.

Kansa came to know that his deadliest enemy was being brought up in Gokul and he tried to have him killed through his generals but all those who undertook the job lost their lives.

Nand and Yashoda brought up Lord Krishna. He won everyone's heart with His pranks and flute. Among them was Radha who loved Him the most. Their divine love made her husband extremely jealous. But all his attempts to humiliate Lord Krishna not only failed but also landed him in Kansa's prison.

Lord Krishna saved Gokul and its people from many a disaster by His divine power and His fame spread far and wide. This was too much for Kansa and he tricked Akrura in to bringing Lord Krishna to Mathura. Lord Krishna, a young boy then, was challenged to wrestle with the mightiest wrestlers of the time and He defeated all of them. Then it was the turn of Kansa.

***
"For the protection of the good, for the destruction
of evil-doers, for the sake of firmly establishing
righteousness, I am born from age to age"
The Bhagavad Gita-IV-8 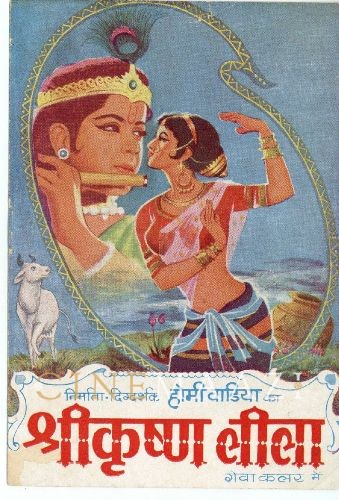