"I do not want to work in films anymore," said sweetly pretty Kamla, an extra girl frustrated in her quest for stardom.

A young man listening to these words was disappointed. It was Makhkhan, an extra Supplier, who loved Kamla and had high hopes of starring her in a film he hoped to make some day, though never succeeded yet. But he believed he would make it this time.

Innocent Kamla took this gesture of kindness as a favour and of course was not aware of Makhkhan's hidden feelings for her.

But the evil mind is never set at rest for Shambhu, a neigh-bour strove his utmost to destroy this un-blossomed flower by his raging passions and one dark night he followed her into the lonely streets when she was rendered homeless by the cruel landlords for not paying the rent.

A warning searchlight of a limousine a sudden screeching of brakes! Kamla took advantage of the situation and pretended to be hurt in order to save her honour from the pursuing Shambhu.

Now Kamla was no more a poor extra girl for she got an opportunity to play the role of Ragini the lost daughter of Rai Bahadur Seth Kalidas a man with lots of means but hard of hearing. Kamala thus began playing her part on the "stage of life" without batting an eyelid.

In due time Kundan, childhood playmate of Ragini appears on the scene and Kamla kept on playing till she realised she had finally met the man of her dreams. On reading the news of their engagement Makhkhan prepared to leave for Calcutta in the vain hope of getting finance for making the proposed film through the help of his "darling" Kamla.

And that's where the real trouble starts.

Makhkhan suspecting foul play demands an interview with Kamla (now Ragini) who, however, refuses to recognise him and just when the whole game is about to be exposed, Seth Kalidas intervenes and drives crazy Makhkhan away.

Kamla was restless that night and this was added on by the shocking realisation that Janki, a new maid who was caught while stealing bread and forgiven spontaneously, was indeed the lost child and real "Heiress.

"Terrified Kamla wished she could be saved from this shameful exposure of being an imposter an exposure which would be humiliating and intolerable in her lover's esteem, but who could she turn to for help?

Makhkhan was stunned at the shocking revelation of dishonesty of an honest girl a revelation that would break two loving hearts. He must find out a way to happiness not only to the individual but to entire humanity.

And the way was found at last!

What was it? The silver screen will show. 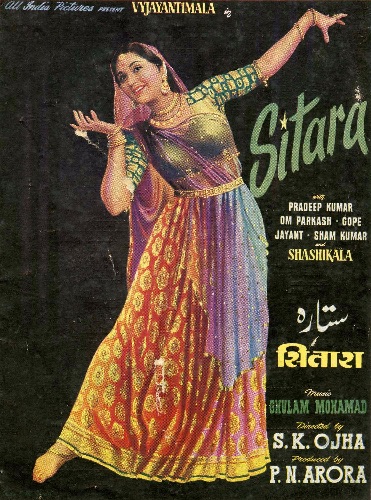 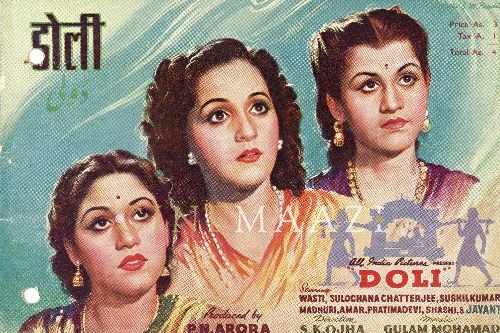