Raju (Sivaji Ganesan), son of a rich mill owner Sankaralingam (S.V. Ramadas) lives in Madurai. His close friend Gopal (S.A. Ashokan) is also his family doctor. Raju dislikes his father's arrogant attitude towards poor people and workers. Raju is close to Sundaram (Major Sundarrajan), his classmate, who discontinued his studies and is the family driver.

Raju leaves with Gopal for a vacation to his estate at Kodaikanal. Gopal meets Parvathi (Vanishree) when he goes to treat her father, the estate accountant and falls in love with her. The next morning, Raju meets Parvathi and he too falls in love with her. Parvathi, who knows Raju well through her father, is already in love with him. Gopal, for the sake of their friendship, does not reveal his love for Parvathi to Raju. Raju wants to marry Parvathi but afraid of his father, with Gopal's help marries her secretly with the consent of Parvathi's father. They live there without disclosing this to Sankaralingam.

Three months pass by and Parvathi becomes pregnant. Sankaralingam arrives there, gets angry on knowing about the marriage and his goons set the house on fire with Parvathi and her father inside. Raju and Gopal rush to save Parvathi, but his father and the goons do not allow them to enter the burning house. Raju and Gopal are forcefully taken back to Madurai in Sankaralingam's car.

After a few months, Sankaralingam threatens to commit suicide if Raju does not agree to marry his cousin Vimala (Sowcar Janaki) and Raju reluctantly agrees and the marriage takes place. Sankaralingam dies after handing over all the business affairs to Raju.

Nineteen years pass by since Raju married Vimala. Though they have a mutual affection for each other, Raju is unable to forget Parvathi and lives his life with regret. They are childless and there is a vacuum in their lives.

Sathyamurthy or Sathya (Sivakumar), aged 19 years, is living with his uncle Murugan (VS. Raghavan) and aunt. Unable to retain any job due to his honest nature, he becomes a burden to his uncle's family. Through one of Raju's old servants, he gets acquainted with Gopal, who in turn gets him appointed as Raju's personal servant. Slowly, Sathya and Raju become closer. When Sathya displays his mother's photograph to pray, it is revealed that he is the son of Parvathi, who escaped from her burning house and Murugan and his wife took care of her. A few years after she delivered Sathya, she died without revealing the identity of Sathya's father. Sathya starts learning how to read and write through Gowri (Bharathi), daughter of Sundaram. Slowly, they get attracted to each other and fall in love.

One of the servants, Rathnam (V.K. Ramasamy) becomes jealous of Sathya's influence with Raju and tries to hurt him by throwing away his mother's photograph. Sathya gets upset and leaves the home, but is stopped by Raju and Gopal. Gopal now learns that Sathya is Raju's son and is happy that he could at least bring Sathya to his father. On the 20th marriage anniversary of Raju and Vimala, Gopal comes to tell the truth about Sathya but dies of a heart attack without revealing it.

Raju goes for a conference to Kodaikanal with Sundaram, Gowri, and Sathya. There, realizing the love between Sathya and Gowri, Raju approves of their marriage and informs Sundaram that he plans to adopt Sathya as his son. Meanwhile, angry with Sathya, Rathnam and his wife hide Vimala's diamond necklace in Sathya's suitcase. Vimala, upset about losing the necklace, starts searching all the workers and their belongings. By then, Raju returns with Sathya and others. Despite Sathya not being at home, at Rathnam's provocation, Vimala orders that Sathya's suitcase be searched. The necklace is found and everyone is shocked. Raju angrily asks Sathya why he stole when he had so much faith in him. Sathya pleads he has not stolen it, but no one listens. Raju beats him harshly and throws him out. Sathya leaves the home crying.

Now, Gowri comes with Sathya's mother's photograph before which he prays every day, and shouts at Raju and Vimala for not trusting Sathya. She shows them what he has written on this photograph (that he will never tell a lie as ordered by his mother). Raju, shocked to see Parvathi's photo, realizes that Sathya is his own son, breaks down, and then reveals the truth to Vimala. Vimala accepts Sathya as her son and both rush out to bring him back. By then, a fire breaks out in one of Raju's mills. Sathya, unhappy at being wrongly blamed, decides to commit suicide and rushes inside the burning mill. Raju, who could not save his wife Parvathi 20 years back, risks his life now and saves Sathya from the fire. The family unites and Sathya is married to Gowri. 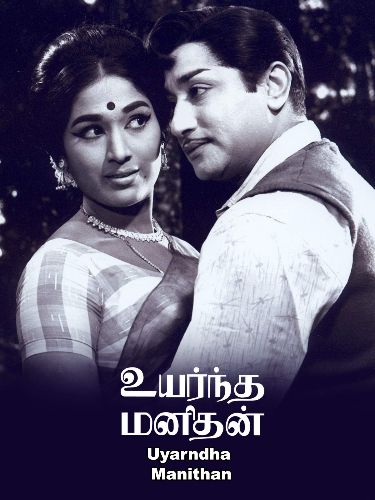