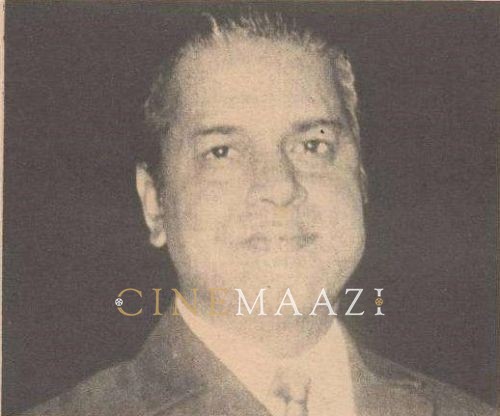 Born in Bardhaman in West Bengal, Shakti Samanta was initially drawn to films because he hoped to be a renowned actor. Though he could not become a Bollywood hero, the talented director-producer gave to Indian cinema its first ‘Superstar’.
As a young boy, Shakti Samanta was sent to Badaun in Uttar Pradesh to stay with his uncle while he studied. Later, he also studied in Dehradun and Kolkata, where he became involved with theatre. The grueling schedule of theatre rehearsals meant that Shakti returned home late very often. One evening, he had a disagreement with his uncle, and left home in a huff. He started making his way to Mumbai. A little distance from Mumbai, Shakti got a job as a teacher in Anglo High School in Dapoli.
Dapoli was an hour away from the city of Mumbai by steamer. On Friday evenings, Shakti would make his way to Mumbai for steamer. He spent the weekend looking for work in films, and would be back to teach again by Monday morning.  On his visits, he met a number of filmmakers. He also had the good fortune to meet one of his favourite actors, Ashok Kumar, who was associated with Bombay Talkies at the time.
Ashok Kumar employed Shakti as an assistant director at Bombay Talkies on one condition: he would work with no remuneration other than occasional cups of tea, and a meal at lunchtime. Having grown up in Uttar Pradesh, Shakti was fluent in Hindi, and soon, he was translating Phani Majumdar’s writings from Bengali to Hindi.
While he was playing minor roles in some films, Shakti Samanta also began to get acquainted with important players in the film industry. He started work as a director soon, with Inspector, but this film was only released in 1956. His next film, Bahu (1955), released prior to this. Both the films were successes, and he decided to establish his own film company under the title Shakti Films. The first film released under this banner, Howrah Bridge (1958), also went on to become a hit. His next venture was Detective (1958), with Pradeep Kumar and Mala Sinha in the lead roles. The moderate earnings from this film were eclipsed by the much more popular China Town (1962). Featuring Shammi Kapoor, Shakila and Helen, the film was praised roundly for its well-worked out plot, skilled direction and lively music. The song “Baar baar dekho” sung by Mohammed Rafi and picturised on Shammi Kapoor from the same film went on to become a hit for years to come.
With Kashmir Ki Kali (1964), Shakti Samanta reached new heights of success. Another major success was the Shammi Kapoor-Sharmila Tagore starrer An Evening in Paris (1967), featuring some unforgttable hits from Shankar-Jaikishan.  The film also created some controversy with Sharmila Tagore sporting a bikini, challenging conceptions of how Indian women are represented in cinema. Inspired by the story of Devdas, he also produced and directed Amar Prem (1971), cementing Rajesh Khanna as the biggest star of that time. Around this time, he produced and directed a string of hits, including Aradhana (1969), Kati Patang (1970), Anuraag (1972) and Amanush (1975), made in both Hindi and Bengali. The films starring Rajesh Khanna proved to be immensely successful, lending to the aura of Khanna as the 'first superstar'. Three of his films, Aradhana, Anuraag and Amanush received the Filmfare Award for Best Film.
In the fiercely competitive industry of the eighties, Shakti Samanta began to get fewer and fewer chances to make films of his choice. In all, he directed 37 Hindi films and 6 Bengali films over his career. Some of his films in the 80s were Barsaat Ki Ek Raat (1981), Awaaz (1984), Alag Alag (1985), and Anyay Abichar (1985). He is also credited with introducing the Hindi melodrama style in Bengali cinema with the bilinguals he made like Amanush and Anand Ashram (1977). His son Ashim Samanta also turned director. He was appointed the Chairman of the Central Board of Film Certification in 1990. The last Hindi film he directed was Geetanjali (1993), and in 2002, he made his last Bengali film, Devdas. At the age of 83, on 9 April 2009, Shakti Samanta passed away at his residence in Mumbai.