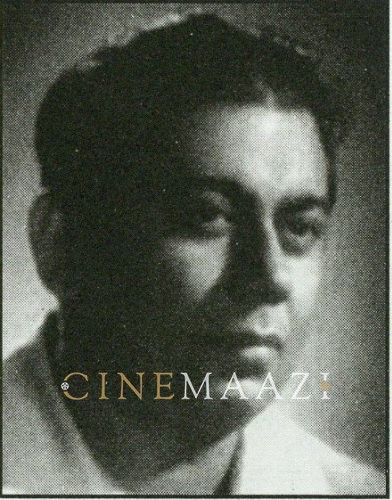 Chitragupta Srivastava was born in Gopalganj district in Bihar in 1917. His elder brother, Brij Mohan ‘Azad’, an acclaimed journalist-freedom fighter was a major influence on Chitragupta during his childhood.  Under his watch and guidance, Chitragupta completed his education, earning a double MA in Journalism and Economics from Patna University, and became a lecturer of Economics.  While the focus may have been on academics, both the brothers learnt classical music from Pt Shiv Prasad Tripathi. It is said that Chitragupta played the tabla very well. While he obeyed his elder brother and completed his education, his heart lay elsewhere. Chitragupta desired to become a professional singer. This led to his taking a big risk and relocating to Bombay along with a friend, Madan Sinha (who later on became a well-known cinematographer). Luck favoured him and he found work as a chorus singer under music director Nitin Bose. He went on to become the assistant of the legendary composer, S.N. Tripathi, who mentored him and secured him a break as an independent music director. Chitragupta made his debut in the film Fighting Hero (1946). This was followed by several mythological, period, stunt and action films – the staple of the B-grade movie industry. Despite the tight budget, his calibre and talent shone through.

Early songs such as Ada se jhoomte huye (Sindbad the Sailor, 1952, Rafi-Shamshad) and O naag kahin jaa basiyo (Naag Panchami, 1953, Asha Bhosle) became big hits. However, Chitragupta got typecast. AVM’s Shiv Bhakta (1955) was his first big banner production – he bagged it after S D Burman rejected the offer as he did not work in mythologicals. This was also the first film where Lata Mangeshkar sang for Chitragupta – starting a fruitful and memorable association for both. By the end of Chitragupta’s career, Lata is supposed to have sung more than 200 songs for the composer.

A second AVM production in 1957, Bhabhi, proved to be super successful for Chitragupta. Chal udja re panchchi till date remains popular – counted among Rafi’s best. A lesser man would probably have cashed in on this success and turned his back on his early movie producers and stopped signing B-grade movies. However, Chitragupta did not. He remembered the men who gave him his early breaks and continued doing B-grade films for producers like Nanabhai Bhatt.

Through the 60s, Chitragupta continued composing songs for films – churning out popular, melodious ditties. Some of the famous songs in this period include Machalti hui hawa (Ganga Ki Lehrein, 1963, Kishore Kumar-Lata), Dil ka diya (Akashdeep, 1965, Lata Mangeshkar), Jaag dil-e-deewana (Oonche Log, 1965, Mohd Rafi), Main kaun hoon (Main Chup Rahungi, 1962, Mohd Rafi) and Yeh parbaton ke daayere (Vaasna, 1968, Rafi-Lata). Chitragupta's association with AV Meiyappan significantly impacted his career and allowed him to come up with some of the most celebrated songs of the time. It is noted how the relationship and understanding of each other's creative faculties helped create a freedom with which the eminent composer came up with some wonderful melodies, including the lesser known songs like Kishore Kumar’s soulful Main Hasoon Ke Is Pe Rounn (from the unreleased film Maa) and Mohammed Rafi's song Itni Badi Duniya Jahan Itna Bada Mela from the film Toofan Mein Pyar Kahan (1963). Moreover, given his highly educated background and being an excepttionally well-read person, he had a great personal and professional relationship with prominent lyricists like Sahir Ludhianvi, Prem Dhawan and Shailendra. He also collaborated with the latter for several films, among them being the 1963 Bhojpuri film Ganga Maiyya Tohe Piyari Chadhaibo. His stint as a composer for Bhojpuri film music was revived during the later phase of his career, when he went on to successfully compose the music for numerous films in the industry during the 80s.

Vastly underrated but extremely talented, Chitragupta gave music for over 150 films from the 60s through to the 70s. It is ironical that despite his sons Anand-Milind’s popularity as music directors in the 1990s and 2000s, not many know of their talented father, Chitragupta. A man of immense talent, sincerity and integrity, he was deeply passionate about the craft and creative impact of film music, which inspired him to keep working in the industry until the very end. Known for his humble and compassionate demeanour, Chitragupta never allowed the fame or glamour of cinema to overrule his love for music, and he continued to work modestly with great and average films throughout his career, without giving a thought about the profits or sellability of his compositions.

Having seen his sons achieve one of his life's biggest dreams and be celebrated for their work in the 1988 film Qayamat se Qayamat Tak, by winning the Filmfare Award, Chitragupta died on January 14 in 1991, satisfied and happy. Although unsung, his contributions remain significant and highly influential in the Indian film industry's history and the journey of film music in India.