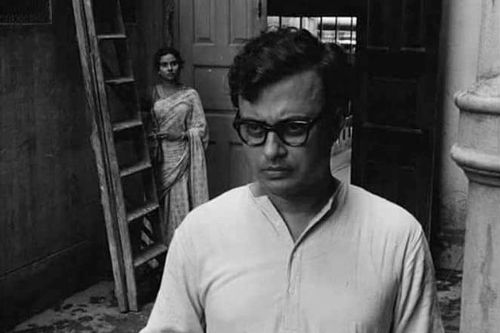 Perhaps best remembered for his intense turn as Shankar in Meghe Dhaka Tara (1960), Anil Chatterjee was a beloved supporting actor who left his mark in over 200 Bengali films.

Born on 25 October, 1929, in Bhagalpur, he completed his schooling in Delhi before studying economics at the St Xavier's College in Kolkata. While in Kolkata he grew interested in theatre and joined Utpal Dutt's plays. He started his film career as assistant to Pinaki Mukhopadhyay and Ardhendu Mukhopadhyay. He made his debut with a small role opposite Tulsi Chakraborty in Jog Biyog (1953). After small roles in films like Moyla Kagaj (1954), Sajghar (1955), Chalachal (1956), he got his first major role in Ulka (1957), playing the lead character's brother. An extremely versatile and polished actor, he is one of the few artistes to have worked with all great masters of Bengali cinema, including Satyajit Ray (Kanchenjungha, 1962; Mahanagar, 1963), Ritwik Ghatak (Ajantrik, 1958; Meghe Dhaka Tara, 1960; Komal Gandhar, 1961), Tapan Sinha (Louha Kapat, 1958; Sagina Mahato, 1970; Harmonium, 1976), Asit Sen (Deep Jele Jai, 1959), Agradoot (Agni Sanskar, 1961) and others. Other notable performances came in Kalamati (1958), Megh (1961), Kancher Swarga (1962), Ghum Bhangar Gaan (1965), and Deshbandhu Chittaranjan (1970). His performance in the titular role of Deshbandhu Chittaranjan was praised by the eminent freedom fighter's wife, Basanti Devi herself.

He has presided over several organisations like Federation of Film Technicians of Eastern India, Federation of Film Society of India, among others. Joining politics as an independent candidate he became a Member of the Legislative Assembly after winning the Chowringhee by-elections.