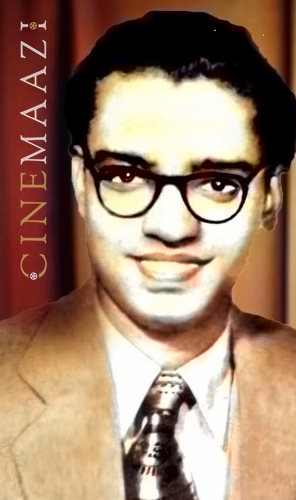 Anthony Mendes excelled as a comedian in his widely appreciated performance in Amchem Noxib (1963). Joao Agostinho who is lovingly called Pai tiatrist (Father of Konkani dramas) spotted his unusual talent and gave him a role in his drama Khapri Chakor (Negro Servant) in the year 1936 which he played with aplomb. He was later given a role in another drama Vavraddi (Worker) as a boatman at Princess Theatre Bhangwadi, Mumbai.

Besides enacting comic roles, he was also a talented singer. Earlier, there was a custom to sing English-Konkani songs at the start of a Konkani drama and Anthony Mendes was adept at this. The names of his prominent songs are Khaparika Banja and Wonderful Child which received thunderous applause from the spectators. Whilst singing he used to stretch himself in such ways that he was baptized ‘Spring Man’. He had a manner of pulling up his pants very high which caused much amusement among his audiences.

He presented his first drama Pandu Barber in the year 1940. He contributed twenty-five years of his life to the theatre in which he wrote fifteen plays. The last drama he wrote was Bomboicho Dada (Bombay’s Don) which he could not present and was presented by his three sons—Felix, Derrick, Xavier who followed his footsteps. His dramas were usually based around moralistic themes.

He worked for Brilliant Battery Service which was owned by a Goan and later on became a partner in the company.

His comic songs are available on vinyl records which are popular even today and are relayed on All India Radio.

His immortal comic timing is seen in Amchem Noxib where he has entertained the audience with an unusual comic role. He was wisely chosen for this role by the doyen of Konkani drama, the late C. Alvares.  He has his counterpart in Antonette who acts alongside him and the end result is a laugh riot. Two of his comic songs in the film - Bheknaita Pai (Father is frightening) and Mogachem Tarum (Love Boat) are a treat to watch.
His work had been appreciated by Hindi film actors during the shooting of Amchem Noxib at Mehboob Studios. Unfortunately, he breathed his last few months after the release of the classic. He suffered for eight months and the doctors diagnosed his disease as P.U.O (Pyrexia of Unknown Origin). A large crowd attended his funeral to pay respects to this thespian comedian.