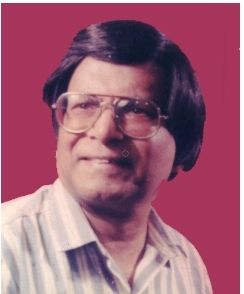 Alfred Rose who has earned the sobriquet of 'King of Melody’, has had more than six decades of popularity to his credit. He was christened Junior Rose by the versatile Konkani dramatist C. Alvares, because he was the youngest among the actors during his debut in Konkani tiatr (a unique type of drama) way back in 1943. Rose, who has made his village proud by carving a niche among the Goans in the field of music, later changed his name to Alfred Rose in 1952.

On the professional stage, Alfred sang his first song When are you going to pay? at renowned dramatist J.P.Souzalin's tiatr Poilea Cheddeachem Baltim (First Child’s Baptism). He was first seen in Miss Ida's (Jose Mendes) drama where he sang the solo Kiteak Jiv Khatai? (Why are you eating my brains?) He is one of the few educated tiatrists, having completed the CAIIB (Banking professional examination) after passing the SSC Examination. He had brief stints with National Overseas, Grindlays Bank Ltd and Larsen & Toubro. He has also served at Citi Bank, Abu Dhabi in the year 1970.

He staged his first tiatr in 1956 titled Hench Tern Karann (This Is The Reason). There was a time when tiatrs were looked down upon by the elite because of the base fare they presented. Alfred resurrected the tiatr scene by composing and rendering educative presentations.

A cynosure of his numerous ardent fans, he has many firsts to his credit. Alfred has the distinction of publishing fourteen song books containing lyrics of the numerous songs he has cut on disc. He was the only artist at the time to publish comics in Konkani. He introduced the concept of non-stop drama in Konkani with his presentation of Director Saib (Mr. Director) in 1961, which included twenty-seven songs relevant to the story.

His film career commenced with the composition of an English song entitled, I lost my heart to you for Amchem Noxib (1963) Konkani film. Thereafter he composed five songs for Sukhachem Sopon (Dream of Bliss) viz. Jurament Nokhetrancher (Vowing on the stars), Patovantli Kunvor (Fairy from Parasdise), Motiancho Surngar (Decoration of Pearls), Noxib Nachta Kumpasar (Fate dances to the rhythm) and Nirmonn Devalem (God’s Destiny). For Boglant (1975) he composed seven songs which are Osoch Fottoitai (You cheat me in this manner), Suknnem (Bird), Bizlecho Pavor (Power of Electricity), Anvdde Tuje Sompoi (Complete your wishes), Tum Mhojem Sukh (You are my joy), Novem Voros (New Year) and Sukh Ailem Lotton (Joy came rushing). For the song Nimannem Besanv (Final Blessing) he only provided the music. The Konkani film Suzanne (1982) has three songs composed by him viz Ho Sonvsar Kortubancho (This world is full of deeds), Suria udeta ani to ostompta (The sun rises and it sets) and Suzana sundori gori gori ek pori (Suzanne beautiful, fair fairy).

The English-Konkani song Come on Sing from Love In Goa (1983) was composed by him.