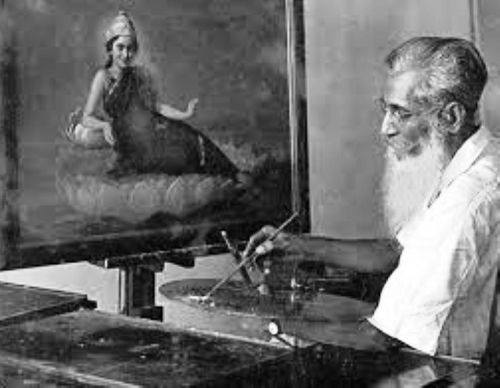 One of the key figures to have revolutionised filmmaking in Indian cinema, Baburao Painter’s filmography boasts of several firsts for Indian cinema, all credited to his innovative vision.

He was born on 3 June 1890 in Kolhapur in a family of artists as Baburao Krishnarao Mestri. Popularly known as Baburao Painter, he earned the title by teaching himself to paint and sculpt, usually in art school traditions. He worked as an art director in Gandharva Natak Mandali, Pune and Sangeet Nataks along with his cousin Anandrao Painter. The pair were cinephiles who consumed all the English films exhibited in Kolhapur and were fascinated by Dadasaheb Phalke’s Raja Harishchandra (1913). They wanted to learn the way the camera functions. After Phalke denied them the opportunity to learn how his German bought camera functions, the dejected duo decided to make their own camera along with the help of V G Damle. The death of Anandrao in 1916 didn’t faze Baburao from completing the first indigenious camera assisted by Dnyanba Sutar, a carpenter friend in 1918.

In 1919, he set up Maharashtra Film Company in Kolhapur with his associates V G Damle, S Fatehlal and V Shantaram to exhibit international silent films. MFC was a nurturing space for these budding filmmakers who later went on to establish the Prabhat Film Company. Besides the three filmmakers, MFC also gave opportunities to other film personnels such as Kamala Devi, Sushila Devi, Keshavrao Dhaiber, Bhalji Pendharkar, Baburao Pendharkar, Master Vithal amongst others.

In 1920, Painter made his debut film Sairandhri, a mythological based on the story of Keechak and Sairandhri. It was also the first Indian film to be censored by the British government on accounts of extreme brutality on screen in a scene where Bhima slays Keechak. While there are no documents to verify this, some accounts by Chandrakant Joshi suggests that a representative announced the use of props before the scene came on.

Painter contributed to the codification of mythological films in India with several more productions such as Surekha Haran (1921), Bhagwata Bhakta Damaji (1922), Murliwala (1927), Sati Savitri(1927).  Historical film was another genre that he successfully dabbled in with films like Sinhagad (1923), Kalyan Khajina (1924), Baji Prabhu Deshpande (1930) to boast of this feat.

However, Painter also made social dramas in an attempt to amplify the issues felt in the society at that time such as Savkari Pash (1925). The film portrayed the toll money lending took on poor farmers. Unfortunately, the audience was accustomed to the fantasy world of mythologicals and did not appreciate the realist drama that much. Meanwhile, his 1923 film Sinhadgad was widely popular with the masses, so much so that the Revenue department introduced an entertainment tax, yet another first in Indian cinema. He was also bestowed with the title Cinema Kesari for the film by Lokmanya Tilak. He considered his cinema as an extension of the Swadeshi movement. Besides that, he was also honoured in Wembley Exhibition in London the following year.

Painter was an innovative creator who created storyboards for his screenplays. By using stenographic methods, he would sketch details like characters movements and even costumes to ease the process of shooting. He broke the convention of shooting a film in the format of a stage play and shot in 3D sets for an authentic feel to the scenes. A signature of his films was to evoke a genuine narrative world through set designs and costumes for the viewer. He also accomplished the unimaginable of shooting at night for Sinhagad where a lead actor takes a walk around a fort. He achieved this by laying out gunpowder along the course and lighting it when the shot began. The risk was worth taking as Painter achieved to capture a scene with artificial lighting for the first time in Indian cinema. After this, he made use of electrical indoor lighting to reduce the dependency on natural lighting for shooting. He also used red and yellow backdrops to register a particular shade of grey on the camera, as well as using tinted glass to create filters. The use of fades in his films was also noticeable.

Painter was a pioneer in creating film booklets that contained all the necessary information related to the film, including photographs, a tradition that was followed until recently.
With the advent of talkie era, Painter receded back to his roots of painting and sculpture as he felt that sound will ruin the visual culture of films. 1931 saw the end of MFC when his associates Damle, Fatehlal and Shantaram left to establish Prabhat Film company. Painter’s Kalyan Khajina and Sati Padmini (both 1924), Shantaram’s Netaji Palkar (1927), Damle & Fatehlal’s Karna (1928) and Gidwani’s Nisha Sundari (1929) were some of the most successful films from MFC.

He added a Marathi soundtrack to Prem Sangam (1932) and re-released it as a sound film in 1934. He later remade a couple more of his old films with sound such as Savkari Pash (1936) and Pratibha (1937). Lokshahir Ram Joshi (1947) was a joint directorial venture with V Shantaram, based on the life of the 18th century poet from the Peshwa era.

Baburao Painter passed away on 16 January 1954 at the age of 64, leaving behind a rich legacy and an immense contribution to Indian cinema. 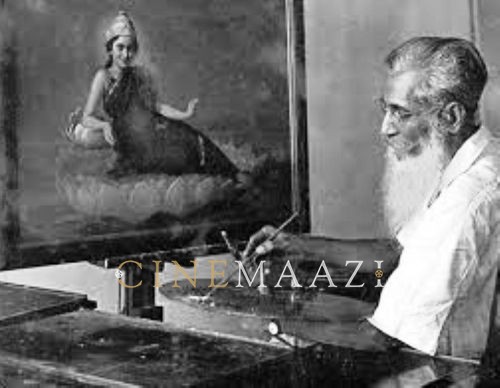