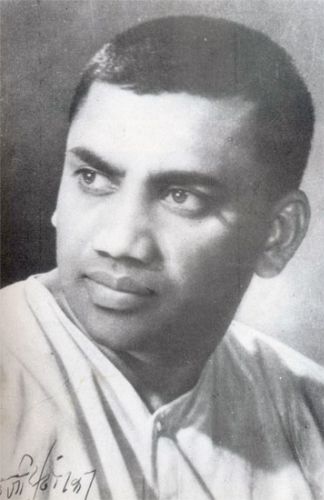 One of the earliest filmmakers associated with the Hindi and Marathi film industry, Bhalji Pendharkar enjoyed immense success and acclaim in the history of Indian cinema and is still regarded as one of the most prominent historical filmmakers. A screenwriter, playwright, editor and director, he was a contemporary of eminent personalities like V Shantaram, Baburao Painter and his brothers, actor Baburao Pendharkar and actor-director Master Vinayak. Beginning his career in the film industry during the reign of silent era films, he believed history to be the driving force in the expression of cinematic meaning and entertainment through which filmmakers could relay contemporary issues and messages in a subtle and coveted manner, under the strict rule of the British.

Born on 3rd May in 1898 in Kolhapur, his name was Bhalchandra Gopal Pendharkar. The son of a surgeon who was closely associated with Shahu Maharaj, the Chhatrapati of Kolhapur, he was not interested in following in his father’s footsteps and instead, developed an affinity for cinema and politics, and was even involved in the Indian freedom struggle. Initially joining the army, he roamed all over Punjab and the adjacent regions before coming back to Maharashtra in the role of a Manager to work with the Laxmi and Apollo theatres. He then started working as a sub-editor for Kesari – a prominent Marathi nationalistic newspaper, where he came in contact with its founder, Lokmanya Bal Gangadhar Tilak. Attracted to the eminent leader’s ideology and politics, he became invested in the Indian Independence Movement.

Shortly after this, he even started his own printing press and edited the Marathi section of Cinema Samachar, a periodical dedicated to cinema. Deeply invested in the nationalist spirit and Maratha history, he also began researching the life of the legendary ruler Chhatrapati Shivaji, to write an exhaustive historical account on him, although this book was never completed. It however set the premise for the eight-film series he worked on to re-create the life and times of Shivaji. In the meantime, he began writing plays which further reflected his nationalist affiliations, titled Asuri Laalsa, Raashtra Sansar, and Kayade Bhang. During his time working as an editor and playwright, he became closely associated with Baburao Patel, who was a significant personality in the Indian film industry and who went on to edit the prominent film magazine, Film India. It was Patel who introduced Bhalji Pendharkar to producer-director Manilal Joshi, who at the time had just started his own production banner called Ashoka Pictures in Gujarat. It was under this banner that he came to work on his very first film project with a screenplay for Prithvi Vallabh (1924), starring Fatma Begum, Zubeida and Sultana. The film however, did not receive any acclaim or commercial success.

He then staked claim in another project only when he was invited by the Sharda Film Company in 1925 to work on the film Bajirao Mastani, which narrated the legendary story of Bajirao Peshwa and his love affair with Mastani. This was the first film he directed and it gave the previously dejected filmmaker a decently good start in the film industry.

Having tread the tricky waters of the early Indian film landscape, Bhalji decided to start his own banner in 1927, called Vandemataram Film Company, in collaboration with his elder brother Baburao Pendharkar, who was earlier working with the Maharashtra Film Company. Under the banner, they released their first film titled Vandemataram Ashram (1926), starring Parshwanath Altekar opposite Yamunabai. The film was a comment against the British educational policies which sought to cultivate a clerical mentality among young Indians. Given the film’s strong critical stance, they were refused certification from the censor board five times and were even threatened with prosecution for anti-British activities. By the time they received the certification and could release it, the film reels were thoroughly mutilated, which led to a despondent closing of the company.

Following this, the director worked on two scripts for the Prabhat Film Company, for the films Rani Saheba (1930) and Zoolum (1931) directed by V Shantaram and K Dhaiber respectively. However, since his heart was in the medium of film direction, he soon took up an opportunity offered to him by the Maharashtra Film Company, when they invited him to direct a film titled Baaz Bahadur, starring silent era star Sulochana. This went on to be his first silent film directorial, and was released as Rani Rupmati (1931). His career picked up splendidly from this point on and he went on to direct a film for Saraswati Cinetone titled Shyam Sunder (1932), starring Shanta Apte and Shahu Modak in the lead roles, which was the first-ever film made in three different languages i.e., Hindi, Marathi, Bengali and was also the first to celebrate a silver jubilee in the history of Indian cinema. This project solidified his position as a director of great merit and worth and added major credibility to his future projects.

This success came to him at the perfect timing since the film industry in Kolhapur at the time had started to slowly disintegrate and the then Chhatrapati, Rajaram Maharaj, was heavily invested in its revival. This led to the establishment of a state-sponsored film company with the help of Bhalji Pendharkar and his half-brothers. Major Dadasaheb Nimbalkar was appointed as the Managing Director of the company which was named Kolhapur Cinetone. The first film released under this banner was Akashwani (1934), directed by Bhalji himself. The entire venture was highly prestigious and the eminent director even stepped up to play a small role in the film, apart from being the writer, lyricist and director for the same.

These productions were subsequently followed by a variety of historical and mythological films directed for various companies which include Parthakumar (1934), Kalia Mardan (1935), Savitri (1936), Kanhopatra (1937), and Raja Gopichand (1938). Soon after, he finally launched his own production company after leaving Kolhapur Cinetone, called Arun Pictures in 1938 and thus returned to his previous affiliation towards historical filmmaking. Throughout the 1940s, he would focus on this genre and went on to direct some of his best works, including his first historical film in the talkie era, the hugely successful Netaji Palkar (1939), starring Master Vithal and Lalita Pawar in the lead.

With a few attempts to make films in Hindi, Bhalji largely remained focused on Marathi cinema and even explored the genre of family melodrama with films like Sunbai (1942) and Sasurvaas (1946). With time however, the era of mythological and historical dramas was beginning to fade and was replaced with relevant social dramas being made by major film banners. Even so, Bhalji Pendharkar had by then created an indelible legacy within these areas of filmmaking and went on to direct films well into the following decades until the 1980s.

Felicitated with acclaim and awards by the Government of Maharashtra and the Central Government for films like Sadhi Manasan (1965), and was awarded with the Dadasaheb Phalke Award in 1991. 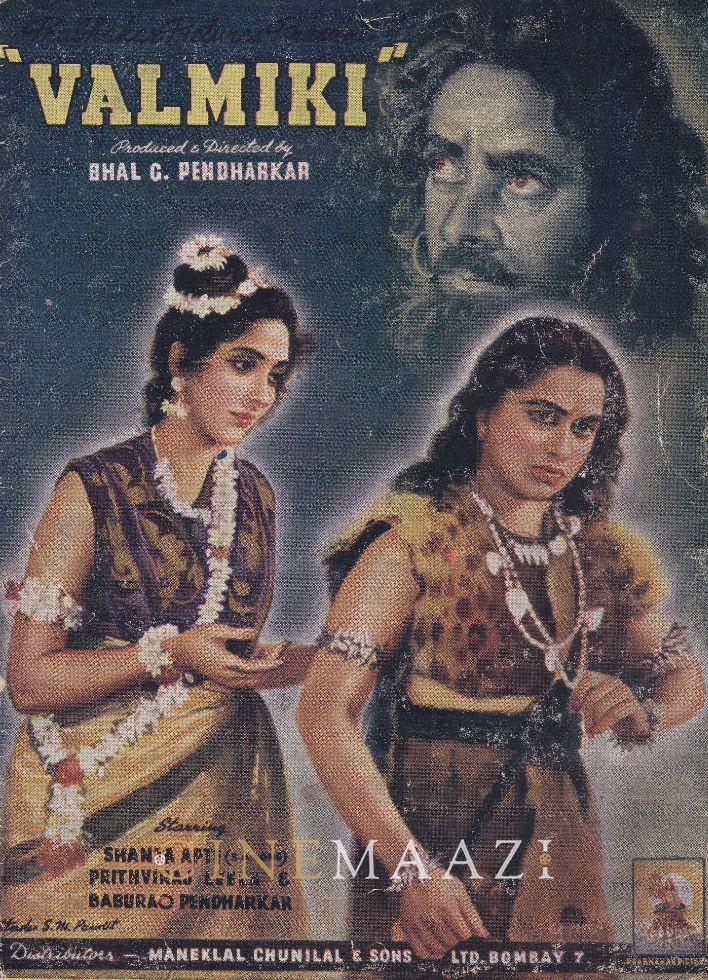