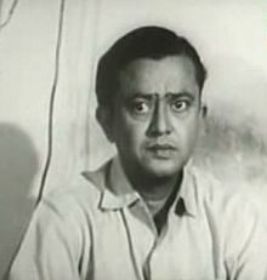 The most renowned comic actor of Bengali cinema, Bhanu Bannerjee’s trademark Bangal accent and idiosyncratic mannerisms made him a household name. Underneath the sometimes-stereotypical representation of his characters lay his sharp witticisms that undercut the elitism of Bengali bhadralok culture. His characters were an important marker for the presence of the refugee Bengali in cinema. Although mostly remembered for these roles, they comprise only a small part of the sheer variety of his creative output in over 300 films.

Born as Samyamoy Bandopadhyay in Munishgonj, Dhaka on 26 August, 1920, he had an exciting upbringing. When he was a mere eight years old, he came under the influence of the revolutionary Dinesh Gupta, and turned into an informer, keeping an eye on the whereabouts of the British officials of the city. These times spent observing people were an early lesson in studying human mannerisms. He was also associated with the Anushilan Samity’s Dhaka division. As a teenager, he was courting the ire of British officials, when he was put under house arrest in 1941. This led to his move to Calcutta. After the Quit India Movement, he joined the Revolutionary Socialist Party. As a student of the Jagannath College in Dhaka, he studied under luminaries such as Jasimouddin, Mohitlal Majumdar, Mohammed Shahidulla and Satyendranath Basu. Even these greats did not escape the barbs of his already razor-sharp wit. He was inspired by actors like Tulsi Lahiri, Nabadwip Halder, and Indu Mukherjee. His career as a comedian had already started while he was in Dhaka, with the release of Dhakar Gadoane, a gramophone record of his immensely popular comic sketch. The success of this record prompted him to release records every Durga Puja. In Calcutta, he worked for the Iron and Steel Control Board for some time.

In 1951, Bhanu staged Salil Sen’s seminal play about East Bengal refugees, Natun Yahudi, as part of a fund-raising initiative for them. He also founded the Kranti Shilipi Sangha with Sen. He was a seasoned stage comedian when he made his film debut with Bhabhi-Kaal in 1945. His breakthrough role came in Nirmal Dey’s Basu Parivar (1952), playing the Bangal businessman which made him iconic. In 1953 came another watershed moment in his career with the huge success of Sharey Chuattor (1953). His line Masima, malpo khamu in the film became the stuff of legend. He went on to become a formidable name in the Bengali film industry, with his popularity on par with the biggest leading actors of his time. He also made a popular comedy duo with Jahar Roy, with Bannerjee playing the East Bengali character as Roy essayed a character from West Bengal. His universal popularity often cut through the existent tensions between the two communities. He was also one of the few comedians to have his name receive top billing, especially in films that revolved around his iconic characters such as Bhanu Pelo Lottery (1958), and the ever-popular Bhanu Goenda Jahar Assistant (1971). He also played lead roles in films like Jamalaye Jibanta Manush (1958), Mriter Morte Agomon (1959), Nirdharita Shilpir Anupasthititi Tey (1959), Personal Assistant (1959), Miss Priyambada (1967), Ashite Ashiona (1967) among others. Breaking from the comic mould, he essayed more serious characters in Galpo Holeo Satti (1967), Alor Pipasa (1965), Baghini (1968), and Amrita Kumbher Sandhane (1982).

Alongside cinema he continued to remain active on stage especially in productions of Star Theatre. He later founded the jatra troupe Mukta Mancha. One of the significant plays directed by him was Jai Maa Kali Boarding (1979).

His wife Nilima Mukhopadhyay was a noted singer and the two married in 1946. They had three children – Gautam Bandopadhyay, Basabi Ghatak Bandopadhyay and Pinaki Bandopadhyay.

Historian Sharmistha Gooptu described Bhanu Bannerjee’s art as the ‘common man’s comedy’ which was often implicitly political in character. Today he is considered an integral part of what came to be known as Bengali cinema’s golden era. The legendary actor passed away on 4 March, 1983 in Calcutta. 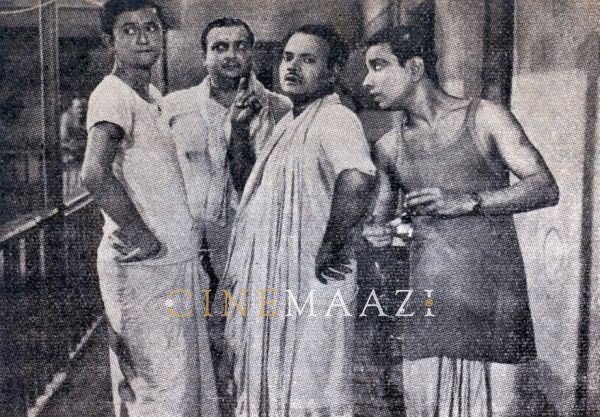