On the midnight of August 14/15, 1947 Bombay greets and celebrates the advent of India’s freedom in a most befitting, memorable and colourful manner.

On the Independence Day, 15th  August, in the office of the Anti-corruption Branch of Bombay C.I.D. Sub Inspector Satish is called upon by his deputy commissioner to track down a gang of smugglers reported to be engaged at Thana Creek, in smuggling large quantities of cloth out of the country.

Sub Inspector Satish, ordering a posse of police to follow him reaches the spot and disguised as a coolie succeeds in seizing the bales of cloth and in rescuing a young woman, named Mohini whom the ruffians wanted to kidnap. Mohini at first arouses Satish’s suspicion but her sad looks, her convinving answers and her miserable plight help her to assure Satish and his assistant Hamid Khan of her innocence.

The following day, Satish finds a clue of the mills-The Taj Mahal Mills-who had manufactured and supplied the bales seized by Satish at Thana Creek. Satish forthwith rounds up and arrests a few employees of the Taj Mahal Mills.

It could not have possibly occurred to Satish even in his wildest dreams that his own father, Jagdish Narain and the innocent and attractive looking Mohini where both involved in law-breaking activities that were being so cleverly carried on by his father’s employer Seth Dhaniram aided and abetted by the Taj Mahal Mills Proprietor. Rai Saheb Bansidhar and an unscrupulous lawyer, Vakil Ganpat Rai.

After a few days, in recognition of meritorious services rendered by him during the past few months. Satish is promoted by his Deputy Commissioner to Inspectorship and made a special Officer in charge of the Anti-Corruption Branch. This gives Satish a fresh incentive to work more vigilantly and unceasingly in tracing out the gang of smugglers engaged in Anti-National activities. In this connection, Satish had a few meetings with Mohini. These meetings bring Mohini and Satish closer and eventually they find themselves deeply in love with each other. Satish is still ignorant of the fact that Mohini the attractive and seductive Mohini, is herself the leader of that gang and that Mohini’s success in her nefarious activities is the only cause of Satish failure. However, Satish’s determination, courage, valour and efficiently bear fruit and he does succeed in finding out only this much, that the leader of the elusive gang is a woman.

Who is this woman? Who can be this woman? Could ever a woman be so unpatriotic, so treacherous? Even the ablest and smartest of police officers would not be able to answer it. May be a woman could help to solve this Puzzle pertaining to a woman. Yes, maybe, Mohini could help him Yes, Mohini the only woman he loves so dearly.

Did Mohini help Satish? Did Mohini who had all along planned, plotted, sinned and suffered against her country give herself up in order to help Satish? What happened to Dhaniram and his gang of crooks? Did the romance between Satish and Mohini bear any fruit? All this will be revealed to you as the story of APNA DESH unfolds itself on screen. 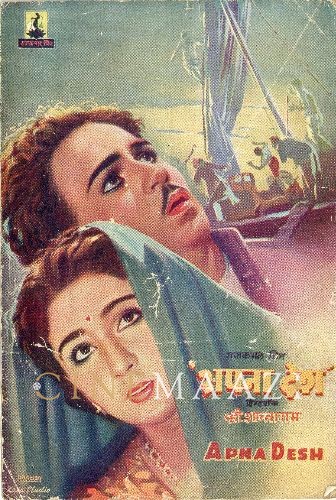 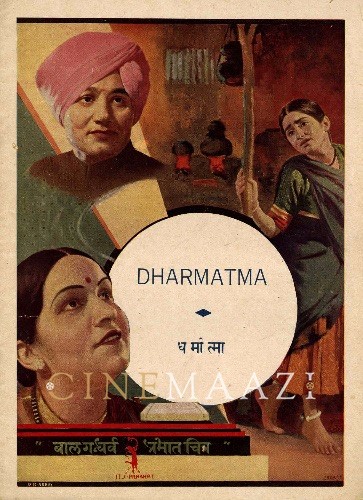 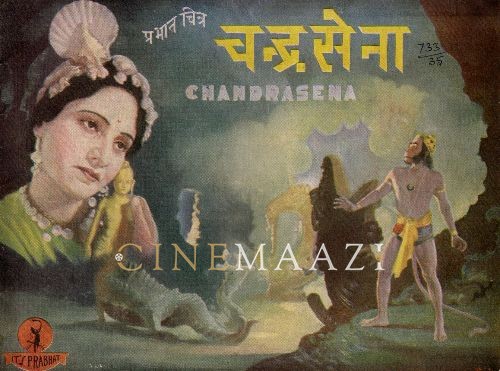