Manohar Janardhan Dixit, famously known as Dixit, was born in Sinnar, Nasik to a District and Session Judge on 12th November, 1906. Math wasn’t his strongest suit and he gave up on school entirely after two attempts at matriculation examination. His interest in Marathi litterateur Mama Warerkar led into a job as an assistant cameraman in Navjivan Studio. The shift from behind the scenes to being in front of the camera happened when someone tried him out in the role of a Nawab. While that didn’t work out, he finally began his journey as an actor in 1930 in Sparkling Youth alongside Jairaj and Madhav Kale. He worked for three more films in Navjivan studio, after which he moved to Ranjit studio.  Dixit had a big build which was a cause of a lot of anxiety in regards to his health in his life. During the shooting of Puggree in 1947, he suffered from a heart attack. He passed away on 29 June, 1949 1949 as a result of another heart attack.

Any discussion of comedy stars in Indian cinema will be incomplete without the names of, perhaps the first comic duo in India- Ghory and Dixit. They were popularly referred to as the Laurel and Hardy of India.

Ghory and Dixit- were first paired together in Char Chakram in 1932 directed by Jayant Desai. Most of the films starring the duo were directed by Jayant Desai.  Some of the most popular and beloved films of the duo are Char Chakram, Bhutio Mahal (both 1932), Bhool Bhulaiya, Bhola Shikar (both 1933). Charlie, another popular comedy actor also starred with the duo in Nadira(1934). The duo was part of Ranjit Studio until 1947.

Initially, based on their body structure Dixit took on the role of Hardy while Ghory played Laurel’s part, although later their characters evolved beyond that. Unlike the Hollywood duo who were also the leads in their films, the Indian counterpart Ghory and Dixit didn’t enjoy the same privilege. Dixit emulated Oliver Hardy by playing deadpan in comic situations and mostly focused on dialogues. He was also known for his dedication to his role and devotion towards his craft. Chandulal Shah, the founder of Ranjit Studio had even referred to him as the most intelligent Indian comedian on screen. Soon after Dixit’s death, his friend and partner Ghory moved to Pakistan. Unfortunately, most of the works of this comedy duo have been lost forever. 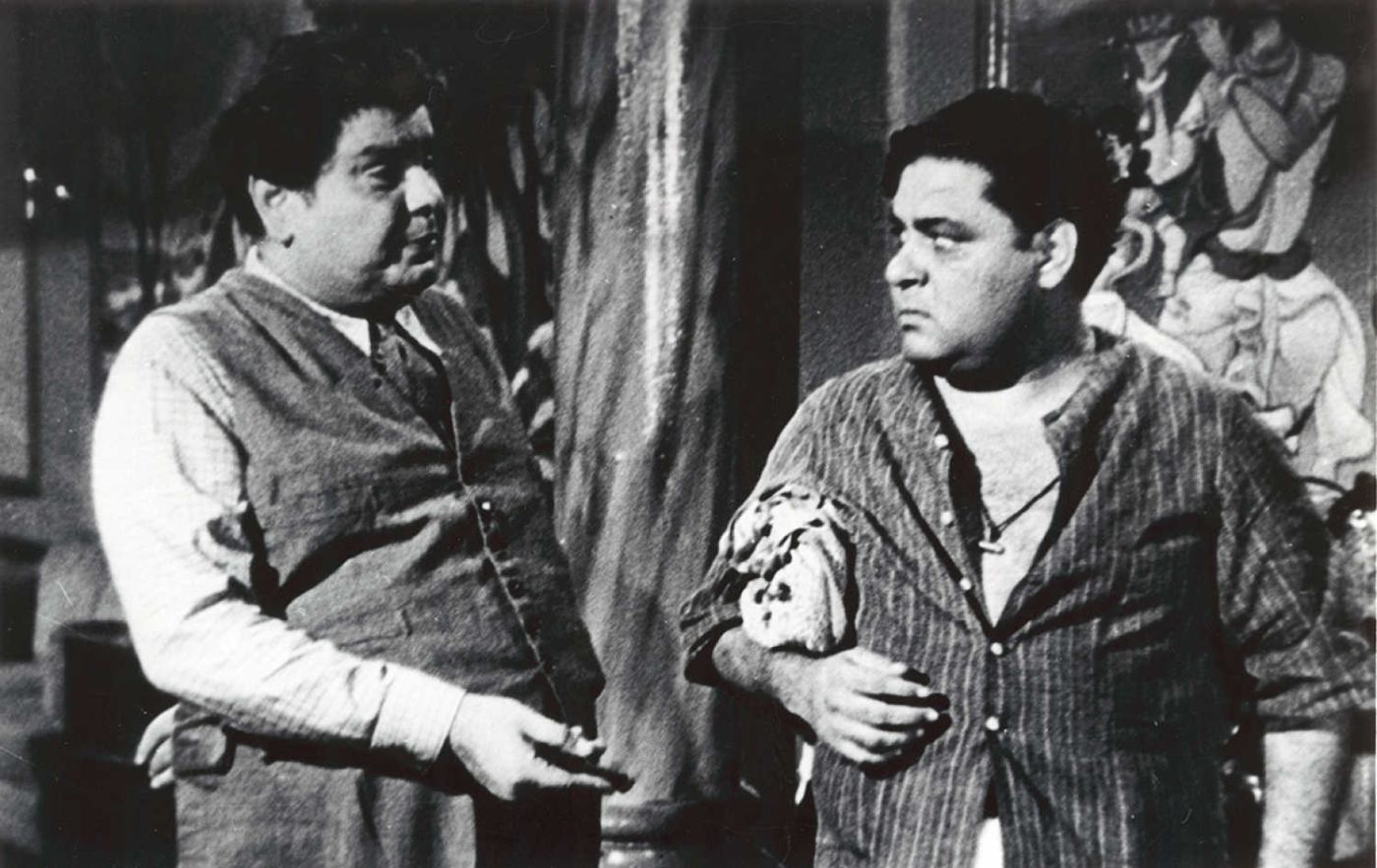