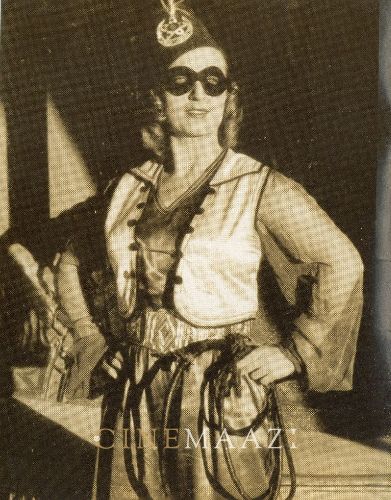 Summing up her approach to life with “I’ll try anything once,” ‘Fearless’ Nadia more than lived up to the adjective in her name. Born on the 8th of January, 1919 to a Greek emigrant Margaret Evans and Herbert Evans, an English soldier in the British army, she was christened Mary. It was the start of a happening life that would see her going on to feature in more than 50 films, becoming a symbol of fantasy, and a legend of cinematic history as the first Indian female superhero.

Her family moved to Bombay when her father was transferred to a cantonment at the Elephanta Islands. Her happy childhood filled with dancing and singing was cut short with the start of World War I. Her father died in battle at the French frontlines. As her mother decided to stay on in India, Mary was enrolled at a convent school on Clare Roadas a boarder. Weekend holidays meant a movie treat in the afternoons, where she was smitten by the daredevil screen goddesses like Pearl White and Ruth Roland.
When she was 10, mother and daughter moved to the North-West Frontier Province, where they lived for the next eight years. It was here that she discovered the thrills of horse riding, hunting, fishing and shooting. Back in Bombay in 1928, she found work as a salesgirl at the Army and Navy Stores, before she started as a secretary with good shorthand skills. In a bid to lose weight, she joined a dance school run by Russian ballerina, Madam Astrova, who went on to invite her to be part of her travelling troupe. Advised to adopt a more exotic name, a fortune-teller suggested Nada. Mary decided to add on an extra ‘a’, becoming Nadia, who would go on to make cinematic history.
Nadia quit her successful career as a dancer in 1930, to team up as a trapeze artist with two Russian artists who were performing at the famed Zarko Circus. Unhappy with the circus lifestyle, dancing beckoned again, as she went on to perform to Hindi songs on stage at various Indian cities. On tour in Lahore, her ability to sing Hindi songs, as well as her acrobatic dances, impressed the manager of the Regal Theatres Group, Mr Kanga. Convincing her to consider films as a career, Kanga introduced her to the Wadia brothers- J.B.H. and Homi. Despite her Western appearance and attitude, she ended up impressing the Wadias. Asked if she could sing or dance, she is said to have dropped that famous line – ‘I’ll try anything once’. They signed her up for two roles, her first, albeit a minor one in the film Desh Deepak (1935). She played a slave girl in the film who gets sold to the highest bidder at the auction block. Her next was Noor-e-Yaman (1935) which released the same year, which saw her as the second heroine, playing a princess named Parizad. The film was a sequel to Wadia Movietone’s 1933 superhit Lal-e-Yaman, and gave her the opportunity to show her dramatic histrionics. Despite a lack of training, she succeeded in garnering favourable attention prompting the Wadia brothers to develop her as a star. They wrote Hunterwali, a film to showcase their new blue-eyed actress’s acrobatic and audacious antics. They completed the film within six weeks on a budget of Rs.80,000. However, the distributors quaked at the content: a daredevil blonde swinging from the chandeliers, sword-fencing and breaking every rule of the standard film heroine. Eventually, it was left for Wadia and his partner M B Billimoria to release the film themselves. Hunterwali released in June 1935 minus any publicity. Yet the film attracted audiences in droves, running houseful on the first day of release itself. It soon became the highest-grossing Indian film of the time. Stunt films as a genre was born, as was a star named Nadia. As the masked vigilante in Hunterwali, (the woman with a whip), swinging her whip and yelling ‘Hey-y-y’, she became the first female superhero

It was the first time Indian cinema was treated to the idea of a female Robin Hood, who defeated the baddies and delivered justice. No heroine had ever done that before. The masses surprisingly welcomed this swashbuckling woman, in times when the coy, traditional woman was the norm. Nadia went on to essay multiple variations of her Hunterwali character. From fighting atop a speeding train, jumping off a cliff, taming lions, hauling men over her shoulder, bashing up the baddies, she did it all herself, no stunt doubles involved, in the course of her career which lasted decades. In fact, she seemed to raise the bar as far as toughness went, in a series of films including Miss Frontier Mail (1936),Lutaru Lalna (1938), Diamond Queen (1940), Punjab Mail (1939), Jungle Princess(1942), Hunterwali Ki Beti (1943), Lady Robinhood(1946), Jungle Queen (1956), Khiladi (1968) and many more.

Ironically, this white woman onscreen grew into a symbol of hope for the oppressed in pre-Independent India. Fearless Nadia took on a range of ills in her successive films. If she played a Harijan fighting against the injustice of the system, she also fought for Hindu-Muslim unity and secularism, and the rights of women. More importantly, she brought joie de vivre and humour to her performances. With Punjab Ka Beta as her pet horse, her faithful dog Gunboat, her car named Rolls Royce Ki Beti and her acts of derring-do, this ‘Hunterwali’ was unstoppable and well-loved. She not only had the audiences laughing and applauding but also sent them home with a social message. Fearless Nadia was indeed worthier than the heroes of the time. Her contribution to the Indian film movement is thus immense.

When the stunt genre began to run out of steam in the mid-40s, Nadia quit Wadia Movietone and joined Homi Wadia, who set up his new company, Basant Pictures. Social films were the new flavour of the season, and Nadia featured in Mauj (1942). The film, a social, included a melodramatic scene in which Nadia had to cry. The audience could simply not digest this and demanded that the scene be removed! Nadia was able to recreate the Hunterwali magic in Homi Wadia’s The Daughter of Hunterwali (1943). It won the box office, changed the tide and revived the stunt genre. Nadia went on to win over a younger audience with a slew of films including Tigress (1948), Stunt Queen, Dhoomketu (1949), Lady Robinhood (1946), Wild Cat, Jungle Goddess(1948) and Baghdad Ka Jadu (1956).

Love had apparently struck after Nadia and Homi Wadia’s fourth film together but they eventually only married in 1961. While she retired from the screen, she threw herself into her passion for breeding thoroughbreds for racing. Her colt Nijinsky won both the Indian Derby and St Ledger, becoming the greatest racehorse of the Indian turf. She returned to the silver screen for her final role in Khilari (1968), a spoof on the popular James Bond films. She passed away at the age of 88 on 9th January, 1996.
She was the subject of a documentary produced by her grandson Riyad Vinci Wadia in 1993 entitled Fearless - The Hunterwali Story. 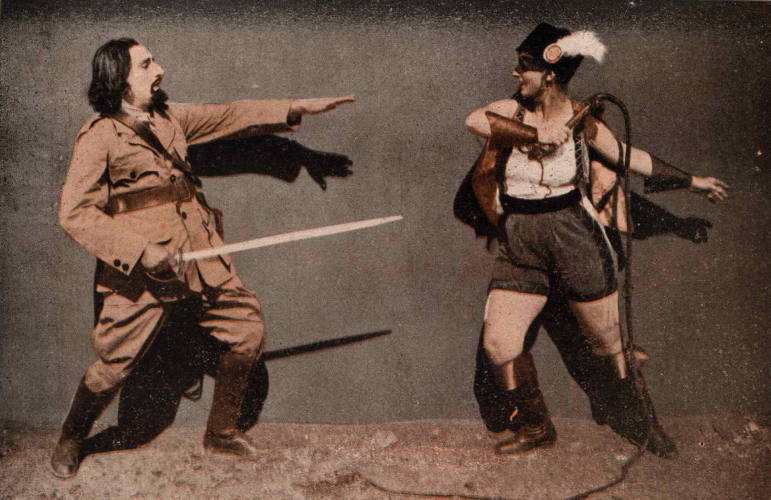 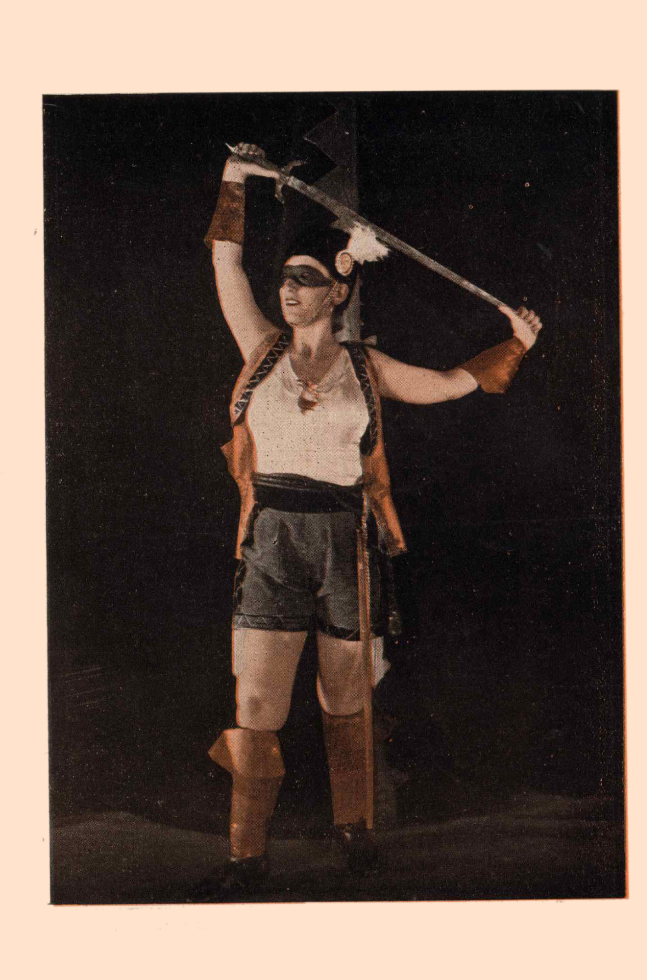 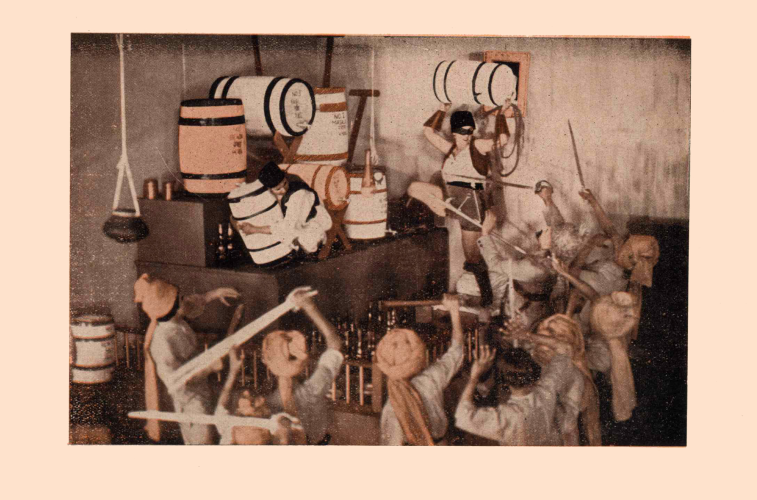 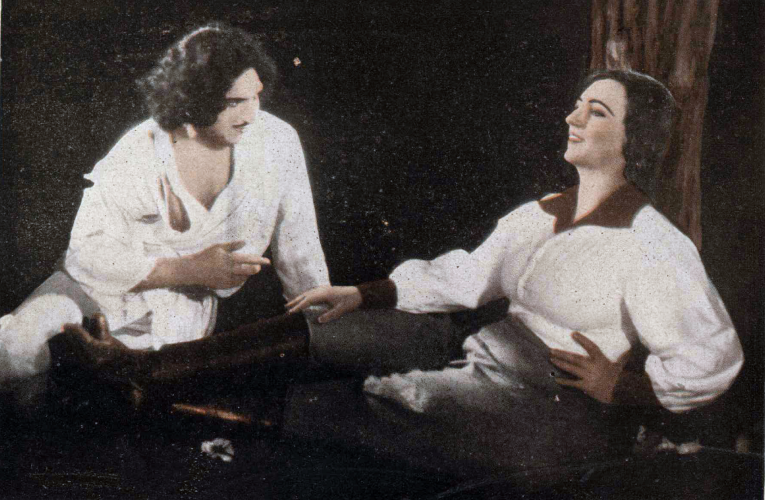 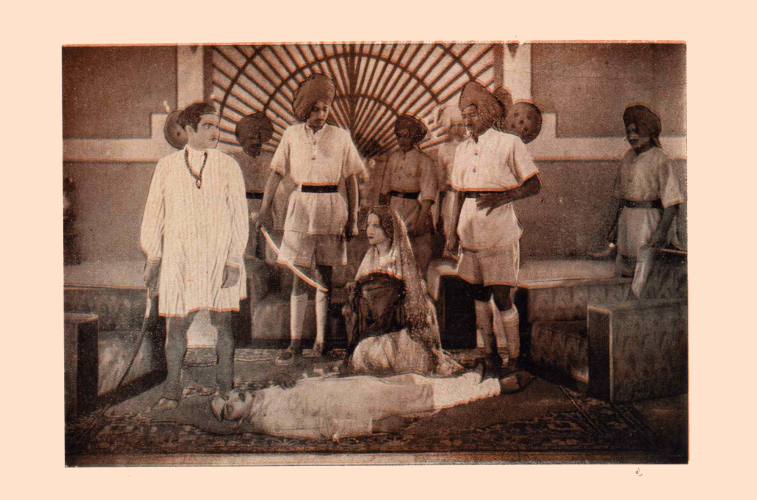 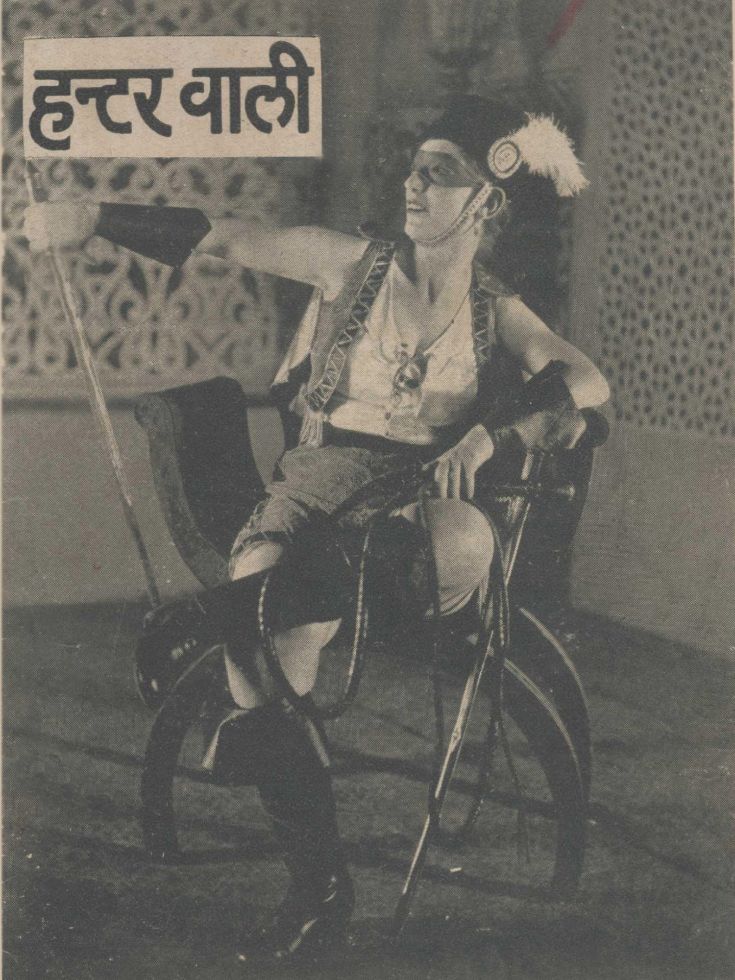 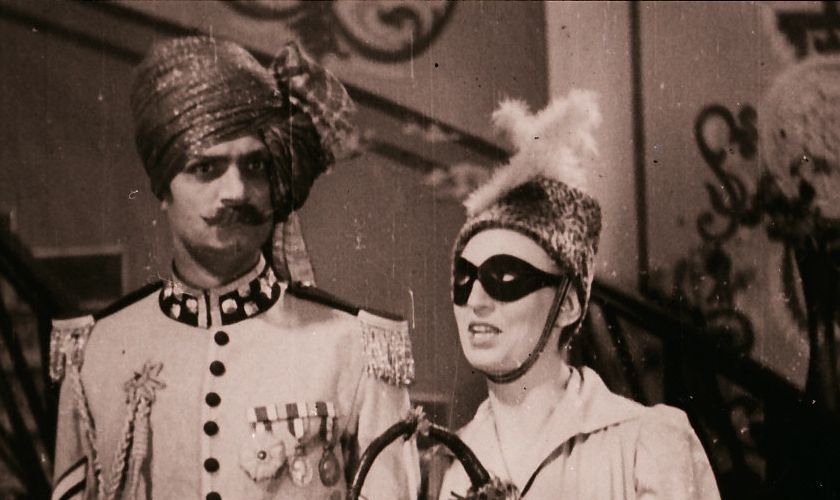 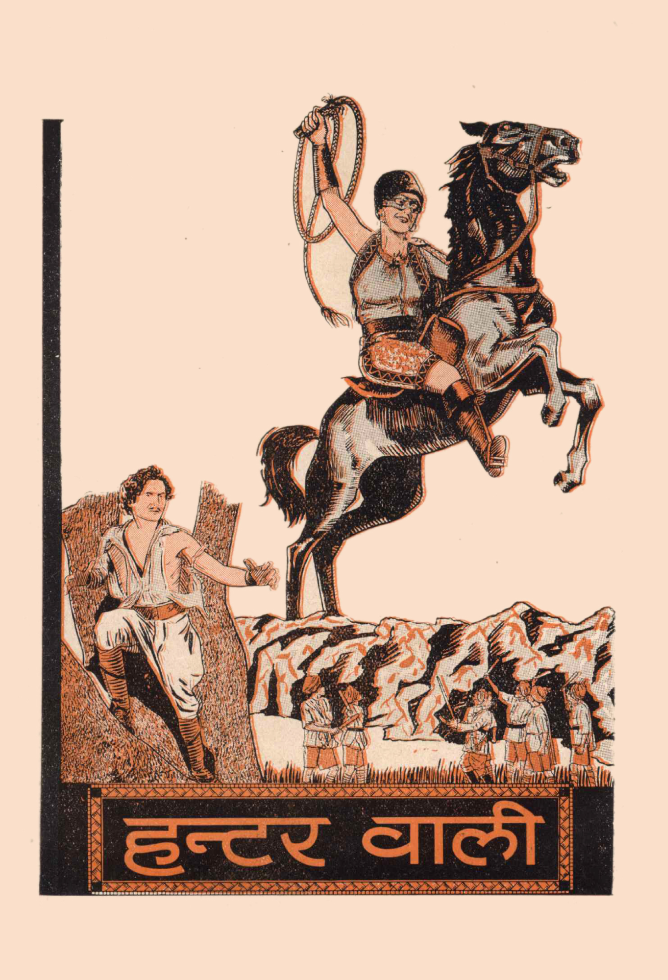 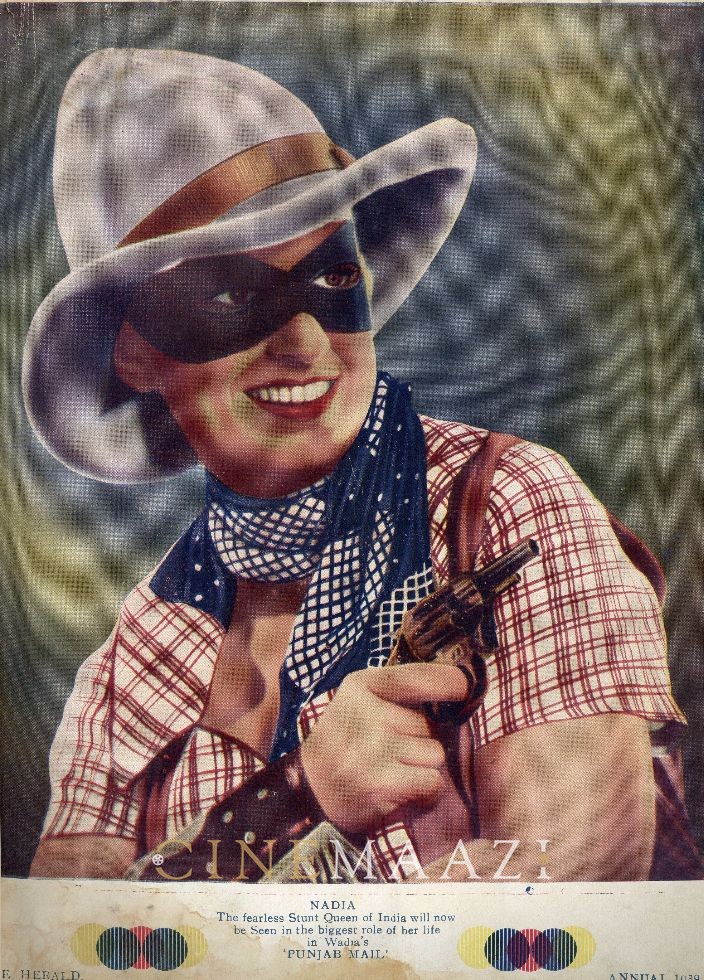 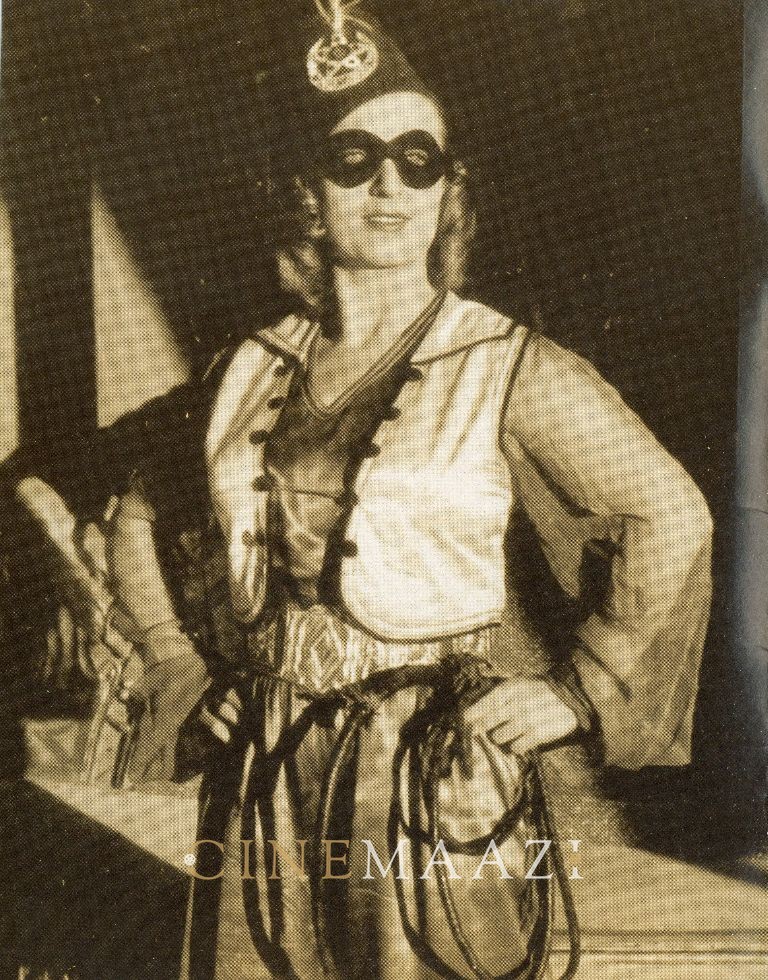 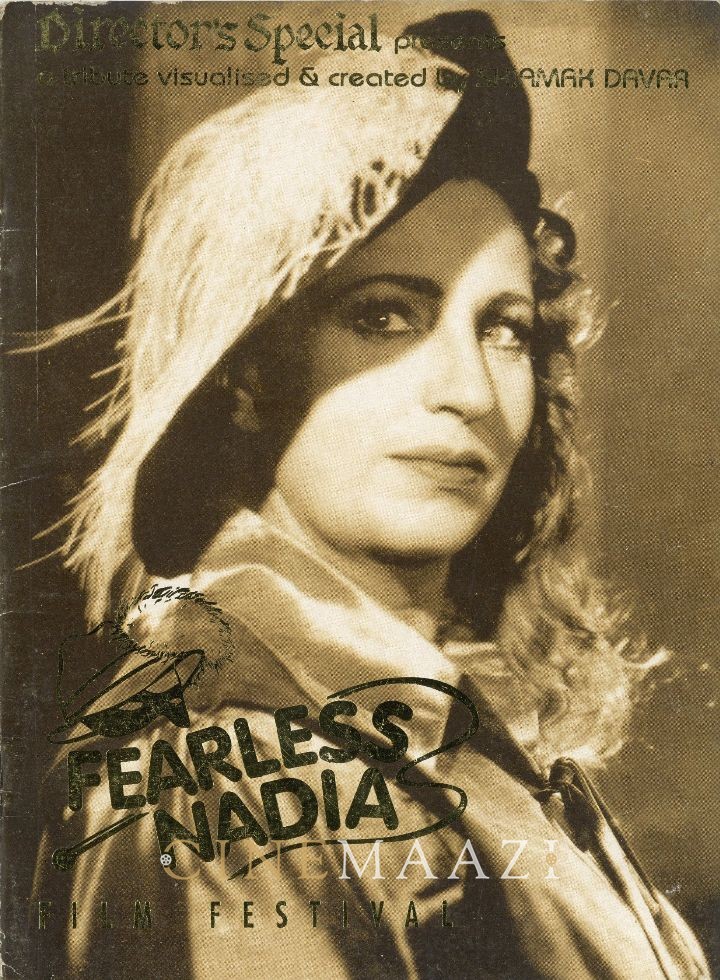