Born on 22 June, 1922, Ishrat was one of seven children born to Delhi’s Sheikh Imamuddin and his wife Munawwar Jehan. Her mother was a student of Hakim Ajmal Khan and practitioner of the Unani system of medicine. She studied in Baptist Mission Girls School and was known to be a meritorious student. As youngsters, Ishrat and her sister Roshan Jehan were keen to try their luck in films. Their father, however, was strictly opposed to the idea. The situation changed when their father’s gambling habit saw him facing financial difficulties. Her mother took on medical jobs in Maharashtra and later in Rajasthan to support her family.

The tryst with cinema began when her sister Roshan sent a letter to Saraswati Cinetone with her photo, and received an offer for a screen test. Their father was initially furious, but financial constraints led him to rethink the matter. When Ishrat was around 12–13 years old and was studying in standard 8, her father brought her and her elder sister Roshan Jehan to Poona to find work in films. As talkie films had arrived, filmmakers were on the lookout for good-looking boys and girls who were fluent in Urdu and Hindi. Soon, the sisters found work in Saraswati Cinetone. Ishrat was renamed Indurani, and Roshan became Sarojini. Earning Rs 300 per month as salary in Poona, Ishrat and Sarojini lived in the care of their maternal grandmother, while their father left for Delhi. Indurani made her first film appearance in the Marathi film Savitri; it was a minor uncredited role of a younger sister. Unfortunately, Saraswati Cinetone shut down due to losses, leaving the sisters deciding to shift to Bombay to seek work. Actor Vasantrao Pehelwan, whom they had befriended in Poona, helped them find accommodation in Dadar’s Hindu Colony in Bombay.

In Bombay, Indurani found work in Daryani Productions’s films such as Fida E Watan (1936), Pratima (1936), Bulldog (1937) and Insaaf (1937). It was while shooting Pratima and Insaaf that she and her co-star Prem Adib fell in love. She had known him before and had even helped him get his break. However, when Adib failed to go against the wishes of his Kashmiri Pandit family, who opposed the union, she ended the romance. As a freelancer she found herself in films like Meri Bhool (1937), Mr X (1938) and Sunehra Baal (1938).

Producers such as V Shantaram and Sohrab Modi began to offer the sisters work. Signed by Modi’s Minerva at Rs. 450 per month, they were later signed by Ramniklal Shah of Mohan Pictures and his friend Nanabhai Bhatt (father of Mahesh and Mukesh Bhatt) for Rs. 500 per month. Thus, from 1938 onwards, Ramniklal Shah took them under his wing.

Ishrat and Sarojini worked together in three films: Jadui Kangan (1940), Hatimtai Ki Beti (1940) and Tajmahal (1941). Story has it that when Indurani saw actress Leela Chitnis smoking using a long holder, she tried to do likewise. However, actor Sohrab Modi, who treated her like a daughter, pointed out that it did not suit her, and this was the end of Indurani’s tryst with smoky sophistication!

A hard-working girl by all accounts, Indurani worked in double shifts. She soon saved enough money to construct her own bungalow in Bombay’s Western suburb of Santa Cruz in 1940. This was a rare achievement, so much so that the Times of India newspaper ran a front-page story dubbing her the youngest house owner in Bombay, since she was just 18 years of age. Her house was designed by the famous architect Noorani.

Indurani was married to producer-director Ramniklal N. Shah, who owned the famous Mohan Studios—they had secretly wed when she was 17. They remained married until his death in 1973. The couple had six children. In 1942, she tragically suffered a miscarriage while shooting. The resultant depression and Ramniklal’s unwillingness to let her act led her to retire from films.

Her career began to slow down after 1943, and six years later, her last film was released in 1949. Although, she continued to train as a singer and dancer well into the 50s.

Indurani’s sister Sarojini was married to producer-director Nanubhai Vakil. Their daughter was actress Azra. Indurani’s brother Naseem Siddiqui produced and directed films made by Mohan Studios, which was owned by Indurani’s husband.

Indurani spent the last 35 years of her life in the United States of America, living with her sons, her twelve grandchildren and six great-grandchildren. She passed away on 18 February, 2012 at the ripe age of 90, after a long and contented life. She was buried in the town of Camarillo, Ventura County, California, USA.

Indurani: An Unsung but Unforgettable Heroine of the Early Talkies by Professor Surjit Singh 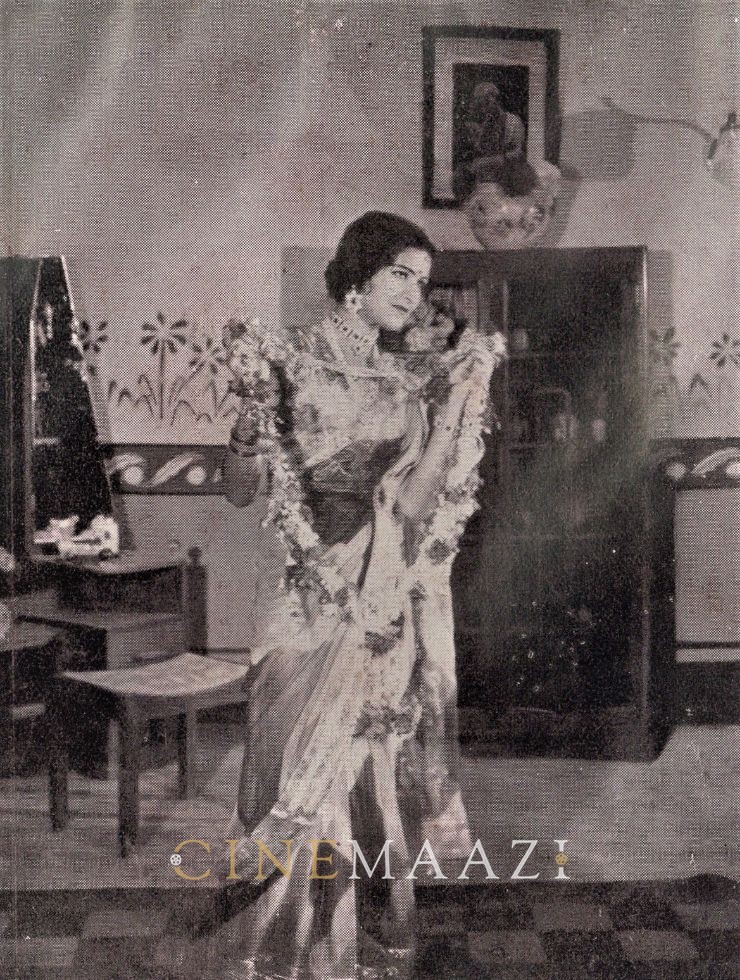