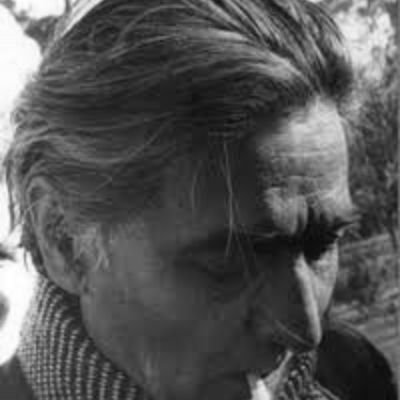 Noted poet and lyricist Javed Akhtar had described his father, Jan Nisar Akhtar, a well-known poet of Urdu ghazals and nazms, and a Hindi film song lyricist, thus… “The word shayar was made looking at him. He had the personality of a shayar. With his long hair, half closed eyes, smoking and looking at the smoke. He was lost in imagination most of the time. He would forget important things and would remember old things. He was a poet in a real sense.” That, he indeed was… Celebrated for his romantic and revolutionary poetry, Jan Nisar Akhtar was known for his trademark simple yet eloquent and meaningful style. Part of the Progressive Writers Movement, he has to his credit seven collections of poems, including ghazals, nazms, masnavis, quatrains and songs. Penning lyrics for Hindi films, he gained popularity writing no less than 150 songs, working with music directors such as Khayyam, O P Nayyar and C Ramchandra. Among the songs he created that remain memorable are Mujh pe ilzaam-e-bewafai hai from Yasmin (1955), Meri neendon mein tum from Naya Andaz (1956), Aankhon hi aankhon mein ishara ho gaya from CID (1956), Beqasi hadh se jab guzar jaye from Kalpana (1960), Aaja re from Noorie (1979), and Ae dil-e-naadaan from Razia Sultan (1983). His poetry works which include Nazr-e-Butaan, Salaasil, Javidaan, Pichali Pehar, Ghar Angan and Khaak-e-dil, are acclaimed with the latter (The Ashes of Heart) being awarded the 1976 Sahitya Akademi Award in Urdu by India's National Academy of Letters, Sahitya Akademi.

He was born Syed Jaan Nisar Husain Rizvi on 18 February, 1914, into a family of well-known writers and Islamic scholars. Passing his matriculation from Victoria Collegiate High School, Gwalior, he joined Aligarh Muslim University, earning his BA Honours and MA degrees. He started his doctoral work, but had to return to Gwalior due to family conditions. Starting teaching in the 1940s, post-Independence he moved to Bhopal to teach Urdu at Hamidia University. He also became part of the Progressive Writers' Movement. In 1949, he quit teaching and left to explore opportunities in the film industry in Bombay, as well as write ghazals and nazms for general publication.

It was in the city that he established contact with other Progressive writers, such as Mulk Raj Anand, Krishan Chander, Rajinder Singh Bedi and Ismat Chugtai, who came to be known as the Bombay Group of Writers. Creating a niche for himself as an Urdu poet, he smoothly reinvented himself as a Hindi film lyricist. Securing a break was not easy and it was years before he was assigned the lyrics of the film Yasmin (1955), with music by C. Ramchandra. Among the films he went on to write lyrics for were CID (1956), Naya Andaz (1956), Black Cat (1959), Rustom Sohrab (1963), Bahu Begum (1967), Prem Parvat (1974), Shankar Hussain (1977), Noorie (1979), and Razia Sultan (1983). Some of his memorable lyrics feature in songs like Meri neendon mein tum in Naya Andaz (1956) rendered by Kishore Kumar and Shamshad Begum; Garib jan key hamko naa tum daga dena sung by Mohammad Rafi in Chhoo Mantar (1956); Piya piya piya in Baap Re Baap (1955); and Aap yun faaslon se in Shankar Hussain (1977) rendered by Lata Mangeshkar.
Akhtar also wrote and produced Bahu Begum, starring Ashok Kumar, Pradeep Kumar and Meena Kumari, which was a Muslim period drama set in the bygone era of Lucknow, woven around a mythical story of the Begum's manor.

Jan Nisar was also commissioned by the first Prime Minister of India, Jawaharlal Nehru to compile the best of Hindustani poetry of last 300 years. The first edition of the book titled Hindustan Hamara (Our Hindustan) in two volumes was released by Indira Gandhi. The book contained Urdu verses on diverse topics, from Indian history, to festivals, rivers, and mountains.

Akhtar’s poetry was secular in nature, revolving around themes of freedom, dignity, economic exploitation which were explored by writers of the Progressive movement. His ghazals evoked romanticism, alluding to household and family life. As Javed Akhtar later revealed, his father was one of the few Urdu poets who went beyond the classic style of poetry that revolved around yearning for the beloved. “All romantic poetry is either of pining or of meeting. But one day, lovers have met and they are married. The poetry ends there, there is no poetry after that. Jan Nisar Akhtar has written a complete book called Ghar Aangan. This book of verses is only about the poetry seeing the romance of marital life. It is from the point of view of the husband and the wife.”

On the personal front, Akhtar married Safiya Siraj-ul Haq, also an alumnus of AMU, and the sister of poet Majaz Luckknawi, in 1943. Their two sons, Javed and Salman were born in 1945 and 1946 respectively. When Akhtar left for Bombay, Safiya stayed back in Bhopal to care for their children. As success as a film lyricist came his way rather late, he was also financially supported by his wife. The couple kept in touch via letters, replete with romance and poetry. On 20 July 1950, Safiya wrote, “Come Akhtar! Let me flow in your veins. I have prayed long and hard to make you mine. Seven years have gone by and for the most part we have been separated. My yearning grows with every passing day. I cannot live away from you much longer…Akhtar, I desire your companionship and you want to send me a million miles away! I am truly scared of your lyrical style of love. My very own Akhtar! Come, take me to you, hide me within you in such a way that I may not exist outside of you. Let there just be you and me within you.” A collection of these letters, penned between 1 October, 1943 and 29 December, 1953, was first published in 1955 in two volumes titled Harf-e-Aashna and Zer-e-Lab. They went on to be translated into Hindi by Professor Asghar Wajahat, former Head of the Hindi Department, Jamia Millia Islamia, and were published under the title Tumhare Naam.

When Safiya died prematurely of cancer in 1953, less than 10 years after their wedding, a devastated Akhtar penned Khaak-e-Dil (Ashes of the Heart) on his return to Lucknow. He wrote…
‘Lucknow my home, my lush green home!
In your rocking embrace
I bury the beauty of my world
The heart that beats to your rhythms
That heart too I bury here with you.’

Jan Nisar Akhtar passed away after a heart attack on 19 August, 1976.