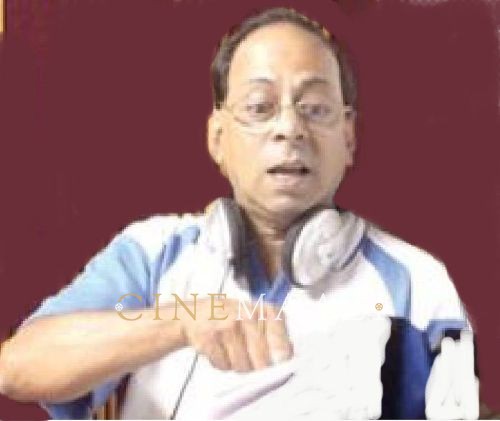 Whenever we think of Joe Rose we remember the captivating roles he played in plays and films as well as his beautifully rendered songs. Some of his famous songs are Kaxintlo Paim, Banaras Party, Sun Ani Maim, Pirjent Festacho, Purvozanchi Zomin, Sogllem Zalam Dhakttulem, Aiz Mhaka Faleam Tuka, Mitthachi Chimtti, Bhangarachi Patti, and Cezarean. His song on Goa’s genius Francisco Luis Gomes has earned praise from none other than the freedom fighter Evagrio Jorge. Philosophical and well-researched songs are his forte. Some of his notable theatrical performances are Prem Kumar’s Ordi Bhakri (Half a flat bread) and Jivit ek Sopon (Life is a dream) as a landlord, C Alvares’s Sonvsar Sudorlo Monis Sudronk Na (World has improved but not the man) in the lead role, Jacinto Vaz’s To Amkam Visorlo (He has forgotten us) again in the main role, Remmie Collaco’s Atam Konn Sukhi? (Now, who is happy?) as a father, F. Cardoso’s  Father Savio in the lead role, Prince Jacob’s  Padr Jose Vaz (Fr.Joseph Vaz) again in the main role, Menino de Bandar’s Adar (Help) as a disabled person, M. Boyer ‘s Chintnam Zalim Sopna (Thoughts turned to dreams) as a father, Samuel Carvalho’s  Daddy as a comedian and Anil Kumar’s Bhirant (Danger) in a comic role. While studying in St. Xavier's school in Mumbai he was a costumes manager for their theatrical productions. During that period Dr. Simon Fernandes who was the editor of The Goa Times weekly magazine and a former Mayor of Mumbai, staged plays like Fatima Saibinn (Our Lady of Fatima), Lourdesachem Bernadette (Bernadette of Lourdes), Venice Xaracho Vepar (Merchand of Venice)i, in which he participated. Being a teacher by profession, he was called Master Joe. In Dr. Simon Fernandes’s drama Pontius Pilate Anthony D’Sa used to do the role of Jesus Christ. For one performance he was not available. As a result Joe Rose stepped in and played the role with aplomb.
Besides plays, he has acted in Boglant as a comedian and in Girestkai as a disabled person. Similarly he is seen in C Alvares’ video cassette Faxi Mogachi and four video cassettes of Bonifacio Dias. He has assisted in the dubbing of the English films Don Bosco, The Man of the Millennium and The Life of Christ for Kids into Konkani language