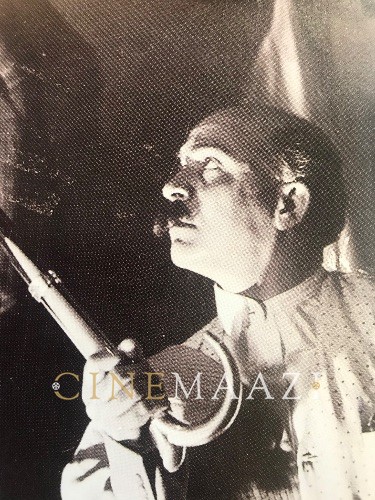 Born in Adivare village in Ratnagiri district in September 1889, he lost his father when he was just five years of age. Extreme poverty saw Keshavrao leave for Bombay to earn a livelihood, working initially as a compounder. It was watching the plays of Maharashtra Natak Mandali that fuelled in him a desire to become an actor. He joined an amateur theatre company and later, via the mediation of a well-wisher, joined the Maharashtra Natak Mandali on 20 May, 1907.

He played the role of Kichka’s wife Ratnaprabha in Krishnaji Prabhakar Khadilkar’s play Kichkavadh in 1908. Closely observing the work of Ganapatrao Bhagwat in the play, Keshavrao imbibed from him the fundamentals of acting, including how to approach a role, and the discipline required to live each role on stage. He also learnt considerably from the owner of Maharashtra Natak Mandali - Trimbakrao Karkhanis as well as the playwright Khadilkar.

Keshavrao graduated to playing lead roles on stage after essaying some female roles in Maharashtra Natak Mandali plays. Some of his prominent roles include that of Jayant in the play Premasanyas, Harishchandra in the play Satvapariksha, Vrindavan in Punyaprabhav and Vichitra in Vichitralila.

In time, Keshavrao became a partner of Maharashtra Natak Mandali in the year 1919. In the 1920s, he essayed roles of Ganoji Shirke in Bebandshahi, Kavishwar in Khadashtak and Ram in Swatimatsar onstage. Post retiring from the Maharashtra Natak Mandali partnership, he acted in plays of the Samarth Natak Mandali and Natyamanvantar from 1920 to 1934. Also an excellent drama teacher, he combined the professions of both actor and playwright, developing a reputation for artistic success and professionalism.

His role in the play Andhalyanchi Shala in 1933 won him rave reviews. Subsequently, the advent of talkies saw Keshavrao entering the film industry. He acted in Prabhat Film Company's Amrutmanthan (1935), Kunku (1937) and Shejari (1941), as well as in Baburao Painter's Shalini Cinetone's Savkari Pash (1936). His acting in the Marathi film Kunku set a high standard on the silver screen. He followed it with another sterling performance in Prabhat Film Company's Shejari (1941). Keshavrao played a pivotal role in well-known producer and director V Shantaram’s Rajkamal Kalamandir as Shantaram’s colleague and advisor from 1942 to 1967. His role in the Rajkamal film Jhanak Jhanak Payal Baaje was particularly popular. He also acted in Shantaram's Dr Kotnis Ki Amar Kahani, Navrang (1959) and Geet Gaya Patharon Ne (1964).

Alongside films, Keshavrao continued to be involved with theatre. His directorial Bhaubandaki for Mumbai Marathi Sahitya Sangh won the first prize in 1954 in Delhi. His performance in the play Sawai Madhavrao Yancha Mrityu brought the tragedy to life, as he played the role of Keshavshastra. He was the director of the play Shiv Sambhav performed by the drama branch of Rajkamal Kalamandira on the day of establishment of the state of Maharashtra (May 1, 1960) at Shivneri. Keshavrao was awarded the President's Medal of the Sangeet Natak Academy in 1964 for his outstanding contribution to theatre.