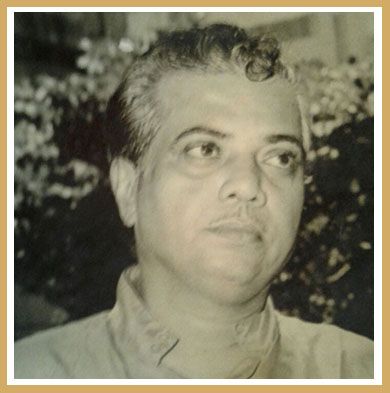 Born on 22 March, 1924 Madhusudan Kalelkar schooled in Vengurle, before heading to Bombay. Living initially in Girgaum, on the occasion of Ganeshotsav, he wrote his first play. Thus, began his writing career, as he went on to amass a wealth of literature over several years. He produced four plays. While many of his plays were performed in Gujarati, three to four plays have been made into Hindi and Marathi films.

He was adjudged winner of the Filmfare Best Screenplay Award for his work in the Rajshri production Dulhan Wahi Jo Piya Man Bhaye, the Hindi musical drama film directed by Lekh Tandon. At the Maharashtra State Marathi Film Festival, he was awarded a total of nine times for Best Story, Screenplay and Dialogue. His work in Anolakhi (1974/75), Gupchup Gupchup (1983/84), and Bala Gau Kashi Angai (1977/78) remains admirable. He was awarded Best Songwriter for the song Chandra zhopla ga bai which remains a favourite till date.

Madhusudan Kalelkar passed away on December 17, 1985.